If we were like cars, the science of fueling would be easy. Have gas? Go! Don’t have gas? Stop!

Fortunately, human metabolism is slightly more complex, featuring all kinds of fail-safes that allow us to keep going, even if we haven’t gassed up the tank for a while.

With that in mind, every committed exerciser eventually experiences fasted-state training or exercising after having not eaten for several hours.

It can happen for a variety of reasons, such as commitment to certain cultural or religious beliefs, for purported performance gains, or just because we screwed up and forgot to eat.

Under this scenario, blood sugar and liver glycogen levels are compromised, so you’re likelier to burn body fat as fuel.

Yeah, it sounds like the most awesome thing ever, but don’t get too excited.

But its benefits for everyone else, including people simply looking to shed a few pounds, aren’t so clear.

Keep in mind that I’m not talking about merely working up a sweat on an empty stomach.

I’m talking about going without food for at least 12 hours, thereby altering the way your body produces energy.

If you’re more interested in the pros and cons of working out after not eating for three to four hours (i.e., on an empty stomach when you probably still have plenty of blood sugar and glycogen), click here.

Should you work out in a fasted state? The full answer depends on your goals — and it helps to understand how your body fuels itself.

The 3 Major Fuel Sources and What They Do

Obviously, food equals fuel, but your body is pretty clever about how it makes the most of your meals.

All food is basically made up of three macronutrients: carbohydrates, fat, and protein.

When you eat them, the first thing they do is satisfy their primary objectives.

For protein, that means supporting your body’s infrastructure in countless ways, including as “building blocks” for muscles, bones, and organs.

Fat serves many functions, including giving structure to cells, but it’s mainly used as fuel.

You’ll find fat in oils, seeds, nuts, cheese, butter, olives, and avocados. The fat you use as fuel floats around in your blood.

Your muscles also store a small amount of fat for fuel in the form of intramuscular triacylglycerol.

Carbs mostly just act as fuel. You’ll find them in veggies, fruits, grains, and almost every junk food in existence.

A small amount of excess carbs is stored in your liver and muscles as glycogen. Liver glycogen works as backup fuel for every organ and tissue in your body.

How Your Body Stores Food

Generally speaking, once your food intake exceeds your current needs, it’s stored as adipose tissue (a.k.a., body fat). That goes for all three of the macronutrients (carbs, fat, and protein); eat too much of them, and they’ll literally weigh you down.

Like muscle growth, the accumulation of adipose tissue is an anabolic process, meaning that your body actively builds it up.

When you’re not consuming enough food to keep up with your energy needs, your body’s catabolic processes, which break down things like adipose tissue and muscle for use as fuel, kick in.

When you exercise, you use both fat and carbs as fuel.

But this doesn’t work like a light switch; there’s a ton of overlap when it comes to what’s burned under which circumstances.

However, even athletes with little adipose tissue have access to relatively large reserves of fat calories (about 50,000 on average).

Liver and muscle glycogen, however, are a limited commodity, only supplying somewhere between 1,400 and 1,800 calories when fully stocked.

So when your body senses it has less of them — like when you’re in a fasted state — it’s prone to conserve what it has and focus on burning fat instead.

Unfortunately, that doesn’t always lead to a smaller waist size.

The Fast Way to Fat Loss (Sort of)

Although we can no longer claim that weight loss is as simple as calories in versus calories out, that’s still a good guideline.

Both the Portion Fix and 2B Mindset nutrition plans can help you monitor your caloric intake.

If you exercise, you’ll burn even more calories, regardless of when you do it.

There are a few ways to optimize your workout to mobilize fat stores, but that doesn’t mean they’ll stay mobilized. The fat will come back or stay away, based on your total daily caloric intake.

There was a well-publicized (and oft-cited) study by Belgium researchers in 2010 that tried to disprove this, but it’s deeply flawed.

In the study, all subjects were fed a hyper-caloric, high-fat diet, but they were split into three groups:

By the end of the study, the fasted-state exercisers were better able to maintain their weight and experienced better glucose tolerance and insulin sensitivity than the other two groups.

But here’s the problem: The carbed-up exercisers were fed a 675-calorie meal 90 minutes before working out.

They were then given a hypertonic (i.e., high-sugar) sports drink to sip as they exercised.

That’s a lot of food sloshing around in someone’s gut — especially if he or she is already overfed!

Not only did the meal likely inhibit the subjects’ workouts, but the overly-carby sports drink didn’t help either.

In 2014, a far more applicable (albeit less publicized) study had very different results.

Women were split into two groups. They all ate a similar diet (right around 1,300 calories), but half of them did a cardio workout in a fasted state while the other half drank a 250-calorie shake prior to exercise.

Everyone had similar results with regard to weight loss. Admittedly, the study was only four weeks, but in some contexts (e.g., “OMG, Becky’s wedding is only a month away and I need to squeeze into this dress!”), that’s a duration worth considering.

So fasted-state training for fat loss is probably a no-go.

But what about its other purported perks — namely, that it can help you build more muscle and optimize your energy systems? This is where the fasted state debate becomes even more interesting. 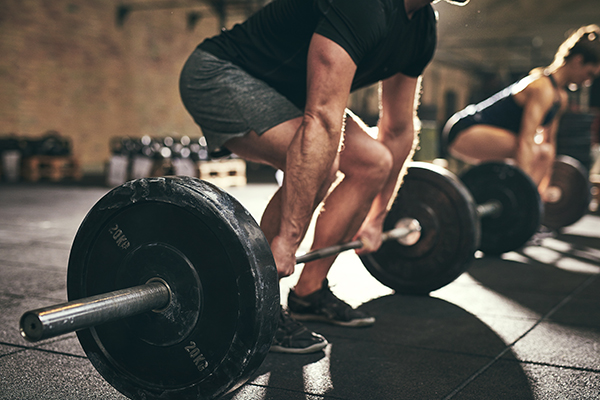 Despite what some experts claim, there’s not much research regarding the possible muscle-building benefits of fasted-state training — and what there is has been manipulated by bloggers eager to offer unique, magical ways to help you achieve your goals.

With this in mind, common sense should play a large role in the choices you make.

For example, some experts claim that fasted-state training promotes the release of growth hormone (GH).

Growth hormone’s name is somewhat self-explanatory, but for the record, it’s a hormone that promotes growth, especially in bone, collagen, and muscle.

Activities that promote GH’s release include sleep, exercise, and fasting — so it’s only natural that people try to focus on all three for a bonus effect.

Unfortunately, while the release of GH during a fast has been shown to have an anabolic effect, that’s likely a result of the body trying to mitigate the catabolic impact of not eating, according to a study at the University of Virginia.

And exercising while fasting is even more catabolic, so this combo isn’t necessary a home run.

Many bloggers claim that consuming branch chain amino acids (BCAA) before a workout, or a carb-protein drink post-workout, will solve the catabolism issue while still giving you the GH benefits.

But then you’re not really fasting, are you?

In other words, the fasted-state training/GH connection might be possible, but it’s tenuous and the science isn’t convincing.

Related: Here are some 6 Most Important Tips for Building Muscle 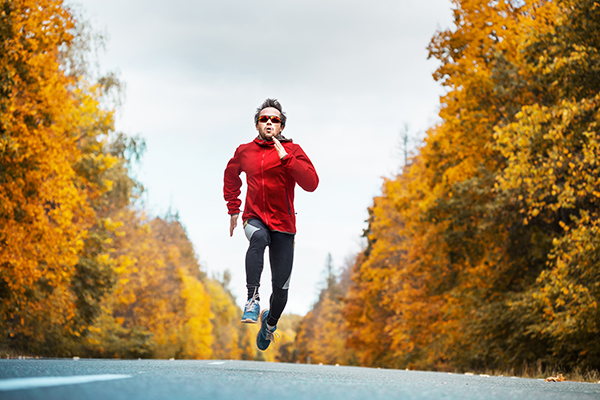 Fasted-state training is a time-honored tactic for increasing oxidative capacity (i.e., your muscles’ ability to produce energy) in the endurance sports world.

But while there are a number of studies confirming that fasting in general increases fat oxidation (burning) and decreases glycogen turnover both in rats and in humans, hard scientific evidence supporting its benefits for training is somewhat sparse.

One 2008 study on humans showed decreased glycogen use specifically during fasted-state training, but fat oxidation (i.e., the conversion of fat into energy) didn’t change.

It’s worth noting, however, that all of the participants were fed a high-carb diet the rest of the time, so the lack of increased fat oxidation could simply be a consequence of the overnight fast not being long enough to burn through all of the carbs.

Another six-week study from 2011 showed that fasted state training increased muscle oxidative capacity better than fed training, but performance gains were similar in both groups.

That might cause some people to write off the results, but keep a couple of things in mind: First, six weeks isn’t very long in the training life of a serious endurance athlete.

Second, cycling performance was tested using a 60-minute time trial. Competitive endurance events often go on for hours, so the trial might simply have not allowed enough time for the performance benefits to kick in.

(Indeed, it would have been interesting to see what happened with the cyclists after four or five hours on the road.)

Bottom line: When it comes to the benefits of fasted-state training for endurance athletes, the science is promising, but the jury is still out. 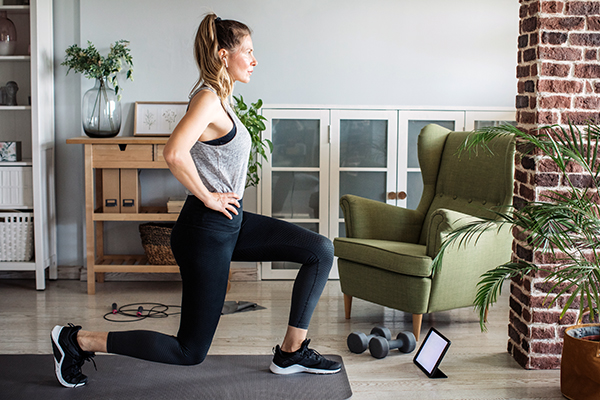 For everyone else, the jury is in: It doesn’t seem to help.

To be clear, it won’t hurt performance during low-intensity activities (i.e., those with an exertion level below 50 percent of VO2max, or maximal aerobic capacity).

You might even notice a small boost as your body conserves glycogen by burning fat.

But the point of working out is to push yourself, and that’s where fasting can backfire.

Studies show that maximizing workout intensity in a fasted state can decrease performance — even when carbs are consumed while exercising.

To sum up, if you’re an endurance athlete, you might want to consider including both fasted state and fed training in your regimen.

One thing though: Don’t do recovery workouts in a fasted state!

Those are all about giving your body, including your metabolism, a break.

But if you’re not an endurance athlete and the idea of exercising intensely for longer than 90 minutes strikes you as mindless torture, fasted state training probably isn’t something you need.

You’re better off fueling up so your muscles can get the most possible benefit from your efforts.

Fasted State Training as Part of a Cultural or Religious Fast

Performance pros and cons aside, there are times that you might find yourself training in a fasted state for other reasons, perhaps because of religious fast such as Ramadan (Islam) or Lent (Christianity).

Or maybe you’re from Geneva, Switzerland, where the whole town fasts once a year in September.

Either way, you’re probably better off training post-fast, as opposed to pre-fast.

That way, you can feed and hydrate after your workout with protein to aid muscle recovery and carbohydrates to replenish glycogen.

Not fueling up in the hours after a workout can impair recovery and, frankly, it just feels really bad.

If you plan on exercise during a prolonged fast like Ramadan and you’re not used to fasted-state training, start with easier workouts for the first few days to allow your body to adapt.

And remember that fasted-state training isn’t for everyone.

You may need to break your fast with something light, typically around 100 calories and mostly carbs, before getting started.

*Not all Beachbody products are available in all locales.