But give boxing a try and you’ll quickly find it’s a sport that requires serious skill and strategy.

It’s not just about climbing in a ring and slugging it out — as you train, you’ll develop your own personal boxing style and learn key defensive boxing techniques.

Of course, you also need to learn how to throw a punch — but all those jabs, hooks, and uppercuts are only part of the picture. There’s also defense, footwork, timing, and ring tactics.

It can take a lifetime of practice to do it well — but there are plenty of benefits to reap along the way.

Ready to take a deeper dive? Take a look at our breakdown of styles and defensive techniques below.

What Are the 4 Styles of Boxing

Once you find out what type of boxer you are, you can learn how to use your own strengths and skills to your advantage. 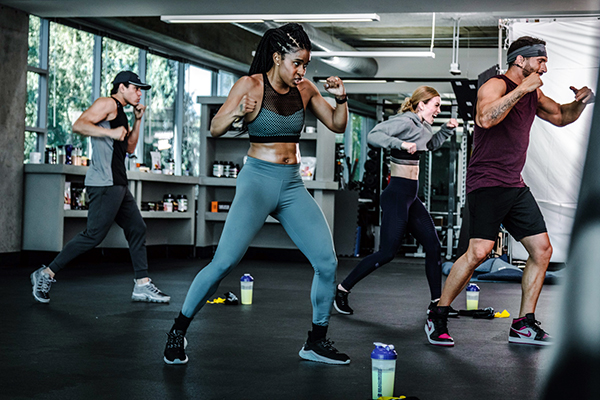 “A swarmer is an aggressive style of fighting where the goal is to fight on the inside,” says Elanit Friedman, Senior Director of Fitness at Beachbody.

Typically a shorter fighter with a more limited reach, a swarmer will attempt to get past their taller opponent’s defenses — frequently taking a shot or two in the process — in order to get close enough to their opponent to land solid body shots.

The goal is to wear their opponent down so they can beat them on points — or eventually land a knockout blow.

The opposite of a swarmer, the out-boxer maintains a safe distance from their opponent. This style is best for taller fighters with longer reach.

“Typically, they use their reach and fast footwork to keep them from getting too close,” Friedman says.

They only close the distance occasionally, when they see an opening. The out-boxer wins on finesse and points, choosing their moments to come in, deliver blows, and retreat before their opponent can return fire.

In Rocky, the title character is described as “a bruiser, not a boxer.“ That’s the quintessential slugger: a fighter who relies on raw strength, heart, and a cast-iron jaw to win fights.

“A slugger is a brawler — usually a power puncher that lacks boxing finesse and is just looking for the knockout,” Friedman says.

They’ll take a lot of damage in the ring in hopes of landing that one decisive shot.

Proficient at all aspects of “the sweet science,” the boxer-puncher is what every fighter hopes to become.

“A boxer-puncher typically has the speed to fight on the inside, the skill and reach to fight on the outside, and the brawler mentality and power to knock out their opponent,” Friedman says.

One caveat: While boxer-punchers are versatile fighters, they’re still vulnerable to a slugger’s power, Friedman says. 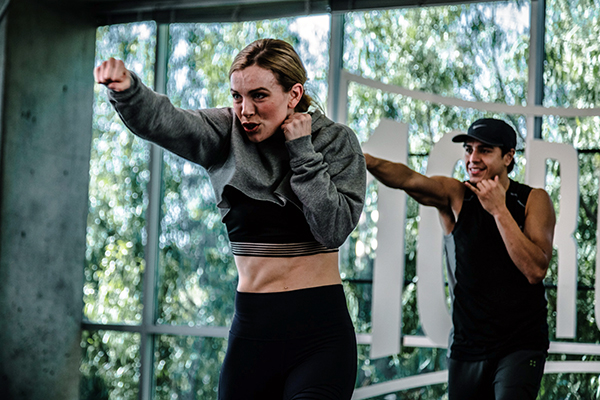 Part of the sweetness in the science of boxing is that defense and offense usually happen simultaneously.

If your stance, arm positioning, and punching technique are solid, you’ll be minimally exposed when you fight.

These defensive boxing techniques are designed to help you simultaneously avoid taking shots while moving into position to score points.

One of the most important boxing techniques, footwork differentiates good fighters from mediocre ones.

Master the ability to maintain proper boxing stance while moving in all directions, to all parts of the ring, and you’ll have a huge leg up on most opponents.

“Footwork allows you to move towards and away from your opponent quickly while staying light on your feet and minimizing the expenditure of energy,” Friedman says.

Improve yours with agility drills, rope skipping, and endurance drills.

A defensive move used by all fighters, the slip is a subtle move of the head to the right or left to avoid a punch (usually a jab or a cross).

“This is a great way to load up one side of your body to come back with a punch that contains power,” Friedman says.

This defensive move is best against hooks and haymakers. As the punch swings towards your head, you drop the shoulder on that side, bend your knees, ducking the punch.

As with the slip, Friedman says, “When you roll under a punch, you have the option to load your weight to one side in an effort to come back with a punch that has power.”

The slip and roll are evasive. But with the block, you’re standing firm: “Any time you deliberately absorb a blow, that’s a block,” says kickboxing instructor Kendra Smith, owner of Forge Fitness in Los Angeles.

You can block with your forearms, elbows, hands, or shoulders — as long as it doesn’t hit your face or gut.

Blocking meets force with force; parrying knocks the force offline so it slides harmlessly by you. “You’re using your opponent’s force against them,” Smith says.

As they deliver a straight punch, you swat their oncoming fist to the side, opening them up so you can return fire.

“A counterpunch is a fighter’s way of answering their opponent’s punch,” Smith says.

This typically happens when your opponent misses or makes a mistake. A good counterpuncher has a response to everything — and they may even intentionally leave an opening for their opponent in an effort to get them to throw particular combinations that they’re skilled at answering.

Are There Benefits to Wearing Compression Socks?

6 Benefits of Cycling That May Surprise You

Can Fitness Trackers Really Help You Stay on Track?