If you’ve ever wanted to learn how to box — or just learn how to throw a punch — get ready to duke it out because 10 Rounds is here.

10 Rounds with Joel Freeman is a six-week program that will teach you the fundamentals of boxing: proper boxing stance, how to punch, combinations, footwork, plus weightlifting workouts to help power your punches.

10 Rounds is a total-body boxing workout. And there’s no need for boxing gloves or a sparring partner; you’ll be shadowboxing.

But first — get to know some of the basic boxing terms Joel will be using throughout the program.

Before you channel your Rocky Balboa and start throwing knuckle sandwiches, it’s important to get your boxing stance right.

Why? For power and stability.

A proper boxing stance generates power for your punch and helps you maintain your balance.

Every punch actually starts with your feet, gaining momentum and power as it moves through your hips and core as you rotate your body and finally unleash it.

To get into an orthodox boxing stance:

1. Start with your feet parallel, about shoulder-width apart. Take a step back with your right foot and keep the knees slightly bent. Imagine a perpendicular line on the floor right beneath you — one foot should be on each side of the line, not lined up right behind each other.

2. Angle your front foot so it’s pointing slightly to the right, not straight ahead. Angle your rear foot further out, at about 45 degrees.

3. Bring your hands close to your chin with the palms facing in and making a soft fist. Your elbows should be down, tucked in toward your ribcage, shoulders relaxed away from your ears.

If you’re a southpaw, follow the directions in reverse so that your right arm and right leg are in the “front” position.

Fun fact: Only about 10% of people are left-handed. Using “southpaw” to describe a left-handed punch may have originated as far back as the 1800s.

To keep things short and sweet, the directions below describe how to throw a punch from an orthodox stance (sorry, lefties!).

How to Throw a Punch

There are many different types of punches (and variations of those punches) in boxing.

We don’t want to steal Joel’s thunder, so here are four basic punches you’ll be throwing (a LOT) in 10 Rounds: jab, cross, hook, and uppercut. 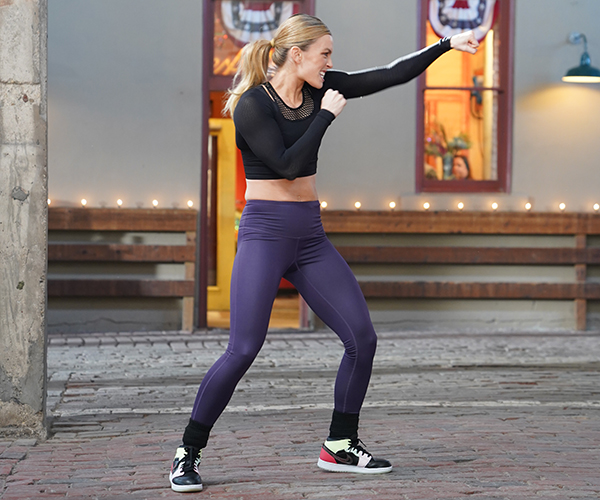 A jab is a fast punch that you throw with your front arm. It’s a straight shot forward, so there’s not a lot of hip movement.

How to throw a jab: 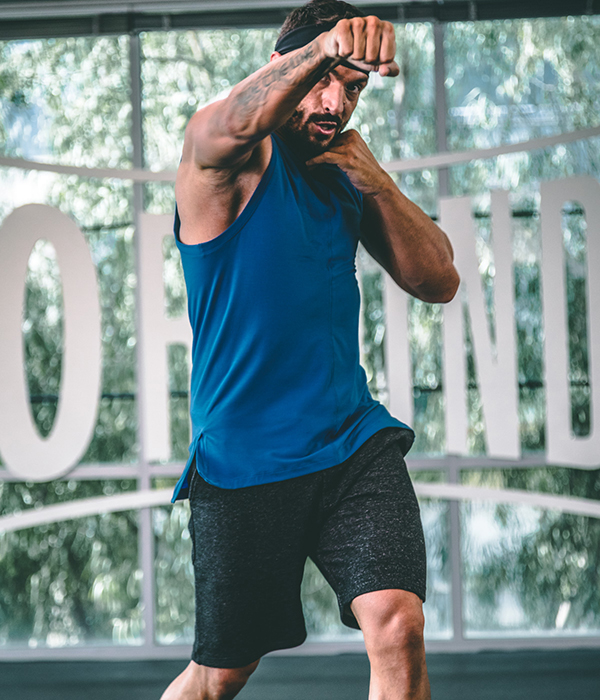 A cross is a punch that you throw with your rear arm. For this one, you’ll be rotating your hips to create more power.

How to throw a cross:

A hook is a punch that you throw with your front OR rear arm, moving out and forward in a semicircular “hook” shape rather than straight out.

How to throw a front hook:

Pro tip: Don’t swing your arm out wide; this is a compact punch. 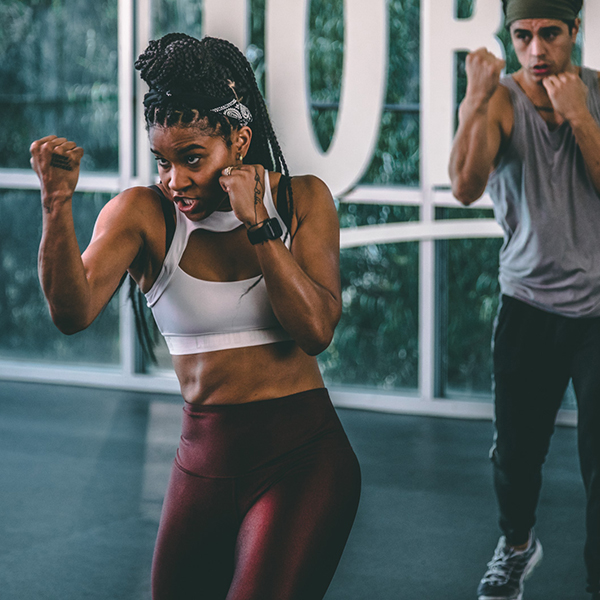 An uppercut is a punch you throw with your front OR rear arm in an upward motion, toward the bottom of your opponent’s chin.

How to throw an uppercut: 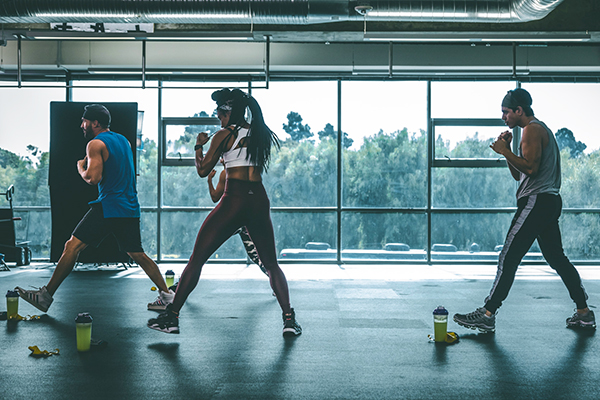 In order to “float like a butterfly and sting like a bee,” in the words of boxing great Muhammad Ali, you need to master footwork, which is a key part of boxing training.

Joel will also be teaching you the fundamentals of defense — moves to avoid punches with a slip or roll, so you can get yourself in position to throw them.

Could We Start Again, Please?