Contrary to what fitness influencers would have us believe, sweat is not your fat crying or pain leaving your body.

Sweat exists for two reasons: to regulate body temperature and to humiliate us on days we forget to wear deodorant.

Our optimum core temperature is around 98 degrees Fahrenheit.

If our internal thermostat notes the metaphorical mercury rising, it’ll take steps to rectify that through perspiration. Cooling results when drops of sweat evaporate on the skin’s surface.

It’s this evaporation that enables our bodies to perform efficiently when the heat is on.

It’s why, for instance, we don’t die in a sauna.

It’s also why in humid climates, where moisture doesn’t evaporate so readily, we tend to sweat more and can dehydrate faster if we don’t refill our fluids and salts.

But that’s just scratching the armpit. Here are seven more facts you may not know about sweat.

1. There are Two Kinds of Sweat 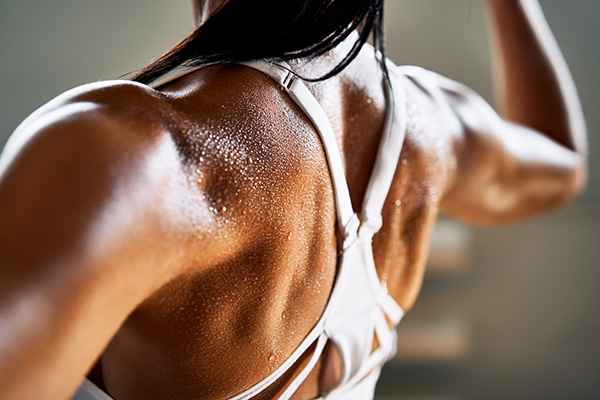 Perspiration is produced by two types of glands: the eccrine (located all over the body) and the apocrine (located in the armpits, groin area, and scalp).

Sweat from eccrine glands is produced when you exercise, and it evaporates quickly to cool you down.

It is secreted from your pores and is made up of water, salt and potassium.

Sweat from apocrine glands is secreted from hair follicles, contains fatty acids and proteins, and is associated with emotional sweating such as nerves, fear, excitement, and arousal.

This is your sympathetic nervous system kicking in, activating your fight-or-flight response.

It’s why you can get leaky armpits whenever you’re at a job interview or about to give a presentation. 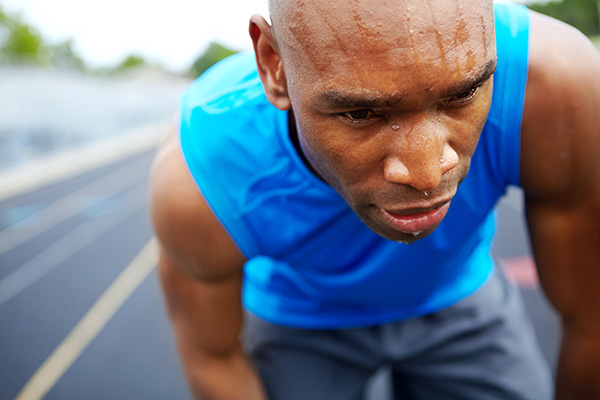 Because exercise and emotions produce sweat from two different glands, the stench from perspiration isn’t always the same.

All sweat is initially odorless, but emotional sweat is likely to smell worse.

Sweat itself doesn’t actually smell. The stench occurs when sweat doesn’t evaporate and mixes with the bacteria on your skin.

It evaporates quickly because it’s trying to cool you down.

But emotional sweat doesn’t have that same goal.

Coming from the apocrine glands, it takes longer to evaporate, which means there’s more time for it to react with bacteria on your skin, and that’s what gives you an undesirable aroma.

3. We May Judge People Differently Depending on How They Sweat

According to a recent study, different types of sweat may affect the way we are perceived.

In 2013, researchers found the odor caused by sweating in stressful situations elicited different social reactions than sweat from exercise.

Men perceived women as being less confident, less capable, and less trustworthy when they exuded odor due to stressful sweating, but not when they smelled the stench of exercise-induced sweat.

However, women’s social judgments of men were unaffected by the testing. 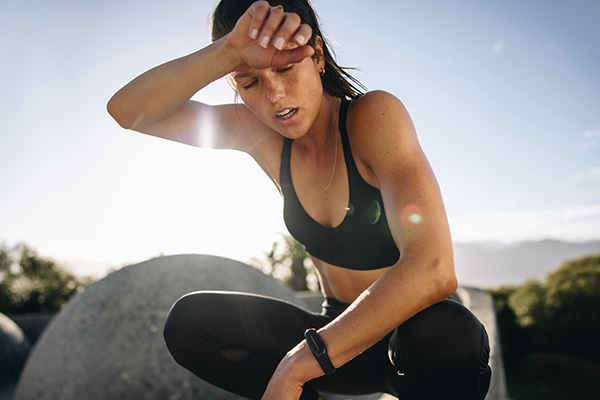 Without sweat, intense workouts would be over quickly. While sweating itself has no direct impact on fitness, by maintaining our core temperature, it allows us to keep going for longer.

“As body heat increases, there is a higher cost of energy and lower functionality. This impacts performance,” says Dan Plante, fitness director at Orangetheory Fitness. “Sweat’s ability to cool the body allows for adaptation. It leads to gains in training, including an increase in endurance.

Next time you see someone creating personal reservoirs, don’t assume they’re out of shape.

Their body is just doing its job. People who are better conditioned are usually better sweaters.

“They produce more sweat because their bodies have been trained to cool more efficiently,” Plante says. “Elite athletes may start sweating faster and at greater volumes.”

For example, while preparing for the 1984 Summer Games, U.S. Olympic runner Alberto Salazar recorded a sweat rate of 3.7 liters per hour.

That’s more than the amount of water some people drink in an entire day.

The more you sweat, the more calories you’re burning, right? Not really.

Everybody sweats at different rates so while you may be drenched and your friend merely glowing, it doesn’t mean you’ve burned more calories — you’ve probably just got more sweat glands.

You’ll also find you’re sweatier when it’s humid as the moisture in the air means your sweat doesn’t evaporate as quickly from your skin, and that hampers your body’s built-in cooling system.

You might be lighter on the scales after a particularly sweaty workout, but a lot of that is due to water loss rather than calorie burn.

7. Sweating Out The Toxins: Fact Or Fiction?

After an indulgent weekend, it’s nice to imagine that a strenuous hot yoga class can help us detox. But does it really?

Interestingly, Plante says that sweat from the eccrine glands is 99 percent water.

“You’ll have traces of minerals and lactic acid in sweat, but the majority is water.”

While this suggests that sweating might not be the answer to that full cleanse we crave, the scientific jury is very much still out.

A 2010 study from the University of Alberta claimed that sweating helped to detoxify dangerous metals and petrochemicals within the body.

“Many toxic elements appeared to be preferentially excreted through sweat,” the authors claimed. “Presumably stored in tissues, some toxic elements readily identified in the perspiration of some participants were not found in their serum. Induced sweating appears to be a potential method for elimination of many toxic elements from the human body.”

Certainly by keeping your body at the correct temperature, organs responsible for evicting unpleasantness — such as the liver, kidneys and intestines — are performing as they should.

The next time you’re dripping from head to toe after an intense workout, you’ll have a better idea of what exactly is going on in your body — and what’s coming out of it.

How to Do a Running Lunge

The Best Rock Climbing Shoes for Every Skill Level

The Best Maternity Workout Clothes for Your Changing Body