Love it or hate it, sweating during exercise is inevitable — but is it a sure sign that you’re burning fat?

You may have heard that sweating during a workout will maximize fat burn, but before you zip yourself into a sauna suit and crank up the heat in your home gym, read on to learn what sweat can and can’t do for your weight-loss goals.

Technically, no. You’ll probably break a sweat during an intense fat-burning workout — but the sweat isn’t the reason you burn fat.

So even if you’re sitting in a pool of your own sweat, that doesn’t automatically mean you’ve just burned a ton of fat.

When you exercise, your body breaks down carbohydrates and fats in order to generate adenosine triphosphate (ATP) — your body’s energy currency.

Sweating, on the other hand, is a cooling process.

When your core body temperature increases — either from exercise or from heat — your brain signals that it’s time to sweat.

As the moisture on your skin evaporates into the air, it takes some heat with it, which helps to lower your body temp back to normal. 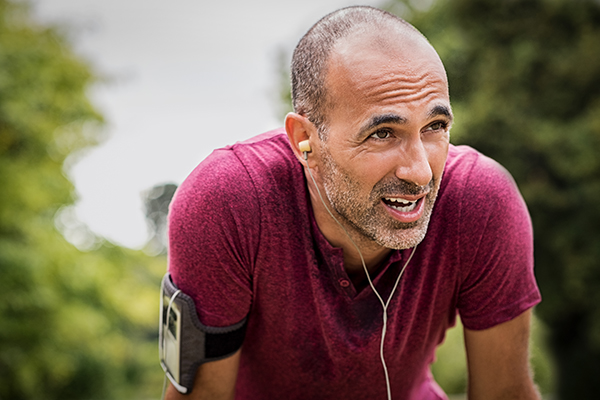 While sweating doesn’t burn fat, the internal cooling process is a sign that you’re burning calories.

“The main reason we sweat during a workout is the energy we’re expending is generating internal body heat,” Novak says. So if you’re working out hard enough to sweat, you’re burning calories in the process.

Whether those calories come primarily from fat or carbs will partly depend on the intensity and duration of your workout.

“Typically, carbohydrates are used first,” she adds. “But because they’re stored in limited amounts in the muscles and liver, after a certain time period, the body must go to fat reserves to burn for energy.”

Do You Lose Weight From Sweating? 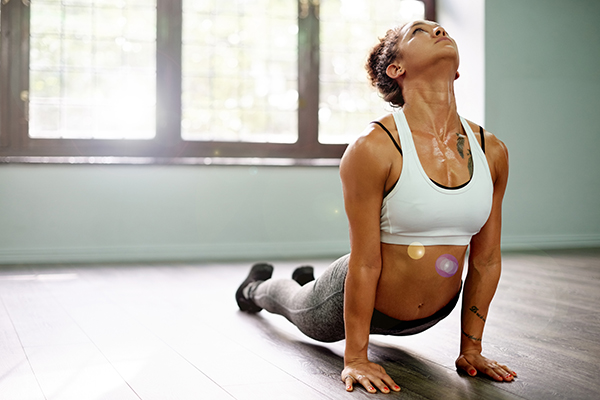 “If you hop on the scale after a sweaty workout, you may be a bit lighter — but it’s most likely water weight,” Novak explains.

In other words, you’ll probably put that little bit of weight back on as soon as you rehydrate.

(And you definitely need to rehydrate, so please guzzle that water!)

If your workout is long or intense, sweating may also cause you to lose some electrolytes and minerals.

So when you’re replenishing fluids after your workout, you may also want to restore those electrolytes and minerals — especially if you’ve been sweating buckets.

Sports drinks are one option for replenishing electrolytes, but they’re often loaded with sugar.

“Instead, look for brands of water that contain added electrolytes and minerals, without all the added sugars or artificial sweeteners,” Novak says.

How Do You Know You’re Burning Fat?

If you’re exercising for weight loss, you may be wondering how you can tell if you’re burning fat.

Short answer: If you’re exercising at an intensity that gets you sweating, it’s likely that you’re burning some fat.

“But sweating alone isn’t a foolproof gauge for fat burn,” Novak says. “For starters, some people naturally sweat more than others. And adding heat to the mix — by exercising outdoors in the summer, or in a heated room — will speed up the onset of sweat,” she adds.

Your body favors fat as fuel when you’re working at a lower intensity (50 percent of your maximum capacity) or for a longer duration.

As you increase the intensity, your body shifts to using primarily carbs because they’re quicker to access on short notice.

Do You Have to Sweat to Get a Good Workout?

You don’t have to sweat, but you probably will — especially if you do a challenging full-body workout that mixes strength training and cardio, like #mbf Muscle Burns Fat and #mbfa Muscle Burns Fat Advanced or FIRE workouts in FIRE AND FLOW.

Spoiler: You’re probably going to be drenched in sweat when you’re doing these 25- to 35-minute workouts.

And while the sweat itself won’t burn fat, it’s a great reminder that you just crushed a workout that’ll get you one step closer to your goals.

How to Sculpt an Hourglass Figure