According to the National Sleep Foundation, up to 40 percent of adults in the United States have problems falling asleep. Or they feel sleepy during daytime hours. This is particularly regrettable since exercise and sleep go hand in hand, each promoting the other.

A study published in Respiratory Medicine found that consistent exercise in subjects who suffer from sleep apnea significantly improves sleep. According to the American Academy of Sleep Medicine (AASM), 25 million adults also suffer from obstructive sleep apnea (OSA). OSA occurs when a person can’t breathe normally because of airway obstruction.

The study authors included sleep data from eight clinical articles and 180 participants. They examined overall sleep as well as the number of disruptions per hour of sleep in people who also exercised daily. They found that subjects who exercised had fewer breathing interruptions at night. This group also reported being less sleepy the next day.

3 Ways Exercise and Sleep Improve Each Other

All of this evidence just supports the advice your parents always gave you—get a good night’s sleep! Let’s take a closer look at how smart your parents are.

Exercise reduces insomnia by decreasing depressive symptoms. A study published in the Journal of Sleep Medicine found that people who exercised (versus those who didn’t) reported falling asleep faster. They also experienced better quality of overall sleep.

2. Exercise gets you ready to sleep

When your schedule is packed and you’re all stressed out, will exercising in the evening make it even harder to fall asleep later that night?

“I have patients who struggle with this decision all the time,” says Mookadam. “Perhaps vigorous exercise within two hours of bedtime may cause problems with initiating sleep due to increased adrenaline and heart rate. However, studies don’t support this theory for everyone.” 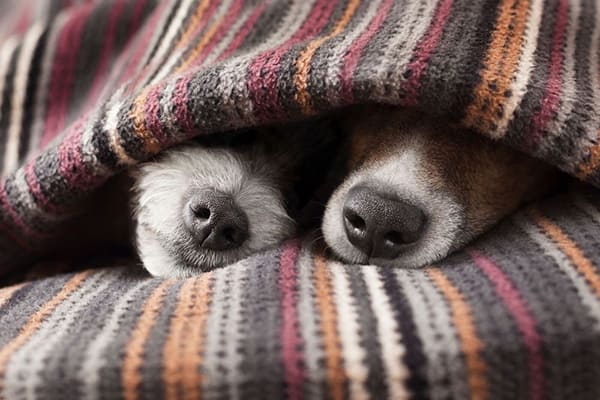 For example, a 2011 study in the Journal of Sleep Research linking exercise and sleep found that people who work out vigorously for 35 minutes before bed slept as well as they did on nights when they didn’t.

And a 2013 poll by the National Sleep Foundation found 83 percent of people who exercised—regardless of the time of day—reported better and more restful sleep than those who didn’t work out.

So why doesn’t working out before bed sabotage our sleep goals?

“Most people experience a drop in those stimulating hormones like cortisol and adrenaline within an hour or so after they workout, which puts your body in that relaxed, ready-to-sleep state,” says personal trainer Noam Tamir, founder and program director of TS Fitness studio in New York. Loose muscles and a dropping body temp can relax you as well. “So while you probably don’t want to hit the sheets 10 minutes, or even a half hour, after exercising, most people can get solid shuteye if they lay down an hour or two later.”

In a study published in the Journal of Clinical Sleep Medicine, which explored the “bidirectional effects” of exercise and sleep, subjects who put in shorter nights in bed subsequently put in shorter or less effective workouts the following day. The effects of lack of sleep on exercise were immediate and significant.

Tips for Sleeping Better Before and After a Workout

According to the National Sleep Foundation, there are a number of simple strategies for sleeping better before and after your workouts.

• Try a sleep mask and a noise machine to limit light and noises
• Keep a strict sleep schedule, even on the weekends, to create healthier sleep patterns
• If you nap, keep it to 15–20 minutes so you can sleep later on
• Invest in a comfortable mattress and pillow
• Turn off electronics before bed to avoid overstimulating your senses

“The best time to exercise in the real world, where people have jobs and family responsibilities, is anytime you can,” says Mookadam. “Some research suggests that exercising in the middle of the afternoon can help establish and maintain normal circadian rhythms. However, better sleep is associated with exercise at any time of day.”

Good thing Beachbody On Demand is streaming workouts all of the time. Access programs like 21 Day Fix, FOCUS: T25, and SHIFT SHOP from anywhere—on your time—using a TV set-top box or mobile device.

How to Do a Running Lunge

The Best Rock Climbing Shoes for Every Skill Level

The Best Maternity Workout Clothes for Your Changing Body