Fitness trends evolve, yet for some reason, there are certain stubborn fitness myths that just won’t die.

Even if you haven’t taken a step aerobics class since 1998, or you’re old enough to have owned leg warmers, leotards, and a “Power Half Hour” VHS tape, you’ll be familiar with some of them.

The best way to steer clear of the most heinous fitness myths is to get on the right Beachbody On Demand program and stick with it.

But even that doesn’t guarantee not getting suckered into one of those bogus claims that’ve been circulating in gyms seemingly since the first cave dweller affixed giant stones to the end of a stick and tried to lift it.

Read on and let us set the record straight about some of the most common fitness myths.

Myth No. 1: You can target fat on a specific part of your body

We wish there was a magic move that would blast fat from one trouble zone. Sadly, there isn’t. This may be the most common fitness myth out there.

At least one person involved in this story found that out back in the ’90s with the purchase of a blue neoprene “fat belt.”

That wide, stretchy band absorbed a lot of disgusting belly sweat, but it didn’t melt off a single millimeter of blubber.

“Spot reduction doesn’t really work,” says Tom Rifai, M.D., founder of Reality Meets Science and a fellow of the American College of Physicians. “If you want to get a six-pack, you’re first going to have to decrease body fat overall, then work on toning that area.”

There are plenty of ways to do that. A good one is limiting your food intake through portion containers as part of a Beachbody Portion Fix Eating Plan.

That said, Rifai notes that working certain muscle groups can help you strengthen an area and shift the muscle-to-fat ratio so you might appear a little less flabby in that spot.

Just don’t expect a major transformation unless you’re prepared to change your diet and shed fat from your entire frame.

Fitbit lovers, unite! Tracking your steps—and logging 10,000 a day—is generally considered a smart move. But will it help you reach your weight-loss goal?

Or is it just another one of those tenacious fitness myths?

It depends. Some people will slim down by taking this number of steps, according to a study from the Brazilian Journal of Physical Therapy.

Saying everyone should get 10,000 steps is “a bit cookie-cutter,” says Rifai.

He adds that there isn’t any one-size-fits-all prescription for fitness, since everyone’s body is different. Increasing your current activity level is what matters most. “You need to find your baseline and go from there,” says Rifai. 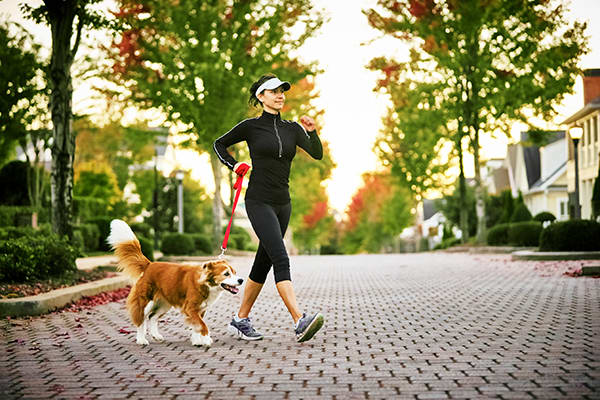 Weight loss might come down to math, but scientists are learning that it’s much more than calories in versus calories out.

It turns out that one of the most commonly cited fitness myths — that 3,500 calories burned by exercise (or 3,500 fewer calories eaten) equals one pound of fat lost —is pretty darn misleading.

Consider this another fitness myth that, like body fat itself, just seems to refuse to go away.

According to the National Institutes of Health, your age, gender, height, weight, body fat percentage, and resting metabolic rate all play an important role.

“No, you won’t automatically lose a pound for each 3,500 calories cut,” says Rifai. “That might be true in the beginning when you’re just starting to lose weight. But your body adjusts and you need to monitor yourself as you go along.”

He suggests making frequent adjustments to the amount you eat and exercise, and adding strength-training such as LIIFT4 to your routine.

Increasing lean muscles helps to boost your metabolism so you burn more calories, even at rest.

“Get ready for a journey,” says Rifai. “Losing weight is a marathon, not a sprint.”

Myth No. 4: Your BMI determines whether you’re fat or not

Judging your overall health based solely on BMI is problematic.

But it isn’t totally useless because it provides a quick and rough idea of whether your weight is healthy. Just know that it’s not the final word.

Rifai says if your BMI falls in the upper end of the obese range, you will almost certainly have health problems unless you slim down.

But if your BMI lands in the normal or overweight category (or even if it just touches the obese range) you may or may not have a problem.

He advises discussing your overall health with your doctor. Ask your doctor about your cholesterol, blood pressure, and to check your BMI and the size of your waist.

A waist that’s larger than 35 inches for women or 40 inches for men spells trouble.