Emergency “junk-food moments” — let’s call them JFMs — are just a fact of life in the 21st century.

You’re halfway between Heresville and Therestown, you’ve been driving to and fro for hours, and you’re starving.

Of course, the beckoning glow of the Chub-e-Mart calls for you to stop, and in minutes, you’re back on the road, snacking on salted, processed vegetable matter and carbonated sugar water. Yay! (I mean, “Whoops!”)

No one is judging here. At this point, you probably felt you needed the carbs and caffeine. Desperate times call for desperate measures, right?

As long as the majority of your diet is made up of whole, nutrient-dense foods, you should be okay with the occasional wobble.

The problem is, most people aren’t doing that. 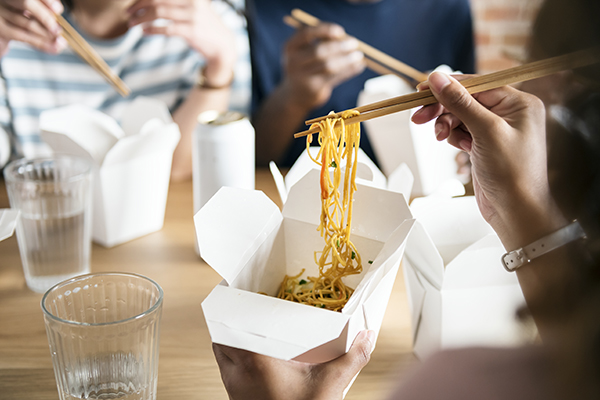 They’re just bouncing from JFM to JFM. And even if they do try to eat clean, those foods may not be as nutrient-dense as they thought.

Either scenario creates an insidious little issue called “hidden hunger,” meaning the foods you eat may fill your belly, but they’re not giving you the vitamins, minerals, phytonutrients, and other essential nutrients that your body hungers for — nutrients you need to stay healthy.

So, how did we get to this point?

Here are some reasons why your body may not be getting everything it needs and too much of what it doesn’t need:

1. We eat too much nutrient-poor food

While issues like this are typically associated with poverty, a spin through the statistics shows hidden hunger transcends economic situations.

According to the Centers for Disease Control and Prevention (CDC), about 36.5 percent of Americans are obese. Slightly less than 70 percent of us are merely overweight.

Yet, while we’re apparently getting ample food, according to the Dietary Guidelines for Americans 2015–2020, the USDA is concerned that many people consume below the estimated average requirement or adequate intake levels of potassium, dietary fiber, choline, magnesium, calcium, and vitamins A, D, E, and C.

Research in the Journal of Nutrition assigns percentages to some of these deficiencies, including 34 percent, 25 percent, 70 percent, and 60 percent for vitamins A, C, D, and E, respectively, as well as 38 percent for calcium and 45 percent for magnesium.

The guidelines claim these low intakes occur “within the context of unhealthy overall eating patterns, due to low intakes of the food groups — vegetables, fruits, whole grains, and dairy —that contain these nutrients.”

In other words, Americans across the spectrum eat too much junk and not enough healthy food.

This is hardly a newsflash. We’ve known for decades that Americans tend to eat foods chockful o’ bad fats and added sugar.

A 2008 study showed that whole grains only made up 10 percent of the average American diet and dark green veggies only made up 6 percent.

2. We eat too much of the same foods

Even if you’re trying to straighten up and fly right, there are still a number of nutritional air pockets out there that make it a bumpy ride.

First off, thanks to the abundance of high-calorie, hyper-palatable rubbish out there, most of us are within nibbling distance of a JFM at any given moment.

Who can resist that sort of constant temptation?

Second, with our busy schedules, varying our diet gets tricky, so we eat the same things over and over.

True, spinach five days in a row is good for you, but spinach isn’t omninutritious, so you might end up getting ample vitamins A and C, but you might not nail your vitamin D.

Even if you have a perfect diet, your diet might not be perfect.

A study in The Journal of the American College of Nutrition compared 43 garden crops from 1950 to 1999 and found that, as a group, the crops declined in protein, calcium, potassium, iron, riboflavin, and ascorbic acid.

The study’s authors theorize that this is because of attempts at increasing yield drive nutrient content down.

Bluntly put, farms are making food less nutritious so that they can make more of it.

4. Not all apples are created equal — literally

Even within specific types of produce, nutrition can vary.

For example, bitterness is often associated with the more powerful phytonutrients in fruits and veggies, and yet most people are drawn to sweeter fruit and blander veggies.

Case in point, golden delicious apples have a polyphenol count of 485 ml/kg whereas their bitter cousin, the granny smith, comes in at 835 ml/kg.

(Fun fact: Polyphenols are compounds found in fruits, vegetables, cereals, and drinks like wine and coffee that may have health-promoting benefits.)

With this in mind, an apple a day may not cut it if you pick the wrong type.

So What Can I Do?

But all this doom and gloom isn’t an excuse to stop eating your fruits and veggies. In fact, it’s quite the opposite.

You just need to fine-tune your tactics. Here are a few things you can try:

The more kinds of fruits and veggies you eat, the broader vitamin, mineral, and phytonutrient net you’ll cast.

Peppering your diet with unusual varieties of produce also broadens your nutrition, while also helping you get around that watered-down “garden crop” issue I mentioned earlier.

A superfood nutrition shake like Shakeology will provide an even more robust nutritional foundation, thanks to its vitamins, minerals, and phytonutrient-dense botanicals.

For most of us, our real lives seem to get in the way of our ideal lives with increasing regularity these days, and “hidden hunger” is just one of the many symptoms.

Luckily, it’s fixable with just a few simple tweaks. So make a point of buttoning down your eating if for no other reason than taking the guilt out of your roadside JFMs.