When it comes to recommendations for low-impact, no-equipment workouts that focus on full-body results, Pilates and yoga often make the list.

But although they share some attributes, they’re not the same.

Here’s a breakdown of Pilates vs. yoga, as well as some essential information to keep in mind when you’re deciding on your next workout. 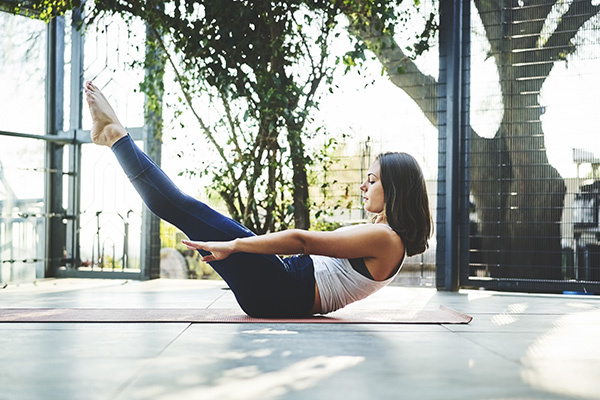 While specific workouts differ, there are several similarities between Pilates and yoga.

The biggest is that they are both intended to be mind-body practices, so you’re not zoning out and going through the motions.

How you focus your attention is just as important as the way you’re moving.

He incorporated some yoga principles and folded in knowledge from his background in self-defense training, gymnastics, strength training, and dance.

“The apparatus and mat were designed to work as a unified system of movement,” says Pilates instructor Sarah Cook, co-owner of Physical Culture studio in Atlanta.

“(The intention was) to help accelerate the fitness process, alignment, and integration of the body by increasing stretch, strength, stamina, and stability,” she adds. 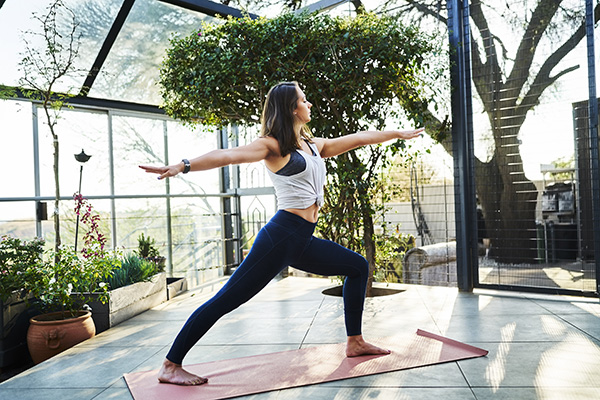 Yoga, which originated in India, has a similar focus on bringing harmony between the mind and body, she adds.

In fact, the word “yoga” means “to yoke” or “to join” in recognition of this intention.

Much like Pilates, there are constant cues about breath control, feeling more grounded and centered, and staying engaged in the movement.

You’ll also find some of the moves look similar, even if they go by different terms, adds Alexis Miller, a certified Pilates instructor, NASM CPT, and owner of The Endurance Hub.

Most notably, plank pose and shoulder bridge are heavily used in each. 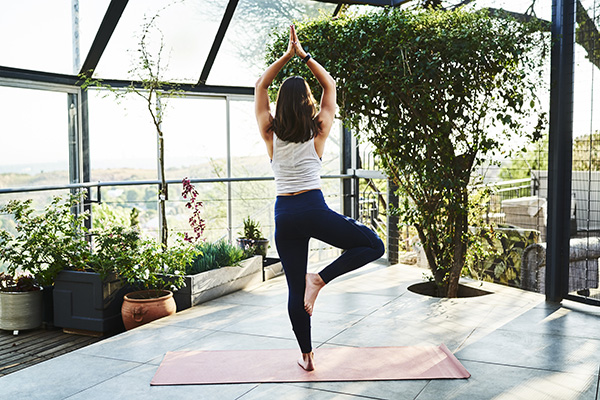 When comparing the two practices, some forms of yoga can have a greater focus on a spiritual element, Cook says, while Pilates is more about the physicality of the work.

Pilates has also been around for a much shorter amount of time, adds Miller, and it has six specific principles:

At this point, yoga has adopted a range of styles, each with its own principles.

For example, you might have yin yoga in one class, where the postures are held for long periods, and power yoga in another, where each pose is only as long as one breath.

“Range of motion and objective are different as well,” Miller says.

“You’re not likely to see the degree of deep twisting and bending in Pilates versus yoga. Also, with breathing, yoga emphasizes belly breathing, while Pilates encourages posterior-lateral breathing, or breathing into the ribcage, as a way to maintain abdominal contraction and engagement to support the spine during movement,” she explains.

Another big standout difference is that yoga can be a way of life for many, says Annie Woods, Pilates instructor and Yoga Medicine instructor.

There’s a component to the practice that leads to a greater understanding of how we live our lives and who we are, she believes.

“Pilates is a mind-body connection that happens during movement, while yoga is more of an internal focus,” she says. “With that, there’s a sense of turning inward and listening to a deeper sense of self.” 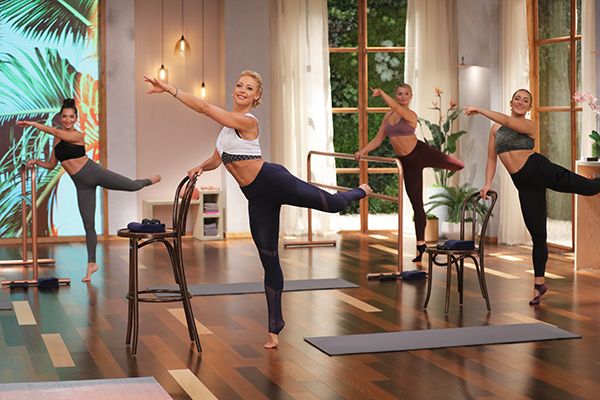 Try a Blend of Yoga and Pilates

In general, incorporating both Pilates and yoga into your workout mix can give you the benefits of each.

For example, you might incorporate yoga Warrior 1 and Warrior 2 poses into your warm-up, or throw some Pilates moves into your next strength-training session.

Or if you want a complete fitness program that includes both, you can try PiYo with Chalene Johnson. With PiYo, you’ll use your body weight to perform low-impact, high-intensity movements inspired by Pilates and yoga.

“[Pilates and yoga] can both be described as mindful movement, and each promotes healthy lifestyles,” says Woods. “Personally, I love the sisterhood between the two approaches, and I try to blend them together to create a holistic approach to how I move.”