During college, a time when it’s easier than ever to gain weight, Stephen V. committed to P90X and shed the pounds he’d held onto since childhood.

For Stephen, an anatomy class changed everything. It was during his junior year at Ohio State University, and during one lab session, the biology major was tasked with examining a human cadaver. The person had died at the age of 56 from a heart attack. The amount of fat contained within the cadaver struck him the most.

He immediately noticed similarities between the body that lay in front of him, and as someone who had carried extra weight his entire life, his own body.

“The realization hit me like a rock,” Stephen says. “I realized that could be me one day if I did not make a lifestyle change to improve my health while I was young.”

His environment, however, wasn’t exactly conducive to weight loss. After all, college is a notoriously difficult time to maintain a healthy weight. With endless cafeteria buffets and late-night snacks at their disposal, most undergrads gain at least a few pounds during college.

And despite taking weight-loss supplements, performing steady-state cardio workouts, and trying to eat healthy throughout his underclassman years, Stephen had gained more than 30 pounds. He entered college at roughly 220 pounds, but by junior-year anatomy, he was at 251 pounds.

So in May 2015, he decided to give P90X a try. He had ordered the DVDs back in high school and only gotten through about three workouts before giving up. But this time was different. Unlike then, his weight-loss goal wasn’t about fitting in or looking like everyone else. Now, his goal was simply to live. 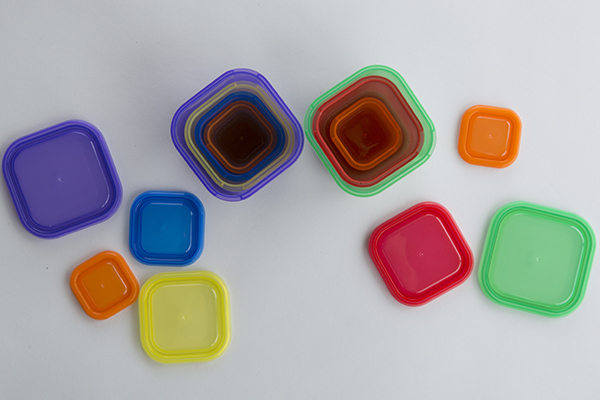 A former wrestler and football player, Stephen was used to exercising, but his eating habits always kept him from losing the weight. So he knew that’s where his biggest changes had to happen.

He bought healthy foods to keep in his apartment, and through the P90x nutrition plan, he learned how to use Portion Control containers to make sure he was eating the right foods in the right amounts for his goals.

He also was able to cut down the time he spent in the gym each day, swapping his multi-hour workouts of slow jogs and long elliptical sessions for more compact 90-minute high-intensity workouts. This gave him more time to study and work at a nearby hospital, helping him toward his goal of one day becoming a doctor.

Because he could do P90X anywhere, he could sneak in a late-night workout after an exam if he needed to; this flexibility was perfect for an erratic college schedule. He started noticing results immediately, making it easier to stick with the program.

“You not only see it work when looking in the mirror, but you can feel it work from your first chest exercise on day one,” he says.

By June 2016, Stephen had lost 71 pounds, bringing him down to 180 pounds and reducing his body-fat percentage significantly.

Today, the 23-year-old is confident in his ability to maintain this weight loss, thanks to the nutritional skills P90X taught him. “The program clearly instructed me on how to eat healthier foods, while receiving all of the nutrients I needed,” he says. “With this knowledge, I can maintain the progress I have achieved for years to come.”

Still, Stephen’s favorite part of getting fit isn’t something that can be measured on a scale or in a fitness test. “The most incredible part of this transformation is how much better I feel about myself,” says Stephen, who spent most of his childhood and teen years hiding behind baggy T-shirts.

Now, he says he doesn’t worry about what others think because he knows the journey he’s taken to get to this point, and he’s proud of his accomplishments. He’s now applying to medical school, armed with the confidence that he can achieve any goal he sets his mind to.

“When I look at how far I have come with the help of P90X, it gives me a sense of pride that is indescribable,” he says.

Stephen’s Tips for Getting Healthy and Fit:

1. You can’t out-exercise a bad diet

While Stephen hit the gym regularly in college, it wasn’t until he also focused on eating mostly healthy, whole foods and adding recovery drinks to his diet that he was able to lose the weight and keep it off. No matter your workout, it’s important to pair your workouts with foods that will support your results.

2. Be smart with your time

When Stephen upped his workout intensity, he was able to get more results, and in far less time. Focusing on the quality, rather than quantity, of your workout time, and you’ll have the potential to build more lean muscle and burn more calories. Plus, you’ll have more time for everything else on your schedule.

If you haven’t found healthy foods and snacks you love, keep trying. There’s no end to the options out there, and once you find the ones that are right for you, healthy eating will become not just doable, but enjoyable.