Pumpkins are the unofficial mascot of fall. Seeing those bright orange orbs with green stems show up in grocery stores and at farmers’ markets signals the transition from the hot summer to cooler temperatures, crisper air, and, of course, Halloween!

But how much do you really know about pumpkins?

Here’s everything you need to know about pumpkins, including a few facts that’ll make you say, “Oh, my gourd!”

1. Pumpkins Are Technically a Fruit

So you might not find pumpkin included in a delicious fruit salad recipe, but it’s technically a fruit.

The reason: It contains seeds. Pumpkin is a type of winter squash and is closely related to cucumbers and melons. 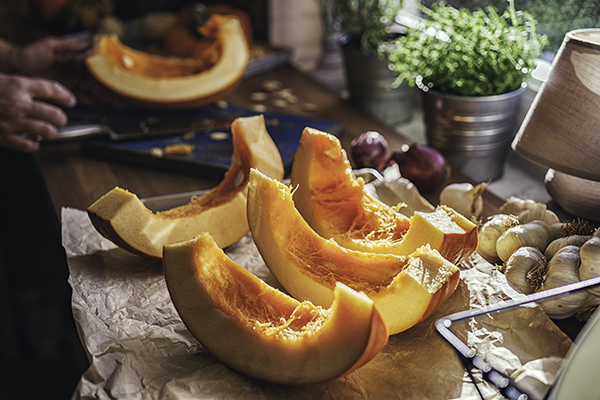 2. Pumpkins Are Packed With Nutrition

Pumpkins are a nutrient-dense and naturally low-calorie food. One cup of cooked pumpkin is only 49 calories, but contains 49 percent of your daily needs for vitamin K, along with vitamin C, potassium, vitamin E, iron, folate, and niacin. 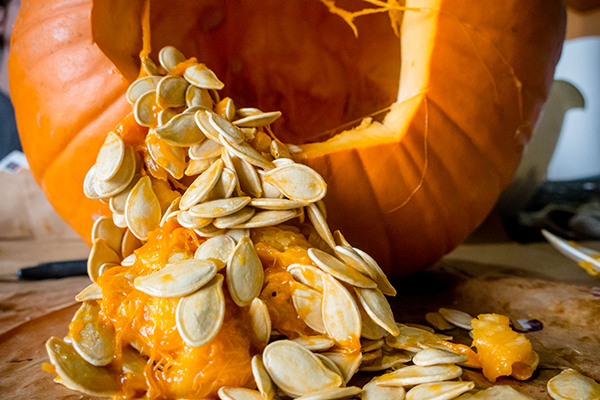 Pumpkins contain plenty of the antioxidant beta-carotene. Beta-carotene is converted to vitamin A in the body and is shown in studies to help fight off infections, prevent some age-related vision problems, and may help protect the skin from harmful UV rays.

4. Each Pumpkin Produces About 500 Seeds

Pumpkins are full of seeds, and they’re a delicious — and nutritious — snack.

“Unhulled pumpkin seeds can be roasted and eaten, and provide antioxidants, magnesium, zinc, iron, and fatty acids,” says Eliza Cross, author of the books “Pumpkin It Up!” and “101 Things To Do With Pumpkin.”

Make your own roasted pumpkin seeds with our easy recipe.

While pumpkin pie has been around for centuries, the early versions of it looked a bit different than what we have today.

Early colonial recipes called for a hollowed-out pumpkin to serve as the crust of the pie.

Want to whip up a pumpkin pie for your fall get-together or Thanksgiving dinner?

It’s easy to grab a can of pumpkin puree off the shelf at the grocery store — it says it’s 100 percent pumpkin, after all.

It turns out that “pumpkin” puree sold in a can is usually made of Dickinson squash, a relative of butternut and acorn squash.

The USDA set the standards for canned pumpkin back in 1957 and things haven’t changed much in the decades since.

The best way to ensure you’re getting real pumpkin in your pies and other pumpkin recipes — like this delicious whoopie pie recipe from chef Bobby Calabrese — is to make homemade pumpkin puree.

A three-pound pumpkin will give you the same amount of pumpkin puree as in a can of the store-bought stuff. 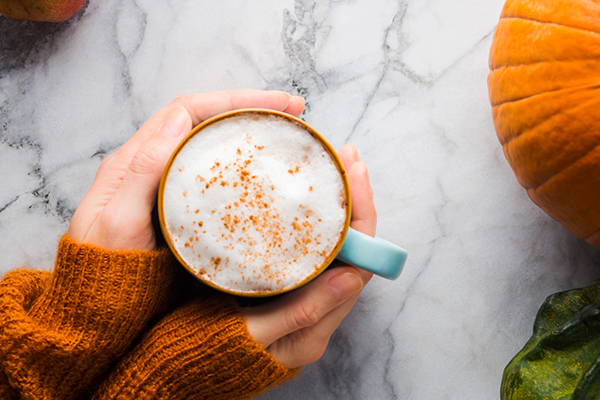 7. Pumpkin Spice Lattes Are a Little Misleading, Too

Indulging in your favorite pumpkin spice latte — or a healthier Pumpkin Spice Shakeology smoothie — is the perfect way to welcome fall.

While pumpkin spice lattes from popular chains do contain a bit of pumpkin puree, the real taste comes from pumpkin spice — a mixture of cinnamon, nutmeg, and cloves meant to help boost the fruit’s taste.

“Pumpkins don’t have a lot of flavor, so they need something extra to make them taste good in pies,” says Jessica Formicola, recipe developer and blogger at Savory Experiments. 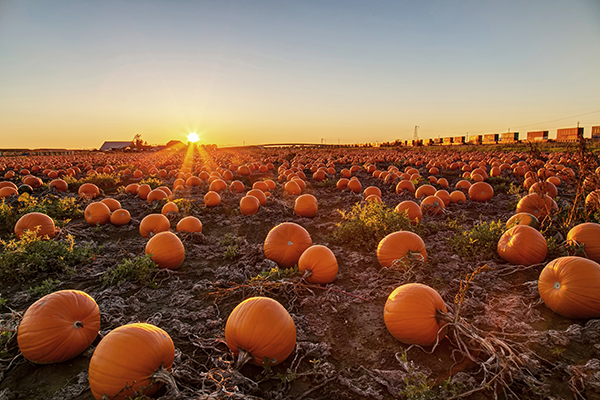 The story of Cinderella wouldn’t be the same without that pumpkin that turned into a coach to take her to Prince Charming’s ball, so it’s fitting that the fairy tale was the first time the word “pumpkin” was used in the form we know it today.

Pumpkins were first named by French explorer Jacques Cartier in 1584. He called them “gros melons,” which translated to “pompions” in English.

Pompions eventually evolved into pumpkins and the first known use of the word in literature was in the story of Cinderella.

The conditions on the continent of Antarctica don’t make it suitable for growing pumpkins, but they grow everywhere else.

The top producers of pumpkins include China, India, Mexico, and Ukraine.

10. The U.S. Produces 1.5 Billion Pounds of Pumpkins Every Year

The United States is also a big pumpkin player. Every state grows some pumpkins, but most of our supply is grown in five states: California, Illinois, Indiana, Pennsylvania, and Texas.

Also, most of the 1.5 billion pounds grown each year are sold during October. 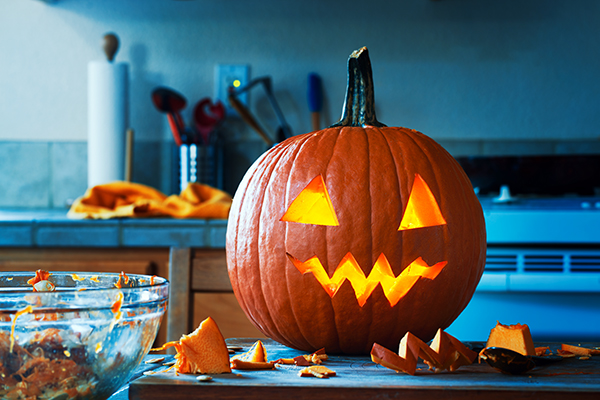 The tradition of carving pumpkins on Halloween started from a scary Irish folktale about a man named Stingy Jack.

People in Ireland and Scotland eventually started carving faces into root vegetables like turnips and beets to create jack-o-lanterns to keep evil spirits away.

Immigrants brought the tradition with them when they moved to the United States and, over time, pumpkins became the first choice for these carvings.

12. You Shouldn’t Eat Your Jack-O-Lanterns

While it might be tempting to cook your pumpkin after Halloween, it’s not a good idea.

The ones we cook with are called pie pumpkins or sugar pumpkins. “They are much smaller — the size of an acorn squash — and sweeter than the larger cousins,” she explains.

Those two aren’t the only types of pumpkins, though.

There are about 45 different types of pumpkins that vary in size, shape, and color, ranging from miniature to white and even green.

Most giant pumpkins — the ones that win big contests every year — come from the Cucurbita maxima species.

Mathias Willemijns holds the title of Heaviest Pumpkin, according to the Guinness Book of World Records. The Belgian man grew a pumpkin that weighed 2,624.6 pounds. That’s larger than many compact cars!