Maybe you have a trip to the beach coming up, or maybe you just want to fit into your favorite pair of jeans from a few years ago.

No matter the reason, when you’re faced with the problem of how to get rid of belly fat, it can be a frustrating process, and you might not think it’s possible.

But you’d better sit down because, believe it or not, you can get rid of belly fat.

How to Get Rid of Belly Fat

If we’re talking about the lower-belly fat that makes up spare tires and muffin tops or that last bit of pooch covering your six-pack, then you’re S.O.L.

That sort of stomach fat (i.e., the kind you can see and pinch) is called “subcutaneous” fat, and you can’t “spot-reduce” problem areas.

Instead, to get rid of this kind of belly fat, you need to keep exercising hard and eating right to reduce overall body fat.

Your genetics will determine how and at what speed the weight comes off, but rest assured that your belly will eventually shrink to more shapely (and firmer) dimensions.

However, if you’re “apple-shaped” or if you’re sporting a big ol’ beer belly, that’s likely a different kind of flab called “visceral” fat.

Research shows that it is, in fact, targetable, which is fortunate since it’s much more insidious than the subcutaneous variety.

Residing deep within your torso, visceral fat wraps itself around your heart, liver, and other major organs, and secretes chemicals that fuel inflammation.

Your best strategy for how to lose visceral fat is to work out hard with some fat-burning exercises, stress less, sleep more, and make cleaner food choices. 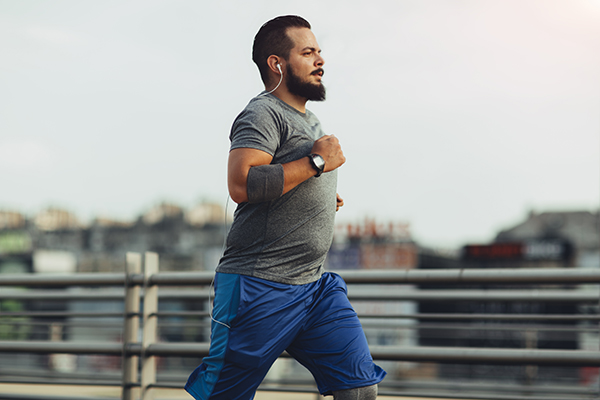 What Is Subcutaneous Fat?

Subcutaneous fat is the kind that flops over your jeans and adds to your chin count. It comes from the Latin word for “under the skin,” and it covers most of your body.

When it comes to getting rid of belly fat, you can’t spot-reduce subcutaneous fat.

So if you have a problem area, you have no choice but to burn fat all over your body until your genes decide to focus on that area.

Also, keep in mind that subcutaneous fat is found between skin and muscle.

Sometimes, especially if you’re new to exercise, your muscles will firm up, pushing this fat out and creating the illusion that you’re gaining more fat.

If this happens, just be patient — the illusion will eventually vanish and your legs will become thinner.

That’s not to say that this type of fat isn’t hard on your joints or that it can’t lead to chronic health issues.

What Is Visceral Fat?

But when you read about fat being linked to heart disease, diabetes, and cancer, chances are you’re reading about visceral fat.

Visceral fat is found deep inside your gut, and it builds up primarily around your stomach, intestines, and liver.

Some people call it “deep belly fat” and it’s been linked to all kinds of issues including insulin resistance and cardiovascular issues.

A little visceral fat is normal. We tend to accumulate more of it later in life thanks to a dated bit of evolution that assumes we have less muscle as we age, causing fat to build up to protect our internal organs.

The problems start piling up when you have too much of it.

The most precise way to measure visceral fat is through an MRI or CT scan, but your waist circumference can also give you an indication of how bad (or good) the situation is.

Here are some tips on how to get rid of stubborn belly fat (of the visceral variety). 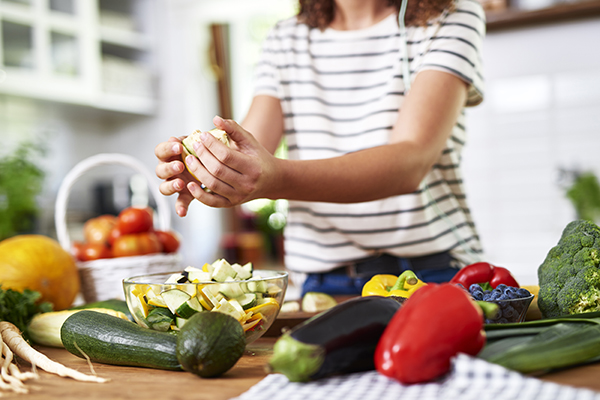 How to Get Rid of Visceral Fat

If you want to get rid of belly fat, the obvious answer is to stop eating junk and to get some exercise.

Beyond that, you can start to lose visceral fat through these basic lifestyle tweaks.

Catching more zzz’s might be one of the most enjoyable ways to lower belly fat.

One 6-year study on 293 adults ranging in age from 18 to 65, showed that when people increased their sleep from less than 6 hours a night to between 7 or 8 hours, they experienced a significant drop in visceral fat.

A study on middle-aged obese women with metabolic syndrome showed that high-intensity exercise, like those found in programs like INSANITY and CORE DE FORCE, did a better job of banishing visceral fat than low-intensity exercise (such as sustained jogging) or no exercise at all. (Duh.) 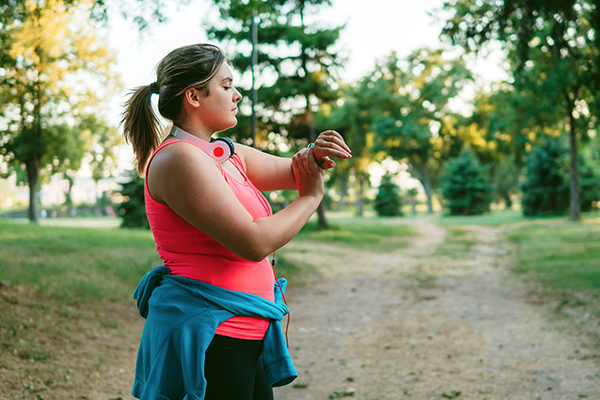 It’s true — eating more of certain foods can actually help you get rid of belly fat.

A 5-year study on minorities ranging in age from 18 to 81 showed that if you add soluble fiber to your diet, and combine it with exercise, you can accelerate visceral fat loss.

While you can eat more soluble fiber to lower belly fat, you’ll want to reduce the amount of carbs you consume to slim down your stomach fat.

That being said, the researchers’ version of low-carb meant that 40 percent of total calories came from carbohydrates, as opposed to 65 percent for a high-carb diet.

Most of Beachbody’s nutrition programs recommend a 40 percent carb ratio. In my opinion, 40 percent is not particularly low for most people, unless you’re really active and need to eat more carbs for fuel.

Not all fats are created equal when it comes to slimming down your stomach. Researchers in Sweden fed 39 young men 750 extra calories daily for 7 weeks in the form of very big muffins.

Given that there are many types of both saturated and unsaturated fats, it’s unfair to categorically condemn all saturated fats, but it’s still worth considering or at least reducing.

Regardless, no good has ever come from adding a giant muffin to your daily meal plan — so don’t do that.

6. Stop stressing so much

If you’ve changed your diet and started doing fat-burning workouts, but you’re still not getting rid of belly fat, you might need to look at another part of your lifestyle.

Stress triggers the production of cortisol, which increases visceral fat. The link is that simple.

A little stress, like the kind your body experiences working out, is fine, but chronic stress can be problematic. Studies on both humans and monkeys confirm this.

Look into things like meditation or yoga, or just take a couple of minutes each day to stop and breathe deeply.

Try a program like Unstress, which is 21 days of guided meditation. Even 10 minutes of meditation a day can help offset the stress of everyday life.