The holidays have a way of making even the most resolute exercisers stumble, but it’s OK because we have four holiday fitness tips to help you out this season.

Some holiday traps are obvious, like marshmallow sweet potato casserole.

But by far the greatest obstacles to staying lean are our own misconceptions, says Rebecca Rick, M.S., RDN, a sports dietitian at eNRG Performance in Littleton, Colorado.

Here are four of the most common ones, and four easy holiday fitness tips and solutions to help you greet the New Year slimmer and stronger than ever.

1. Americans gain an average of 5 pounds between Thanksgiving and January 1st 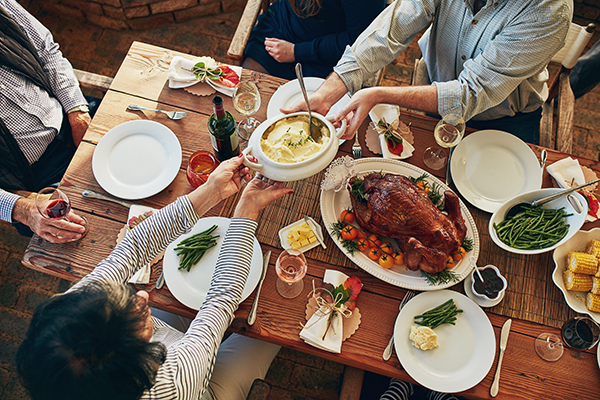 Fact: Most people don’t plump up during the holidays. The average weight gain is around 1.7 pounds, according to a study in the European Journal of Clinical Nutrition.

Your move: Don’t obsess about what you eat, but do be strategic about it, says study author Jamie Cooper, Ph.D., an associate professor of food and nutrition at the University of Georgia.

If you overindulge during Thanksgiving dinner, don’t sweat it — but also don’t gorge on leftovers for days afterward.

Freeze extra food to eat in correct portions during the next month or two.

Here are some recipes swaps to make your Thanksgiving dinner a healthier one.

“Be careful about how and what you eat at holiday parties as well,” suggests Cooper. “If you’re going to a potluck, bring a healthy dish, because then you’ll know you have at least one nutritious option.”

2. You’re too busy to work out 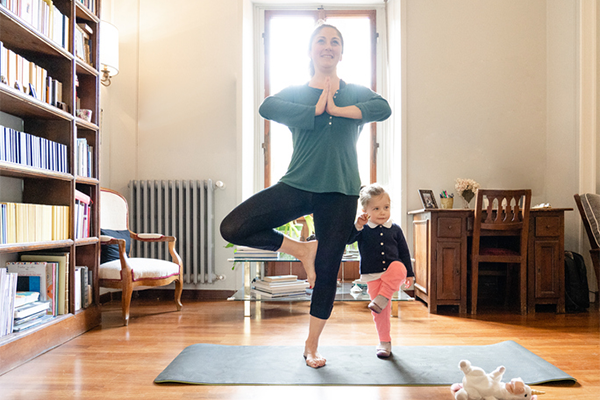 But if you’re cashing in extra PTO days in November and December, you probably have more hours than usual to sneak in a workout despite an increased demand to play Candy Land and watch The Grinch, says Wagner.

Your move: Get creative about burning calories. “Look at additional free time as an opportunity to do things that you normally wouldn’t do,” says Wagner, who suggests cross-country skiing or snowshoeing with family or friends instead of, say, sitting around the fire or television.

And Beachbody offers hundreds of quick workouts for every fitness objective, all available for streaming anytime, anywhere on Beachbody On Demand.

3. If you’re already fit, you’re less likely to plump up 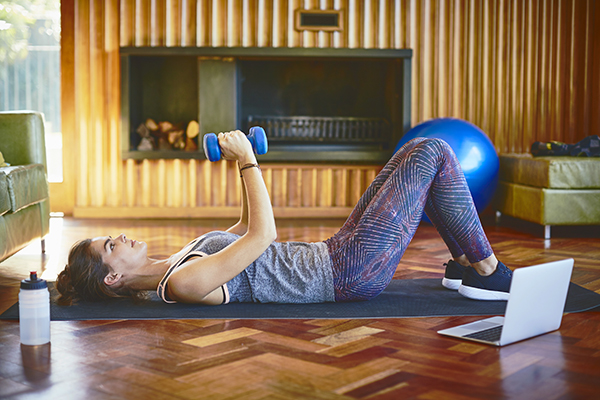 Fact: Being in shape doesn’t shield you from the effects of overindulgence and inactivity, according to a study in the American Journal of Clinical Nutrition.

Yes, you have more “metabolically active tissue” (i.e., muscle) than most people. Yes, your metabolism operates in a higher gear if you work out regularly.

But no, those benefits don’t last long or protect you from a 3,000-calorie meal, like the average Thanksgiving dinner.

“Generally, the benefits start to fade after a few days,” says study author Dale Schoeller, Ph.D., a professor emeritus of nutritional sciences at the University of Wisconsin.

Stretch that out to two weeks, and your belly fat can rise by 7 percent, according to a meta-analysis in the Journal of Applied Physiology.

You can even measure your body-fat percentage on your own to see the change for yourself.

Your move: Stay focused. You don’t have to do the workouts you normally do but do something (like the activities mentioned above).

“And if you can, increase your step count to offset the caloric cost of indulgences,” says Schoeller.

A brisk 30-minute walk can burn approximately 154 calories. An even better goal is to increase your total daily step count.

Shoot for at least 7,500 steps a day, and do at least 3,000 of them at a cadence of 100 steps per minute, suggest researchers at the Walking Behavior Laboratory at the Pennington Biomedical Research Center in Baton Rouge, Louisiana.

4. Whatever weight you gain, you’ll lose in the new year 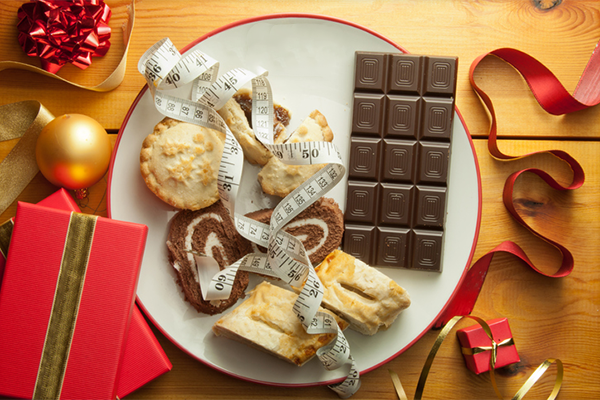 Fact: Odds are you won’t. Although most people only gain a pound or two during the holidays, the majority of them never lose it, according to scientists reporting in the New England Journal of Medicine.

Not only do most people not follow through with their resolutions, but they also don’t curb their eating habits.

Indeed, people tend to buy more calories worth of food between January and March than during any other time in the year, according to a study by Cornell University.

Why? Because while they buy more healthy foods, they don’t cut back on the unhealthy ones.

“It’s called ‘cognitive bias’,” says study author David Just, Ph.D. “You pick up more veggies than you did last week, feel good about it, and reward yourself with a treat.”

Your move: Treat grocery shopping like vacation packing: Make a list, determine what’s essential, and leave half the remaining items on the shelf.

That should give you enough indulgences to satisfy your cravings without inflating your bottom line (just so we’re clear, that’s a bad thing in the context of weight loss).

Also, keep your grocery lists stored on your phone so you can figure out which high-calorie foods you indulge in too often, says Just.