What’s the biggest complaint most of us have about healthy eating? No time to cook.

Who has hours to simmer soups, braise stews, or cook beans from scratch — especially on a weeknight?

That’s why I love the Instant Pot. What is an Instant Pot? It’s a trendy, multitasking cooking appliance that lets you make slow food fast. It’s perfect for people who like to cook things from scratch without always having the time necessary to do so.

I’m not a trendsetter in most areas of my life, but as a recipe developer and cookbook author, my kitchen appliances tend to be ahead of the curve.

I bought my Instant Pot on Black Friday 2015 for about $115 — and that was on a deep discount. A few foodie friends were raving about it and I decided to treat myself to one.

Within a week, my Instant Pot had earned a permanent place on my kitchen counter.

What Is an Instant Pot?

An Instant Pot (aka, Insta-Pot) is a multi-cooker appliance that lets you cook food faster, using far less energy.

There’s a Facebook Instant Pot group with 1.2 million members, and the Instant Pot was one of the top Black Friday sellers in 2017.

Devotees are called “Potheads,” and multi-cooker sales have exceeded $300 million.

This updated version of a pressure cooker functions as a slow cooker, rice/porridge maker, steamer, yogurt maker, and warmer — and it has a sautéing/browning function, too.

What about those nights when you forget to thaw chicken breasts for dinner? Or you discover the stew you planned to make requires two hours to cook?

The Instant Pot will save the day: Unlike slow cookers, you can cook frozen meats in it, slashing cook times from hours to minutes.

Note: The tall sides and deep pot don’t promote evaporation the way a low, shallow skillet would, so you won’t achieve crunchy or crispy textures.

What Kind of Instant Pot Do I Need?

If your biggest obstacle to healthy eating is time, you’ll love how the Instant Pot simplifies your clean-eating routine.

There are now several lines of Instant Pots — one of which is Bluetooth-enabled and programmable via an app.

The newer ones have 10 features, with added egg cooker, cake maker, and sterilizer functions.

If you’re cooking for one (or two, like I am), there are smaller, cheaper Duo models, and there’s an Ultra version designed for more advanced cooks.

What’s the Difference Between an Instant Pot and a Slow Cooker or Pressure Cooker?

The difference between an Instant Pot and a slow cooker or pressure cooker is simple:

An Instant Pot does the job of the other two appliances (and does a better job, in my opinion), while also taking the place of other kitchen gadgets.

As with any appliance, you need to follow the directions and check to make sure you’re using the correct settings for your particular recipe.

You can use slow-cooker recipes in an Instant Pot, but you need to make certain adjustments — check your user’s manual or pressure cooking time charts.

A general rule is that meat will cook in about a third of the time (20 minutes versus an hour), with beans and grains taking about one-fourth of the time.

Slow cooker recipes with meat or beans that call for 7–8 hours on low heat or 4 hours on high will work in the Instant Pot — and be ready in less than an hour.

Use the appropriate setting on your Instant Pot (meat/stew, bean/chili, soup/broth, poultry, etc.). 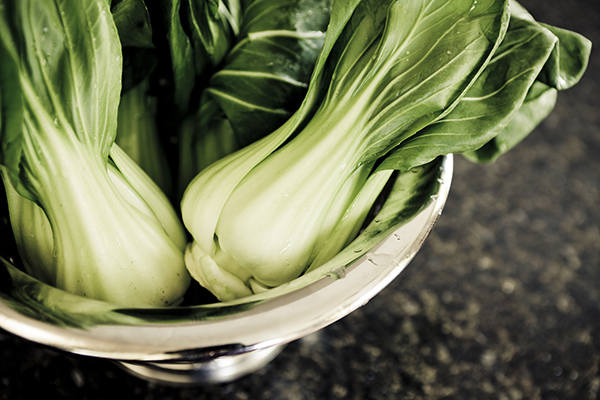 The Worst Foods to Cook in an Instant Pot

Since the list of foods that do work in an Instant Pot is quite lengthy, let’s start with what you should avoid cooking in it instead:

– Creamy soups and milk- or cream-based sauces don’t work well because dairy tends to curdle when boiled. Most Instant Pot recipes call for adding cream or milk at the end after pressure is released.

– Tender vegetables like greens, bok choy, and asparagus cook too quickly to bother with the Instant Pot. You can stir them in at the end, but if they’re a standalone side dish, cook them on the stove.

The general rule is to avoid anything delicate or tender, fried, or crispy in your Instant Pot.

(And don’t even think about trying to deep-fry in your Instant Pot!) 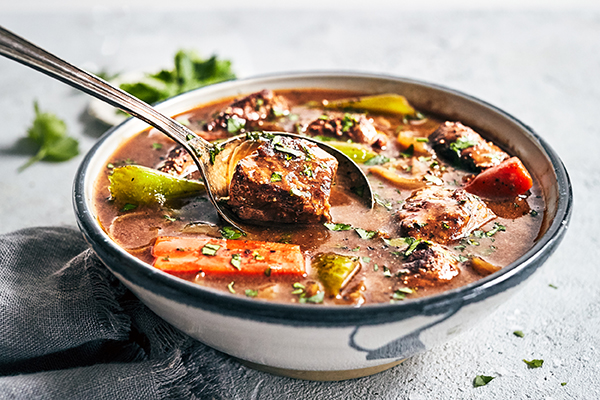 The Best Foods for the Instant Pot

Other than that short list, everything else you can imagine makes the list of best Instant Pot foods.

Basically, if a food cooks using moist heat, you can make it in your Instant Pot:

– large or tough cuts of meat

– hard-cooked eggs (even a dozen at a time!)

I especially love using it for weekly staples to streamline meal prep.

Barley or farro might take an hour on the stovetop (and require constant attention), but they cook without supervision in the Instant Pot in far less time. And dried beans don’t need to be presoaked!

10 Tips to Get the Best Results from Your Instant Pot

The Instant Pot is one smart cooker, but you can still mess up recipes.

My top tip to get the best results from your Instant Pot: Read the manual.

Three years later, I still refer to the Instant Pot manual regularly, especially when cooking grains and beans so they achieve the perfect consistency.

Even seasoned “Potheads” have Insta-Pot fails: A blogger friend recently overfilled hers with apples for applesauce and ended up with an apple-splattered kitchen.

I was relieved to see that while the pot overflowed, it didn’t explode. (That’s still my secret fear, though I know it’s safe!)

Another friend left the pressure valve open when cooking chicken curry, and returned home to find her kitchen speckled by bright yellow sauce.

I know I said this already, but seriously, don’t skip this part.

Get to know the various parts of your Instant Pot — the release valve, the condensation collector, the sealing ring, etc. — and how to take it apart, wash it, and reassemble it.

The Instant Pot hisses, clicks, and beeps. Don’t fear those noises, but learn the difference.

You’ll hear the pot click as it comes to pressure if you’re standing nearby, and if you choose quick release, be ready for the loud hiss of the steam.

The pot will beep when it reaches pressure and when it is ready.

The Instant Pot boils liquid to create pressure. If you skip the liquid (or don’t add enough), you risk burning your food or not getting it up to pressure.

You need at least a cup, but make sure to follow your recipe precisely. If you’re cooking lean proteins, make sure there’s plenty of liquid so they don’t dry out.

5. Know its limits — and yours

If you’re new to the Instant Pot, start with simple dishes like the recipes in your user’s manual, soups, and stews.

Once you’re familiar with the quirks, you can try more advanced dishes like cheesecake, yogurt, or whole chickens.

6. Know when to release

Use natural release (waiting for the pressure to naturally release) instead of quick release (turning the valve) when your pot is quite full or contains foamy food like grains, pasta, and beans.

This adds a few minutes but avoids a mess.

7. Thicken at the end

If your Instant Pot recipe calls for a thickener like cornstarch, add it at the end to avoid a sticky mess in your release valve.

Close the valve before you start cooking. If you forget, steam will escape and you might have a foamy mess.

Don’t forget the sealing ring; otherwise, your Instant Pot will leak steam and not pressurize.

Don’t overfill your Instant Pot: Fill it halfway for beans and grains, which tend to foam, and two-thirds of the way for most everything else.

The Instant Pot is a safe, easy-to-use time-saver that can replace your slow cooker and pressure cooker. (Yay, counter space!)

Read the directions, and you’ll be ready to convert almost any recipe to your Instant Pot.