Ask anyone from your doctor to your hairdresser how to lose weight and you hear some variation of four timeless words: Eat less, move more. On the surface, it’s good advice: losing weight is all about creating an energy (calorie) deficit. Simple math reveals that when you take in less fuel than you burn, your body has to pull fuel from somewhere else — and that somewhere else is your fat stores.

But, how much do you need to work out to lose weight? And are there weight-loss workouts that can help you achieve your goals?

If you’re really fired up (or frustrated by past weight loss attempts), you may be tempted to try to burn more fat by cranking out more miles on the treadmill. Or doing double-sessions of spinning classes and yoga. Or going on the latest wheat-germ-and-broccoli/no-butter-after-3-p.m./coffee-in-your-mutton-stew diet.

For most people, though, “eat less, move more” isn’t very practical advice. It’s akin to telling a friend to “spend less” or a football team to “score more.” It’s patently true, but unhelpful: Follow it to the letter and you end up a miserable, starving jogger. Probably not what you’re aiming for.

Research shows that a proper diet has the edge over exercise when it comes to weight loss. But — shocker — people who combine diet and exercise lose even more weight, faster.

Not all exercise is created equal, however: some types burn more fat than others. And contrary to what many people think, you don’t have to sweat for hours a day to see results. Just 150 minutes of moderate intensity exercise a week can start to shrink your waistline, according to the American College of Sports Medicine. And exercising more than that can shift your fat loss into overdrive — as long as you follow a few simple guidelines.

Focus on Boosting Your Metabolism 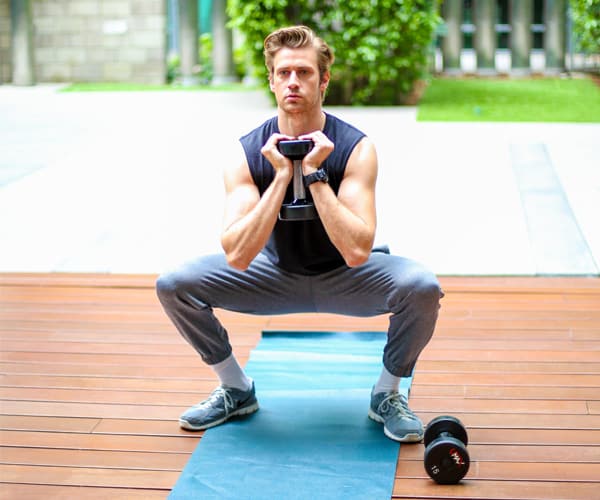 Though it’s often compared to a furnace, your metabolism acts more like a thermostat, heating up or cooling down throughout the day based on a number of factors, including your activity level, what time it is, and the size and composition of your last meal. “People often say ‘I have a slow metabolism,'” says fitness coach Angelo Poli, founder of the MetPro.co, a concierge fitness coaching service. “But the speed of your metabolism changes all the time.”

Working against any permanent change, however, is your body’s drive toward homeostasis, a state of balance in which your energy expenditure equals your energy intake. This basic, biological drive for equilibrium is key to our survival, helping to keep us alive in times of stress and scarcity, but it can also make losing love handles challenging.

When you cut calories, change your diet, or switch up your exercise habits, your body adjusts to the “new normal” by gradually increasing its metabolic efficiency. Once it does, the pounds stop coming off.

Weight loss, therefore, happens during the adjustment period; it’s a temporary occurrence as your body seeks a new equilibrium based on your new habits. Take up swimming and you’ll lose a few pounds. Keep up the same routine, and you’ll remain at the new, slightly lower weight. Cut out sweets and the same thing happens: you drop a pound or two, but when your metabolism adapts to your new eating habits, your weight loss stops.

That’s why many of the men and women you see in the gym — even those who seem to crush every single workout — might not change much from one month to the next. Their bodies have adapted to their routine, and since their routine doesn’t change, neither do their bodies.

Bottom line: Weight loss occurs when you do something new and you do it often: the novelty forces your body out of homeostasis, and the consistency keeps it from going back — until it adjusts to the new normal, at which point you have to switch things up again.

Working Out for Weight Loss: Where to Begin

If you haven’t exercised for awhile, any type of physical activity will be new, so it almost doesn’t matter what you do for the first several weeks — simply exchanging “nothing” for “something” will do wonders on its own. Walk, hike, cycle, row, jog, dance, swim, repeat.

“In the beginning, your priority should be establishing the exercise habit,” says Poli. “For that, shorter, more frequent workouts work best.”

Poli has his busiest weight-loss clients begin with as little as 10 minutes of exercise at a time — but they do it every day. Start there if you don’t have time for longer workout, working your way up to several short bouts of exercise a day.

This Is the Best Weight-Loss Workout

Before long (around the four week mark), “something” won’t cut it anymore, and you’ll need to become more strategic about your workouts to continue losing weight.

Strength training trumps traditional cardio (think: jogging) when it comes to shedding fat because it causes a more sustained increase in your metabolism. But an even more effective approach is to combine aerobic and strength training with “metabolic conditioning.” Combine resistance exercises such as the push-up, squat, lunge, and plank and conditioning moves such the burpee, jumping jack, and bear crawl into a circuit, performing one set of each move back-to-back without rest. Once you’ve completed all of the exercises, rest for a minute or two, and then do the circuit again. Complete as many circuits as you can. 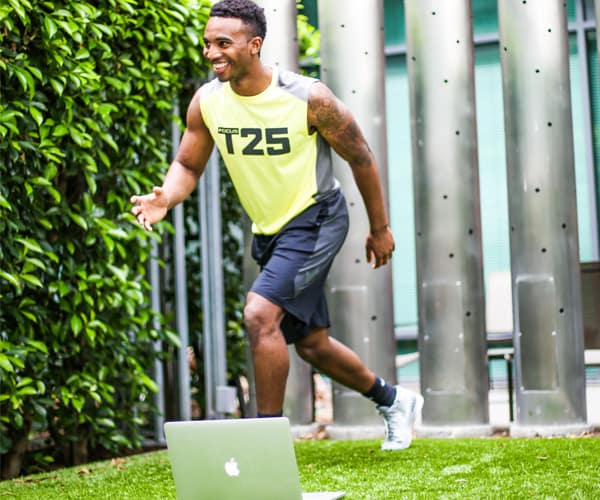 Research shows that HIIT provides the best of both worlds: the cardiovascular boosting, calorie burning benefits of aerobic training, and the muscle building, metabolism revving effects of strength work. It’s also time efficient: The ACSM recommendations can be met through 30 to 60 minutes of moderate-intensity exercise five days per week, or just 20 to 60 minutes of vigorous exercise three days per week. In other words, you can cut your workout time almost in half if you increase the intensity.

Consider three days a week a minimum for HIIT. As long as you monitor signs of overtraining (chronic muscle soreness, excessive fatigue, loss of motivation, high resting heart rate), you can do it more often (up to six days a week).

At the same time, you should also try to move more throughout your day outside of your workouts. Called nonexercise activity thermogenesis (NEAT), mounting evidence suggests that it can determine how likely people are to add body fat to their frames. Even incidental movement such as washing dishes, playing with kids, grocery shopping, and tidying up burns calories, improves circulation, boosts metabolism, improves mood, and combats some of the ill effects of sitting.

Movement is often self-sustaining: The more you do it, the more you’ll want to do it. So start with several short (10-minute) bouts of exercise every day, and progress to three or more longer (20- to 30-minute) workouts every week. Once you notice the difference in how you look and feel — both in terms of your mood and your energy — exercise will become a habit you’ll never want to break.