Body shaming is so common that it’s a constant, nagging presence in many people’s everyday lives.

“Our relationship with our bodies is one of the most complicated relationships we have in our lives, and it’s often fragile and easily disrupted,” says Eliza Kingsford, LPC, a psychotherapist with expertise in body image and eating disorders, and the author of Brain-Powered Weight Loss. “Body shaming affects people of every size, and the psychological effects can be potentially dangerous.”

There’s no clinical definition for it, but we know body shaming when we hear or see it. It can be overt, like someone catcalling insults about your body on the street. Or it can be subtle — a friend or salesperson in a fitting room saying, “That dress might be more flattering with some Spanx.”

Nowadays, it’s more common online: Anonymous commenters blasting a plus-size model, insisting she couldn’t possibly be healthy and overweight. Or when a tabloid feigns concern that a “scary skinny” celebrity might have an eating disorder. 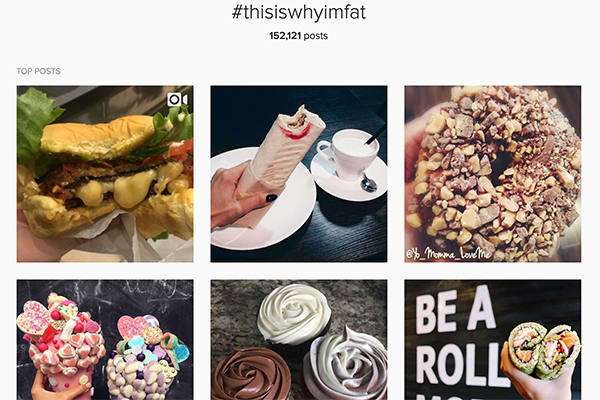 Some people body shame themselves, Instagramming pictures of decadent meals with the hashtag #thisiswhyimfat, telling themselves they don’t “deserve” dessert, or cursing body parts they think are too big or too small.

Whether such internal body shaming is more light-hearted self-deprecation or stems from bitter self-loathing, it can become so habitual that it turns into an automatic behavior, says Damon Bayles, PsyD, a clinical psychologist in New York City and former fitness trainer.

The good news? It is possible to “flip the script” in your head when those body-shaming thoughts pop up by reframing them and separating the thought from actual judgement.

Why Do People Body Shame Others?

Commenting on other people’s bodies, eating habits, clothing, or photos (the list goes on) is about power, not about connecting with another person, Bayles says.

“It’s easier to evaluate others than to be curious about what is getting kicked up for you in the process of witnessing or seeing something,” he says. “So they decide they’re just going to judge you rather than be authentic about what you might be managing in your life.”

Insta-judging helps people steer criticism away from themselves and toward you instead, in other words. Someone who is self-conscious about his or her own appearance might feel empowered to make comments about someone else’s appearance, Kingsford says, and those people can be particularly brutal online.

“It’s much easier to hide behind a screen and pass judgment on someone,” she adds. “In my experience, someone who is confident in their own appearance does not make negative comments about another’s.”

Another piece of the shame puzzle is the perception that if someone is overweight, it’s their own fault, so some people feel justified in criticizing them.

“We’ve been led to believe that if you’re overweight, you are lazy and unhealthy,” Kingsford says. “While that may be the case in some instances, it completely ignores the multitude of factors that contribute to obesity and being overweight that have nothing to do with laziness or intentional poor dietary habits.”

Here are some of the real ways body shaming could be derailing your efforts to lose weight and get healthy.

Body shaming can have a negative impact on your health

“Making comments about someone’s physical appearance without knowing how they will react can lead to depression, anxiety, shame, self-doubt, loathing, and other negative feelings,” Kingsford says.

Low body satisfaction has been found to be a key factor in cases of disordered eating, stress, low self-esteem and depression in adolescent girls, while body shaming has been linked to binge eating.

Researchers are also starting to note a link between the effects of body shaming and physical health. A recent study in the scientific journal Obesity suggests that people who internalize fat-shaming messages — disapproving glances or unsolicited weight advice — may have a higher risk of poor health. 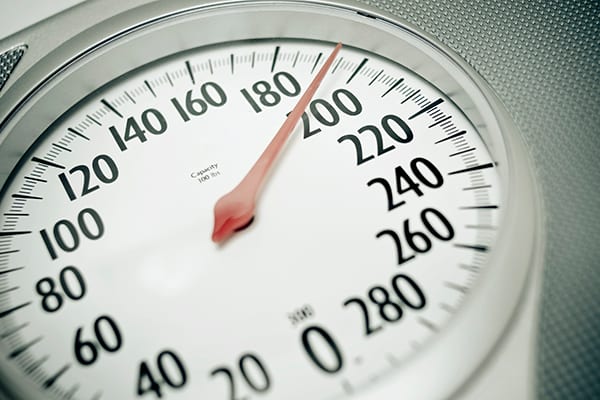 There’s no lack of people who claim that fat shaming is an effective incentive for weight loss, but there’s no reliable evidence to back that up — at all. In fact, shaming others can have the opposite effect, according to a recent study. Participants who experienced weight discrimination had poorer mental health and gained weight rather than losing it.

“Imagine you’re working really hard at a diet/exercise program, but your body just isn’t changing shape fast enough. How frustrating and hopeless that might feel,” Kingsford says. “Add to that the pressure you feel because people are commenting about your shape. This can lead to all kinds of detrimental feelings and actions, everything from giving up on your program to turning to unhealthy behaviors.”

What does work are messages telling people to eat more fruits and vegetables for better overall health, according to a related 2013 study. It found that people respond more positively to messages intended to improve health than to negative admonishments about weight. Researchers also concluded that messages that make people feel stigmatized tend to decrease their motivation.

Focusing on the positive reasons for getting fit and healthy, versus focusing solely on losing weight, may be the key to encouraging people down a healthier path.

“Body shaming keeps people in a relationship with an idea rather than a reality,” Bayles says. “The body-shaming thoughts support the old narrative idea as opposed to what actually is.”

Old negative ideas — “I’m so fat” — can get in the way of reality, making it more difficult to create a plan of attack to help you achieve your goals.

“Personally, I’d like to see a shift from posting pictures of the human body on social media and magazines altogether,” Kingsford says. “We have become a society obsessed with how we look, and not how we feel. Posting pictures of half-naked bodies contribute to the problem just as much as commenting positively or negatively about those bodies.”

Spending less time scrutinizing body images in the digital sphere and cultivating new and healthier ways of thinking instead, can lead to a more positive outlook, but it takes time for the brain to unlearn those negative thoughts, Bayles says.

Another way to shed the negative narrative is to ask yourself, “What’s the meanest thing I say to myself?” Then ask whether it’s true, he says. “Once you start looking at thoughts critically and attacking their veracity, you can tap into reality.”

It requires practice and a certain level of vigilance to stay in the here and now, but once you’re there, you can work on being more compassionate and gentle with yourself, Bayles says.

Body shaming doesn’t give you room to fail

With any long-term health goal, setbacks are the rule, not the exception, according to Bayles. “Give yourself some wiggle room so you’re not setting yourself up to abort your mission at the first sign of weakness,” he says.

In other words, one pizza pig-out won’t make you feel like a huge failure if you have a realistic mindset from the get-go. If you view setbacks as part of the process, it will help you circumvent any internal chatter that might persuade you to ditch your diet.

By understanding why negative thoughts about your body exist in your head — and in others’ — you can begin to change the conversation and start moving forward.