As Ironman coach Pete Valdez laid into me that sweltering Texas morning, it took everything I had to keep up. His interrogation was relentless, the questions firing like a machine gun from his mouth almost faster than I could respond.

“Is this stuff hypotonic? Do the sugar levels allow for maximum absorption? How’s the fructose/glucose ratio? And the sodium? Other electrolytes? Is this stuff going to work for an athlete with a high perspiration rate?”

I answered his questions as fast and accurately as possible as I white knuckled the Beachbody Performance tub I was holding, the whole time fantasizing of easier situations (waterboarding, anyone?) and thinking, “I did not sign up for this!”

Okay, so technically I had. When Beachbody Performance was announced as the official Sports Nutrition Supplement for Ironman North America, as the company’s Senior Director of Nutrition Content, I came along as part of the deal. We made our debut last week at the Memorial Hermann Ironman North American Championships Texas and the powers that be decided to ship over their best and brightest brain trust resident nerds — Executive Director of Scientific Affairs Dr. Nima Alamdari and (to a lesser degree) myself — so that we could answer athlete questions at Beachbody’s tent in the Ironman village.

For the first day or so, as the age groupers rolled in, it was lovely. Questions were simple and friendly. As a committed cyclist, I can talk shop with endurance athletes all day, interlacing nutrition knowledge with tips on leg shaving and comparing “that time I barfed in the middle of a race” stories. 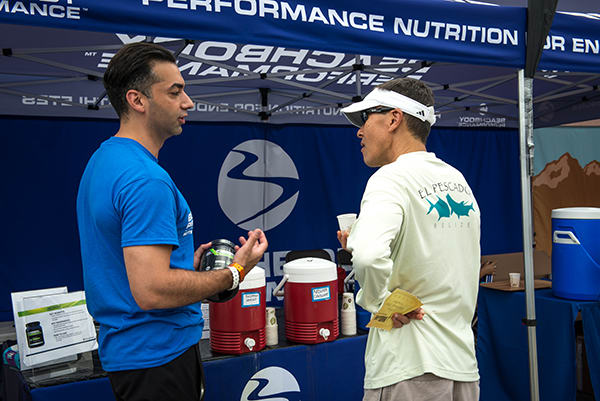 But then the pros — and their coaches — started showing up and the conversations got rugged. Nima was in wonky talk heaven and I’ve been studying our ingredients and timing protocols for months, so we could hold our own just fine, but these people knew their stuff. There was no margin for error and little tolerance for marketing bull pucky.

To put this in the perspective of a professional triathlete, Ironman races consist of a 2.4-mile swim, a 112-mile bike ride, and a 26.2-mile marathon, without a break, all in one day. These folks are paid to suffer like this, several times a year. Although any one of these stages is a challenge, a reasonably fit athlete could bumble through either the swim, ride, or run without getting too serious about nutrition. When you put the three together, you have no choice but to nail your feeding and hydration — or you’re dead meat. A 2002 study showed male triathletes can burn over 10,000 calories during a full Ironman. Female athletes tear through more than 8,500 calories. A 2001 study showed that Ironman participants lost, on average, 5.5 pounds during a race from fat, glycogen, and fluid loss.

Add to this that fact that participating in an Ironman is so much more than one tortured day. Some triathletes train for months or even years for this single moment. My Beachbody Performance Big Orange cycling training partner Kevin Nix did the Ironman Vineman in 2014. For months, he spent every lunch break jogging around his office. He crammed swim training into early weekend mornings before his kid’s soccer games. And, worst of all, cycling training was limited to primarily flat, 100-plus mile efforts, thus forcing me to go mountain biking with other people. (I’m not an advocate of open relationships and I let Kevin know this was not okay. He has subsequently returned to exclusively cycling.)

With such a regimented training schedule, Kevin had to make sure his body recovered after every workout so he’d be ready for the next one. Nutrition was key.

Even with all that training and with his nutrition pinned down, the race was brutal — and this coming from a guy who rode his bike from San Francisco to Los Angeles in two days. “My legs started cramping at the beginning of the run,” Kevin explained, “I knew that as soon as I stopped they were going to lock up — but I’d trained a year for this and I wasn’t sure if I’d get the chance to do another one, so I kept pushing. I crossed the finish line, got my medal, a picture, some water, and collapsed against a tree. I tried the massage tent but they couldn’t do much because of all the spasms. I was in a world of hurt but I had done it. I was an Ironman.”

The thing is, Kevin is an amateur and he still went at it with this mindset. You can only imagine the type A Übermensch determination the pros attack it with. They need their nutrition to be nailed down so that before, during, and after training and competing, their bodies and brains are battle ready. If they’re even going to consider trying your nutrition products, they’re going to make 100% sure you know what you’re talking about. 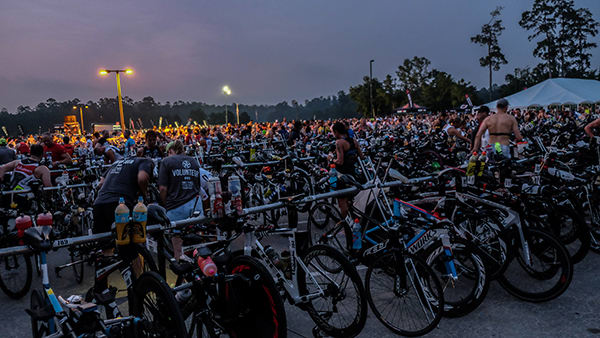 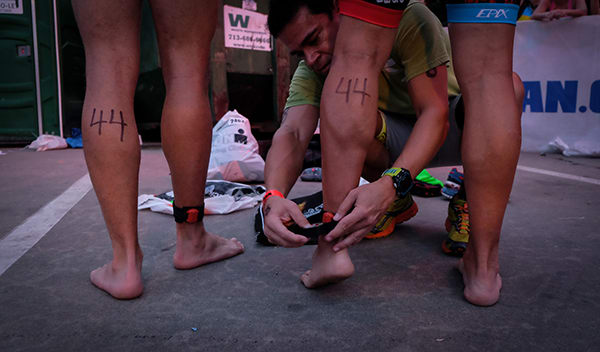 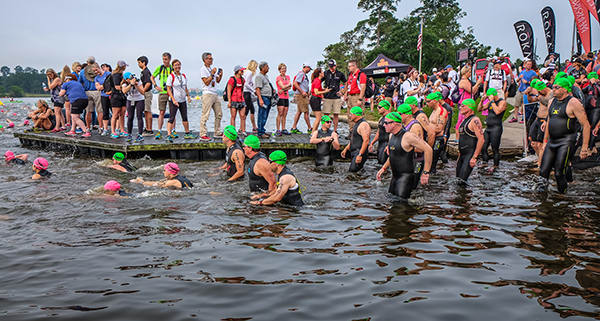 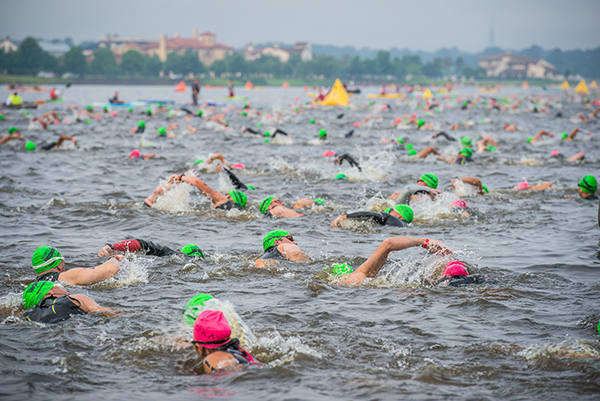 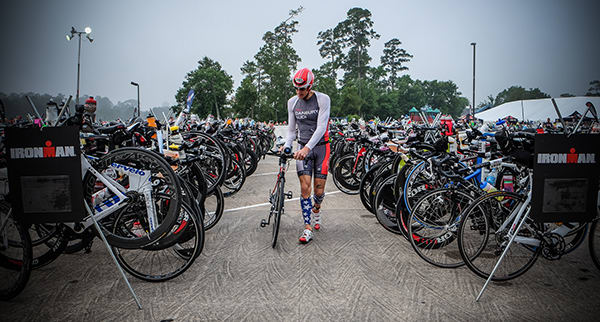 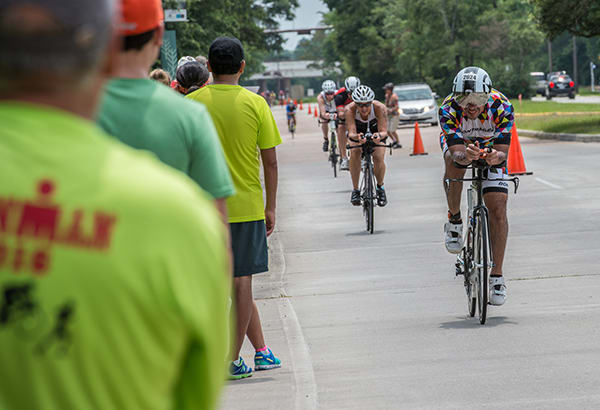 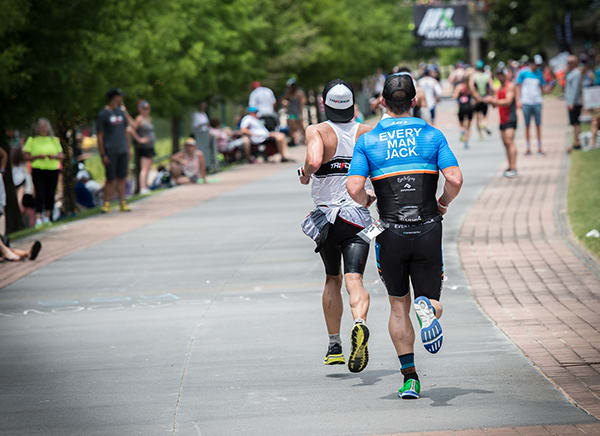 Luckily, we do. Nima and his team have poured countless hours of blood, sweat, and science into Beachbody Performance, making sure Energize, Hydrate, Recover, and Recharge are all state-of-the art. The Beachbody Performance line contains clean, cutting-edge ingredients in amounts clinically proven to work. We then took the extra step of screening them for banned substances, so that athletes could rest assured the line is free of the 180+ substances banned by the World Anti-Doping Agency.

And, as every Ironman participant who came by the booth to try a sample discovered, the stuff tastes really, really good. 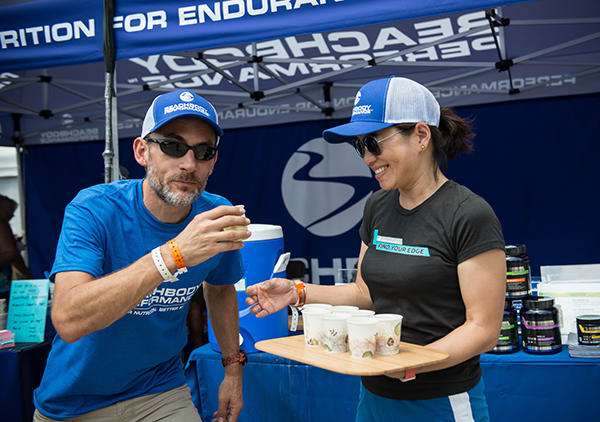 Eventually, my personal Spanish Inquisition with Valdez shifted to the best way for him to get Beachbody Performance to his athletes. At that point, my job was done. I was happy to concede this wasn’t my area of expertise and introduced him to Brand Manager Kavi Kapadia. Valdez softened, “I had to drill you because what I recommend matters,” he said. “Had you answered wrong, I would have walked away.”

I, in turn, walk away from the event — but with a new respect for Ironman triathletes. I respect the thought they put into nailing down their training and nutrition. It’s the only way that they can make the impossible possible. They’re a sterling example of how understanding what you put in your body will make you a better athlete and get you better results. Sure, it’s important to decide whether you prefer Recover Chocolate or Recover Orange — but do you really know what’s in both of them? Anyone who aggressively tries to learn that is going to do big things.

Want to try the Beachbody Performance Line yourself? You can get it here.