More than 80 percent of Americans claim to know how to swim, according to a survey by the Red Cross. That sounds like a decent number, until you ask them to swim the length of a 25-meter lap pool—a task that only slightly more than half of people can complete.

Much of that has to do with fitness level, of course, but technique is also a factor. If you can’t propel yourself efficiently through a medium that is 784 times denser than air, you’re going to peter out much faster than someone who can slice through it with minimal drag and maximum propulsive force. So if you want to transform swimming from recreational pursuit into a regular swim workout—and we recommend that you do—you’re going to want to polish your freestyle stroke.

Step one: Watch A River Runs Through It. Seriously. The fly fishing scenes in the 1992 period drama contain some expert advice on proper freestyle technique, says Los Angeles-based swim coach Jacki Hirsty, who has set more than 40 FINA master’s records.

“Great freestylers cast their arm forward, like a fly fisherman,” says Hirsty, adding that the motion is relaxed and graceful. “Novices actively ‘put’ their hand in the water, and that keeps the muscles in constant contraction.” The result: Faster fatigue.

Great freestylers also know that technique counts just as much as power and strength. “Reducing drag provides eight times the benefit of increasing propulsion,” says Hirsty. Maximize both with the tips below. 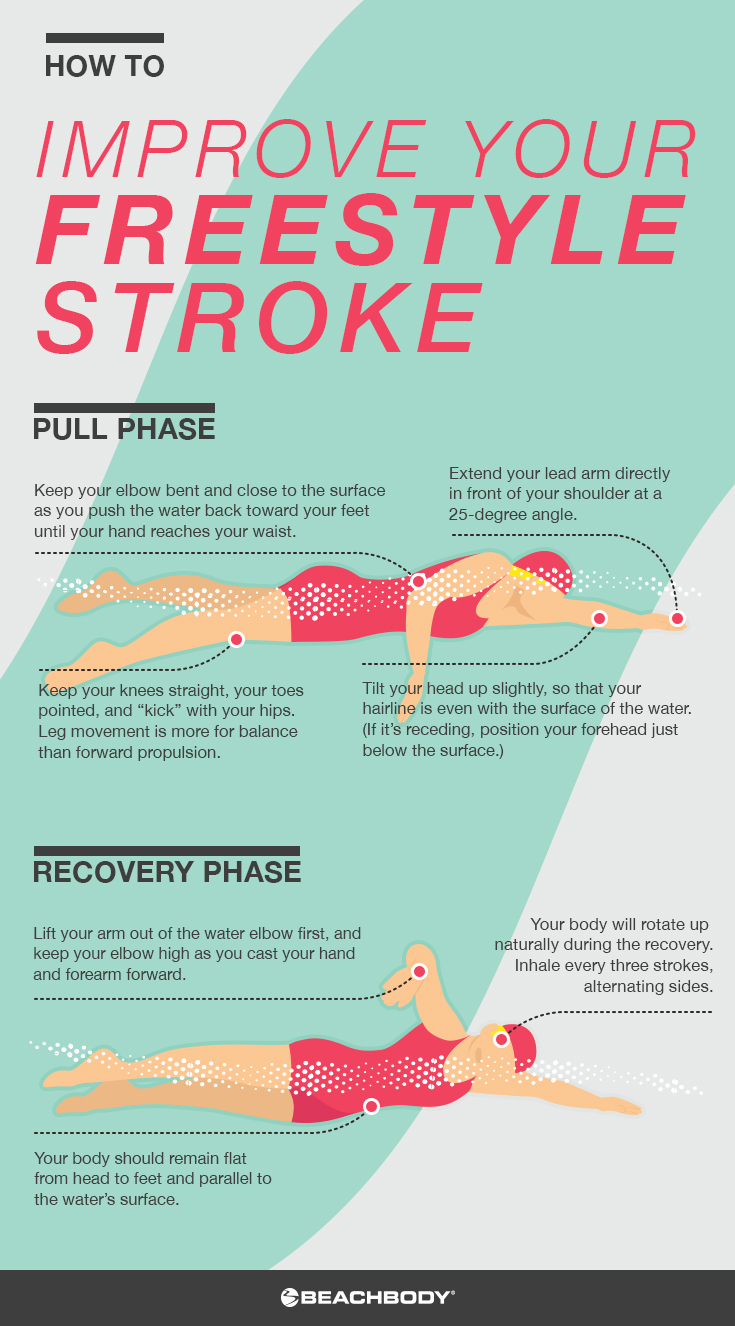