You just got home from a busy day at work, only to find that you forgot to take the chicken out of the freezer in the morning to thaw.

Time to ditch your healthy meal plan for a takeout dinner, right?

Not necessarily — you can actually cook frozen chicken in the Instant Pot!

This multi-cooker appliance makes cooking faster and easier, and it can handle just about anything (even yogurt!).

As it turns out, that also includes a frozen-solid chicken — and it only adds a few minutes to your usual cooking time.

How Long to Cook Frozen Chicken in the Instant Pot

You can use Instant Pot’s cooking time tables as a guideline. Frozen meat requires a few extra minutes of cooking and may also prolong the time it takes to pressurize before the actual cooking time begins.

That means the actual time from freezer to table will be a bit longer than the cook time — but don’t worry, it’s worth the wait.

Yule recommends the following cooking times as a starting point. Your mileage may vary, so always check the internal temperature of your chicken to make sure it reaches 165 degrees Fahrenheit.

Here are a few guidelines that can help you figure out how long you need to cook frozen chicken in the Instant Pot. 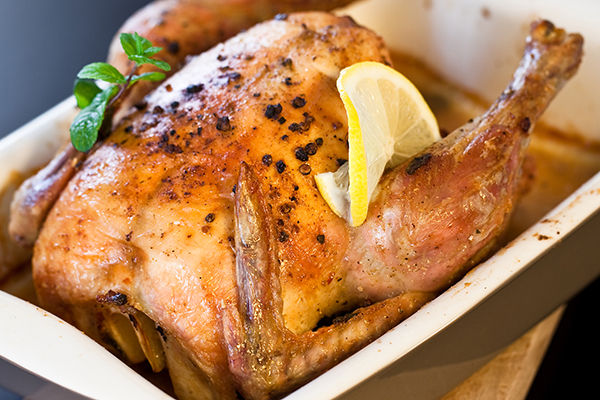 The time it takes to cook a whole frozen bird in the Instant Pot depends on its weight, according to Yule.

But a good rule of thumb is to cook a frozen whole chicken for 10 minutes per pound. For example, a 4-pound frozen chicken will take 40 minutes in the Instant Pot on high pressure.

It typically takes 15 to 20 minutes to cook frozen chicken breast in the Instant Pot. When the cook time is up, immediately turn the steam release valve to do a quick release.

For both boneless and bone-in chicken thighs, do a quick pressure release after cooking. 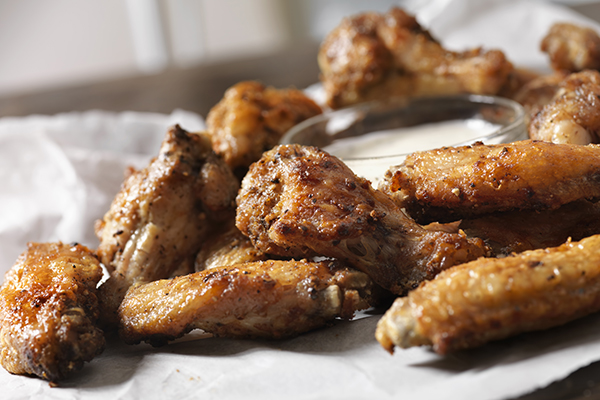 How Long to Cook Frozen Chicken Wings and Drumsticks

For 2 to 3 pounds of meat, you’ll want to cook frozen chicken wings or drumsticks in the Instant Pot for 17 to 22 minutes. Do a quick release when they’re done cooking.

Is It Safe to Cook Frozen Chicken in the Instant Pot?

Yes, as long as you do it correctly.

“If you use the pressure cooking function — not slow cooker — and ensure that the chicken reaches the minimum safe internal temperature of 165 degrees Fahrenheit, it should be safe,” Yule says.

Frozen chicken naturally takes longer to cook, because it first has to thaw out before the actual cooking process starts. That’s why the FDA warns against putting frozen chicken in a slow cooker, because it keeps the chicken in the bacterial danger zone for too long.

Pressure cooking, however, takes approximately 30 percent less time than traditional methods because it traps the moisture that would normally evaporate while cooking on the stovetop or in the oven.

This speeds up the chemical processes that happen during cooking, so your food reaches safe temperatures faster.

The Instant Pot relies on moisture for cooking, so you need to make sure you include some with your chicken. Simply add a cup of liquid to the inner pot before adding your chicken and spices.

“To enhance the flavor you are going for, I’d recommend cooking it in the juice,” says Trista Best, MPH, RD, LD. “For instance, if you want a pineapple chicken, substitute a portion of the water for pineapple juice to allow it to cook into the meat.”

Once you have your frozen chicken ready for cooking, simply press the “manual” or “pressure cook” button on your Instant Pot and adjust the cooking time as needed.

Check the internal temperature with a meat thermometer, and you’re ready to enjoy it!

Why Healthy Eating Is Even More Important During Pregnancy

How to Make Soup in a Slow Cooker 101