A few centuries ago, when the Incas were expanding their territory from Ecuador to Chile, their warriors relied on “war balls” — a rolled-up blend of quinoa and animal fat — to keep their energy up during long marches. (Building an empire isn’t easy.)

Because quinoa was easy to grow and packed with nutrients, the Incas called it chisaya mama, or “mother of grains,” and they depended heavily on it for survival.

They were wrong about the “grain” part — quinoa isn’t a type of grass, so it’s technically a pseudocereal, not a grain — but they were right about the nutritional benefits.

(Fun fact: Quinoa is an ingredient in Shakeology!)

And the Incas weren’t the only ones ahead of the game on quinoa. In 1993, NASA researchers — who were looking for ways to keep astronauts healthy on long journeys — suggested quinoa as sustenance for long-term space missions because it’s rich in protein, versatile enough to mix with other foods, and easy to grow in controlled environments. 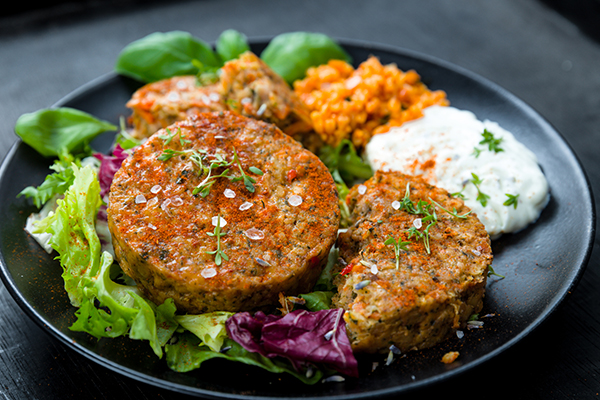 Okay, so quinoa is popular among ancient warriors and astronauts, but why should you add quinoa to your diet?

Well, if you’ve ever turned on a computer, you’ve probably seen countless articles about the incredible health benefits of “superfoods.”

Here are four reasons to make this superfood a staple in your meal plan:

One cup of cooked quinoa contains eight grams of protein, which is nearly double the amount found in rice and other grain-like foods.

And there’s even better news for vegetarians — quinoa is a complete protein source.

So… what’s a “complete” protein?

Meat and eggs are complete proteins, but it can be a bit trickier to find meatless sources — so if you’ve been stuck in a tofu-and-tempeh rut, quinoa can help you switch it up.

One of those essential amino acids in quinoa is lysine, which may help your muscles recover more quickly after a workout. So how much lysine should you be eating? Whip out your calculator:

A cup of quinoa contains just under 500 milligrams. So does that mean you should scarf down six cups of quinoa in a day?

But it does give you one more meatless option for getting extra lysine into your diet.

3. It’s a great source of fiber

Fiber is an important part of any weight-loss plan — it can boost digestive health and help you feel fuller. A cup of quinoa contains five grams of fiber, giving it a serious edge over starches like white rice (0.6 grams per cup) and whole wheat bread (1.9 grams per slice).

Okay, that’s an exaggeration. But for something that tastes a lot like carbo-licious pasta, quinoa is a great source of a few key vitamins and minerals:

One more vitamin-y perk: Quinoa contains 3.5 grams of fat, and most of it is the healthy, unsaturated fats that help your body absorb fat-soluble vitamins.

(Pro tip: Need ideas on how to eat right and get fit? Download our free “100 Ways to Lose Weight” guide here.)

How to Cook Quinoa

Ready to make quinoa a staple in your diet? Here’s how to make perfect, fluffy quinoa every time:

1. Use a fine mesh strainer to rinse.

2. Put one cup of water and two cups of quinoa in a pot.

4. DON’T lift up the cover to see what’s going on — let your quinoa cook in peace.

5. Remove from heat and fluff with a fork.

Now that you’ve mastered how to cook quinoa, here are a few recipes to get you started:

The Monthly Fix: How to Read a Food Label