It’s an inevitable outcome of the digital age we live in, and while the technology is great for communication and dispersing information, it can really take a toll on your body.

Thankfully, you can mitigate some of the side effects of slouching by doing an exercise called the reverse fly.

Here’s how to do the reverse fly, and some variations you can add into your workout routine.

How to Do the Reverse Fly With Perfect Form

Variations on the Reverse Fly

By making a few tweaks to the angle of your torso, you can hit your muscles in slightly different ways to get even more out of this move.

Appears in: Body Beast >> Build: Back and Bis

Appears in: The Master’s Hammer and Chisel >> Iso Speed Hammer

How to Make the Reverse Fly Easier

How to Make the Reverse Fly Harder

Benefits of the Reverse Fly 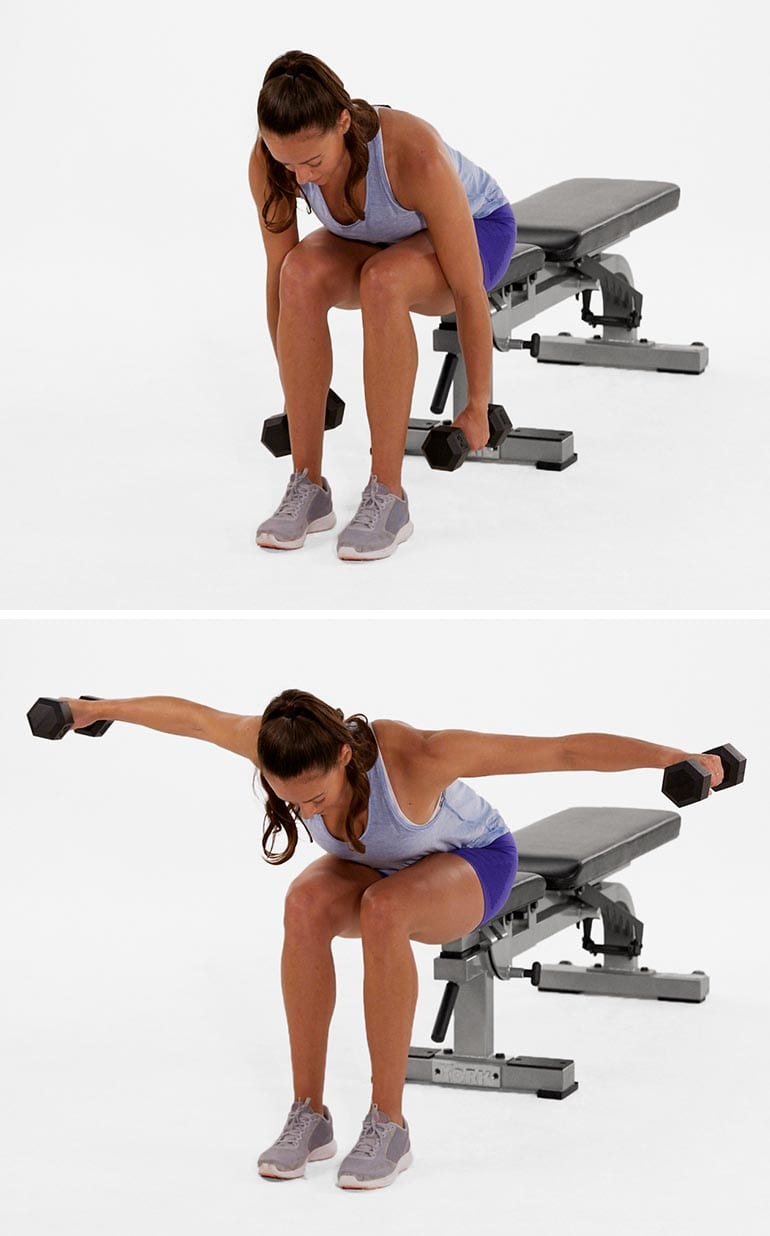 “Every day, many of us sit at a desk typing, texting, or slouching, which lengthens the fibers of the rear delts and rhomboids,” explains Personal Trainer Cody Braun, NASM performance enhancement specialist.

In fact, research published in Surgical Technology International shows that this slouched, head-forward position can be equivalent of having up to a 60-pound weight strapped to your neck and upper back.

The result: Poor posture, sub-par exercise performance, and an increased risk of injury. The solution: The reverse fly.

While this move alone won’t cure the detriments of slouching, it will help strengthen the rear deltoid, rhomboids, and middle fibers of the trapezius (the ones that aid in scapular retraction).

Sure, you could go to a gym and use the reverse cable fly machine, but you can also do this move in the comfort of your own home with just a set of dumbbells.

The dumbbell reverse fly works just as effectively as any machine (and it takes up a lot less space, too).

What Muscles Does The Reverse Fly Work?

The reverse fly hits a number of important muscle groups on your back and shoulders, including the trapezius, rhomboids, and rear deltoids.

This kite-shaped muscle runs vertically along your upper spine and fans out toward your shoulders. The upper traps shrug your shoulders up, the middle portion pulls them back, and the lower traps pull them down. All together, they help you do nearly anything that requires upper body power, like throwing, climbing, swinging, pulling, pressing, and more.

The delts are the meaty part of your shoulder, giving it that buff definition when it’s built out. There are three parts to the deltoid muscle: the front (anterior), middle (lateral), and rear (posterior) fibers. The reverse fly emphasizes the rear fibers of the delts, which moves your arm behind your body when you’re standing, and lifts it to the side when you’re lying on your stomach.