You’ve been religiously hitting the gym five days a week for months, but the numbers on the scale have barely budged.

Or maybe you’ve completely overhauled your diet, swapping pizza and pop-tarts for more fresh fruits and vegetables, whole grains, and lean meats. Yet still, you aren’t seeing the pounds fall off as you hoped.

If you identify with either of these scenarios, it’s time to take a step back to consider your approach to weight loss.

It turns out that when it comes to slimming down, there is no silver bullet.

Put simply, dieting or exercising in isolation won’t give you the results you desire. In combination, however, they can pack a powerful punch in the quest to shed weight.

While it’s impossible to pinpoint an exact percentage, there’s a theory called 80/20: that weight loss involves somewhere around 80 percent diet and 20 percent exercise.

It has traditionally been suggested that you need to have a roughly 3,500-calorie weekly deficit to shed one pound.

This would mean you’d need to cut 3,000 calories from your diet and burn about 500 extra calories via exercise over the course of a week.

Unfortunately, weight loss isn’t as straightforward as “calories in, calories out.”

While the sentiment is generally correct, the phrase oversimplifies energy expenditure and the role your diet plays in this process.

When we take in food and drinks, we metabolize those calories and combine them with oxygen to create energy.

Calories are burned and energy is utilized via three basic functions:

Additionally, our bodies expend differing amounts of energy depending on the types of calories we take in.

Both sandwiches contained the same amount of calories but different amounts of fiber, protein, fat, carbs, and sodium.

Similarly, the macronutrient content of the meals we eat can affect the energy our bodies expend to digest them.

Research has shown, for example, that our bodies burn around three times more energy after a high-protein meal versus a high-fat meal. 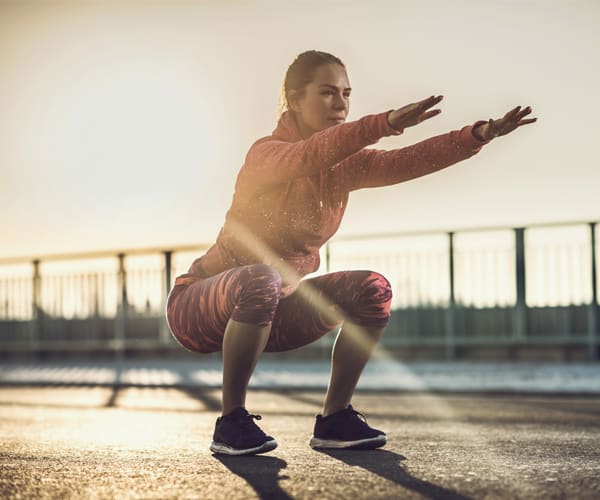 To further complicate things, the type of exercise we do, as well as things like age, gender, and weight, affect both our caloric needs and how we burn those calories.

Here’s a breakdown of how these daily caloric requirements might change when you factor in exercise and weight-loss goals.

The National Institutes of Health reports that for each hour of exercise, you burn:

If she’s hoping to lose weight, however, she would want to run (exercise) and keep her daily calorie count under 2,380 calories.

*Pro tip: Even if you could run an hour a day off the couch, it’s highly ill-advised to complete such a high-impact activity for a long duration if you’re unaccustomed to it. Build gradually toward this type of fitness goal.

Yes, the process of weight loss is far more complex than simply eating well or exercising a few days a week.

“You can’t out-exercise a bad diet.” “Abs are made in the kitchen.”

You’ve heard these classic, clichéd adages before — and they’re true.

21 Day Fix creator Autumn Calabrese agrees: “I see it all the time — people who go to the gym five to six days a week. But they don’t eat right and they’re all still overweight,” she says. “They all still look the same as they did three years ago when I saw them. You can undo a good workout with one wrong meal.”

Indeed, while exercise offers health benefits above and beyond shedding pounds, researchers have struggled to demonstrate that physically active people gain less weight than sedentary people.

Furthermore, a recent study published in the journal Cell Biology found that those who are more physically active don’t necessarily burn a greater number of calories than moderately active people.

The thought is that at a certain point of fitness, the body adapts and causes an energy expenditure plateau.

In an effort to clarify the public health message, researchers from Loyola University Chicago Stritch School of Medicine wrote in the International Journal or Epidemiology: “Physical activity is crucially important for improving overall health and fitness levels, but there is limited evidence to suggest that it can blunt the surge in obesity.” 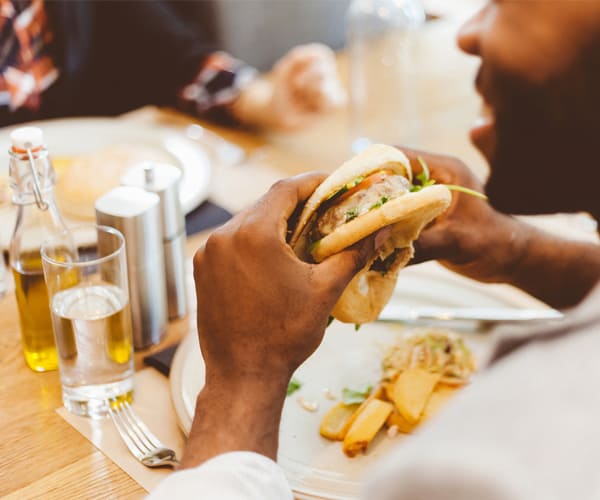 And while there is strong evidence that exercise can assist in weight maintenance, there’s no question that our natural tendency to kick back and wolf down a burger and fries after a hard workout can negate some of its calorie-burning power.

Scientists haven’t pinpointed a single recommendation for the optimum amount of physical activity people should complete in order to maintain weight loss.

Conversely, the literature is pretty clear in terms of the effect of diet on weight loss.

In fact, a meta-analysis shows that as long as you cut calories and follow a diet plan consistently, you’ll lose weight.

It doesn’t matter if the diet you follow is low-carb or low-fat — as long as you stick to the diet consistently, results should follow. This research also suggested that exercise enhanced weight loss in those studied.

Although the most recent studies shatter some of the long-held views about physical activity’s dominant influence on weight loss, it doesn’t mean that you can simply sit in your easy chair, munching on raw veggies all day and expect to lose a whole lot of weight.

To be sure, the human animal is built to either move or fall apart. Here’s what the Centers for Disease Control recommends for weekly exercise at the very minimum:

If it’s overall health you’re looking to support, the CDC guidelines are a good place to start.

Do any Beachbody program, and you’ll surpass those recommendations.

Even if you’re doing Beachbody’s Ultimate Reset, which recommends only gentle exercise, you’ll still exceed it.

For weight loss, however, you’d be hard-pressed to find a more effective workout than high intensity interval training (HIIT).

This type of workout involves short bursts of all-out effort, and torches calories by raising your resting metabolic rate for a short period of time post-exercise, burning fat, and building muscle.

These workouts are designed to give you the most bang for your buck in the least amount of time.

Although there are countless variations, the most oft studied HIIT workout involves 30 seconds of sprinting (usually running or biking) followed by a bout of lower-intensity recovery.

These intervals were performed four to six times (rounds) in three different workouts a week.

Since this is likely too intense for overweight and sedentary individuals, research has also shown positive results from 20-minute cycling workouts that alternate between an eight-second sprint, followed by 12 seconds of low-intensity riding. 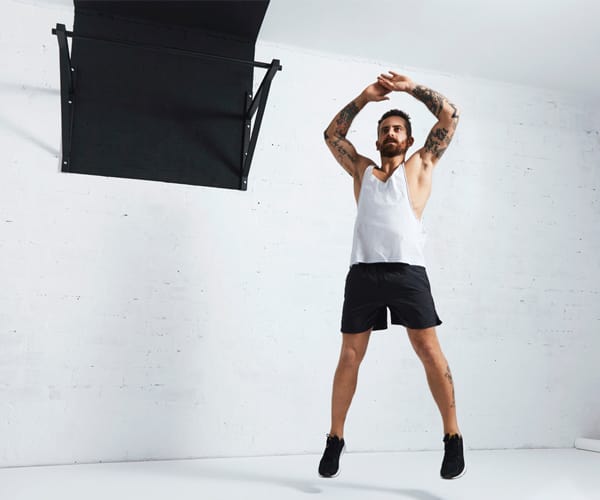 If you’re looking for clear guidelines on how to implement this type of workout, researchers from the Human Performance Institute in Orlando, Florida, put together a regimen based on the latest scientific research.

Only requiring your own body weight, a chair, and a wall, they offer a sequence of exercises to be performed for 30 seconds each with less than 15 seconds rest in between sets.

While this workout is designed to be exceedingly difficult, it’s only seven minutes long, so the suffering is brief. More experienced exercisers can repeat the circuit two to three times.

Have someone walk you through how to do a similar workout described above because, let’s be honest, high-intensity intervals are hard to complete on your own.

Beachbody’s INSANITY MAX:30 and CORE DE FORCE workout programs blast fat through high-intensity interval training using only bodyweight exercises, so these programs offer great options for when you just want to get the work in without worrying about how to structure your own workout.

Despite these positive results, the research is still clear that you can’t out-sprint a poor diet.

Consider the fact that the National Weight Control Registry examined the habits of people who were most successful in losing weight, and found those most effective at weight-loss maintenance watched their diets and exercised regularly.

Another review conducted by Austrian researchers concluded that diet and exercise was more effective in long-term obesity management than diet alone, with a moderate superiority to diet (versus exercise) when it came to individual results.

Adding further evidence, a study completed on post-menopausal women and published in the journal Obesity came up with similar results.

The researchers separated a group of participants into four groups: exercise only (45 minutes, five days per week), diet only (1,200–2,000 calories a day and less than 30 percent of calories from fat), exercise and diet, and a control group.

Most impressive, the combined diet/exercise group lost an average of 19.8 pounds.

While there is still much research to be done, there’s no question that a more holistic approach to weight loss yields the best results.

Busting your butt in the gym only to blow it in the kitchen is counterproductive, as is getting so preoccupied with avoiding all unhealthy foods that you don’t have time to exercise.

For the best results, remember the 80/20 rule: successful weight loss is 80 percent diet and 20 percent exercise.

With a bit of discipline, both in terms of what you put in your mouth and how much you move, you’ll see those pounds fall off like never before.

Just remember that whatever diet plan or exercise regimen you choose to follow, combining both diet and exercise can produce the most successful long-term results.

But, the key to maintaining weight loss is consistency. So choose wisely.

If you know you can’t maintain a low-carb diet for the long haul, explore another option.