You tried the whole low-carb weight-loss strategy and — let us guess — it sucked.

You felt exhausted, your workout performances suffered, and you dreamed of nothing but bread and pasta and pancakes. When baked goods take over your daydreams, carb cycling to lose weight starts looking really attractive.

“Carb cycling is an eating protocol that consists of eating a lot of carbs on days you work out and few carbs on days you don’t,” says Wisconsin-based strength coach Pat Gilles, C.S.C.S. “It’s an easy diet because it allows you to have the carbs you like with little to no deprivation. It ensures you get enough protein and carbs to maintain the muscles you have, but it allows you to lean up at the same time.”

Before you go carb crazy, hold up: There’s a lot more to know about carb cycling for weight loss. 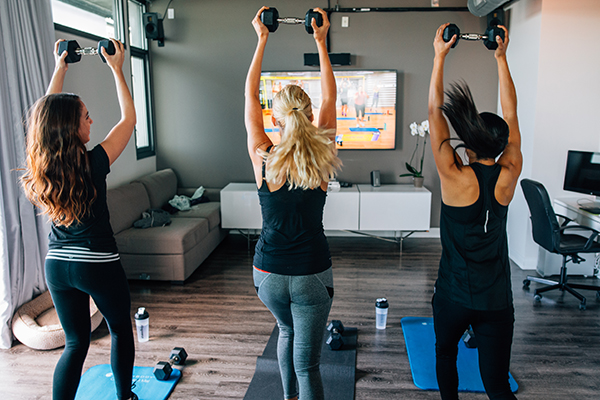 How Does Carb Cycling Work?

Carbs are your body’s quick-acting fuel and — apart from powering your brain, red blood cells, and liver — they are responsible for giving your muscles what they need to crush your hardest workouts, explains Susan Kleiner, Ph.D., R.D., author of Power Eating and a sports nutrition consultant to NFL, NBA, and Olympic athletes.

During high-intensity exercise, for instance, roughly 80 percent of your body’s energy comes from carbs — both those floating through your veins and arteries as blood glucose as well as those stored in your muscles and liver as glycogen, she says. So you’re going to burn — and therefore, need — more carbs on days when you hit it hard in the gym.

However, carb cycling doesn’t stop there. Instead, it gets into the fat-adaptation controversy. Let us explain: When you don’t have enough carbs on board, your body is forced to burn fat for energy. Over time, forcing your body to burn fat can theoretically increase your natural tendency to use fat as an energy substrate.

Researchers call this becoming “fat adapted,” and a 2016 Metabolism study of endurance athletes suggests that it can occur after following a ketogenic diet (generally accepted as fewer than 50 grams of carbs per day) for 20 months.

Proponents of carb cycling believe that the body can quickly become fat-adapted through periodic low-carb days, thereby allowing you to burn fat even when you’re glued to the couch bingeing on Netflix.

Gilles explains that carb-cycling dieters also believe that this approach supports healthy levels of hormones, including insulin, cortisol, leptin, ghrelin, and thyroid hormones to promote healthy metabolism and lower levels of exercise-induced inflammation and hunger. However, this hasn’t been proved in the research.

Further complicating matters, carb-cycling protocols vary widely in terms of the quantity of carbs that can be consumed on high-, moderate-, and low-carb days, he says. High-carb days can include anywhere from 100 to several hundred grams of carbs per day.

Low- and no-carb days typically include fewer than 50 grams of carbs per day, but can often go as low as five or 10 grams. (FYI, an apple contains 15 grams of carbs.) Moderate-carb days are somewhere in the middle and usually flirt with the 50-gram mark, says Gilles.

Keep in mind that the current recommended daily allowance of carbohydrates, which specifies the minimum amount required for good health, is 130 grams per day. Low-carb diets are generally classified as those in which less than 45 percent of daily calories come from carbs. For someone following a 1,600-calorie diet, that would equate to anything less than 180 grams of carbs per day.

It just might. In a 2011 study, women who cut carbs twice a week lost an average of nine pounds over the course of four months, while women on a Mediterranean diet lost five pounds. (Both groups were on calorie-restricted diets.)

Kleiner largely attributes that weight loss to one’s ability to stick to a diet. When University of Toronto researchers analyzed findings from 59 scientific weight-loss articles, including 48 randomized control trials, they concluded that the ability to adhere to a diet was the number one predictor of weight-loss results.

That said, carb cycling is intended to be a short-term strategy for weight loss, done over several weeks or max, a couple of months, says Gilles. “You cannot eat this way forever,” he says. “Your body needs carbs to function properly. People who do carb cycle do it only until they achieve their goal.”

But even over the short term, an extreme carb-cycling approach that involves yo-yoing between ketogenic and high-carb days can put you at risk of unintended and nasty consequences, says Lori Zanini, R.D., C.D.E., a spokesperson for the Academy of Nutrition and Dietetics.

“Our brain requires a minimum of 130 grams of carbohydrates per day, and if you are physically active your needs increase even more, which is important to consider for overall health,” she says. “In carb cycling, you’re manipulating your body’s fuel sources to the point right before your glycogen stores are completely depleted and muscle protein breakdown starts to occur. That’s when you stock back up with carbs, trying to prevent long-term detrimental effects on our body’s hormone balance and metabolism. When maintained for too long, extremely low-carb diets lower thyroid hormone (T3), testosterone, leptin, serotonin, and insulin levels, while increasing levels of the stress hormone cortisol.”

Unless you’re getting regular blood tests, there’s no surefire way of knowing when you’ve hit that line — until you’ve already crossed it and start to see your results and health suffer.

How to Carb Cycle the Right Way

If you decide carb cycling is a plan that’s right for you for a little while, there are a few things to keep in mind: Start by knowing when to go low and when to go high.

“Match your food intake to your activities,” says Gilles. “Eat more carbs on days that you exercise or exercise hard, but you don’t need to go to extremes.”

While the current RDA of 130 grams of carbs per day will cover your body’s basic fuel needs, you’ll need roughly 60 additional grams of carbs per hour of intense exercise each day, says Donald K. Layman, Ph.D., professor emeritus of food science and human nutrition at the University of Illinois.

If you sandwich your exercise between those extra carbs, all the better. While, for the best results, you need to hit your workouts with plenty of carbs on board, research published in the Journal of the International Society of Sports Nutrition also shows that post-workout carbs help the body recover and build muscle so that you get more out of every single sweat session.

In the end, just remember that carbs are fuel. Treat them that way, and you’re on the right track to losing weight.