Health and medical experts love to talk about the granular effects of exercise: improved muscle tone, a stronger heart and lungs, and healthier joints. But one under-appreciated, and very rewarding benefit of training is its impact on our brain and general nervous system. So what effect does exercise have on the nervous system? Let’s find out!

The Benefits of Exercise for Your Nervous System

We know all the ways exercise can benefits us when it comes to strengthening our body and improving our health, but it also helps our nervous system in a couple of ways. 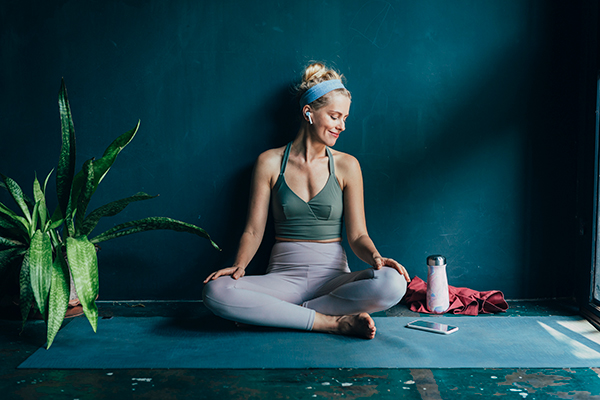 The autonomic nervous system — the mechanism responsible for ramping you up for action and cooling you down after it — gets a nice workout every time you exercise: 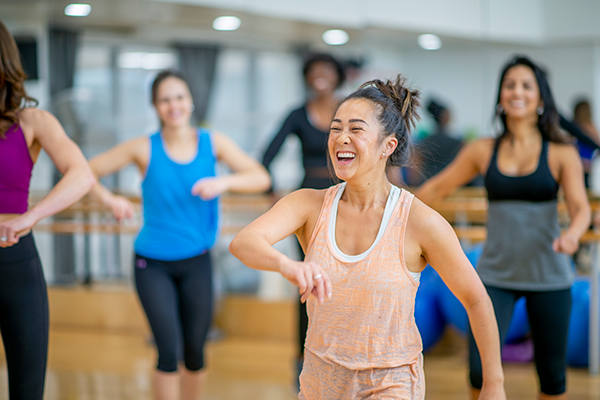 Exercise keeps you thinking: “Especially when you’re just starting out, exercise is a form of learning,” says Angelo Poli, ISSN, creator of the MetPro app.

Strength-training moves like squats, lunges, and rows, as well as cardio moves, like trail running and dance, involve lots of muscles, dozens of joints, and thousands of miles of neural connections. In addition to stimulating muscles, exercise also stimulates the nervous system, which can make working out pleasurable.

“Nerves crave novelty,” says Poli. You may feel awkward after working out or dancing or playing basketball for the first time, but your nervous system lights up from the new stimulus, and you’re likely in a better mood for it. With practice, you gain fluency and competence in your new activity.

Repeating the same movement becomes less stimulating over time. That’s one reason you should switch up your routine regularly and expose yourself to new and different activities as your fitness grows.

The differences don’t have to be huge. Even switching from a reverse lunge to a rotating lunge or running on a flat surface to running on a trail or hill stimulates new muscle and new learning. Changing up the tempo of your movements — lifting fast and lowering slow, for example — places a different demand on your nervous system, stimulating learning and growth.

Can Exercise Have Negative Effects on the Nervous System?

Exercise is a form of stress. However, if you do it correctly — enough but not too much, with adequate recovery — you’ll stimulate growth not only in your muscles, bones, and connective tissue but in your nervous system as well.

Extreme exercise, however, may have the opposite effect. A 2019 study of triathletes suggests that significantly increasing the volume of weekly endurance exercise results in “brain fatigue” and poor decision-making. Taken to extremes, exercise wears out not only the athletes’ bodies but also their brains.

This only seems to happen in extreme cases, however. At more reasonable levels, exercise is a balm to the nervous system and a brain-boosting activity.

What Does Science Say About Exercising and Its Effects on Dopamine Levels?

Something to remember when you’re contemplating skipping a planned workout: exercise provides you with a healthy hit of dopamine. The feel-good hormone associated with pleasure, motivation, and hope is part of why we feel more optimistic and charged-up following a vigorous gym session.

Exposure to these mini-dopamine spikes over time restructures your brain’s reward system. More dopamine circulates through your system, and your system becomes simultaneously more sensitive to circulating dopamine. That makes exercise an effective mood-booster, both in the short and the long term.

How Does Exercise Help Fight Fatigue?

You might think that expending energy through exercise would tire you out, but in fact, the opposite is true. A recent study bears out what trainers and regular exercisers have known for a long time: Working out reduces fatigue.

The study found this to be true across many populations, including healthy adults, cancer patients, and people with diabetes. All of them found that exercise dispelled feelings of exhaustion and made them more alert.

How does this work? Researchers theorize that exercise-induced increases in norepinephrine, serotonin, and dopamine (again) — three energizing neurotransmitters that dispel fatigue and increase energy in animal studies — are responsible for these responses in humans.

“When you’re full-on sleep-deprived, exercise won’t help you much,” says Poli. “But if you’re just feeling sluggish, a workout may be just what you need to turn it around.”