A steamy bowl of soup on a chilly day is pretty much guaranteed to be satisfying.

And while it always seems like a light option (“I’ll just have the soup!”), not every soup is great for your waistline.

It turns out some soups can be too light to keep you satisfied for more than an hour or two — which is fine if you’re considering it a cold-weather snack.

Just don’t think of those as a meal.

Others are loaded with heavy ingredients (such as cream or cheese) that can turn a simple bowl or cup into a serious calorie and/or saturated fat bomb.

But between these extremes are filling, low-calorie soups loaded with nutrient-rich ingredients. Those are the ones you want to eat.

How can you find the healthiest soups? Here’s what you should keep in mind.

Broth-Based Soups With Veggies and Protein 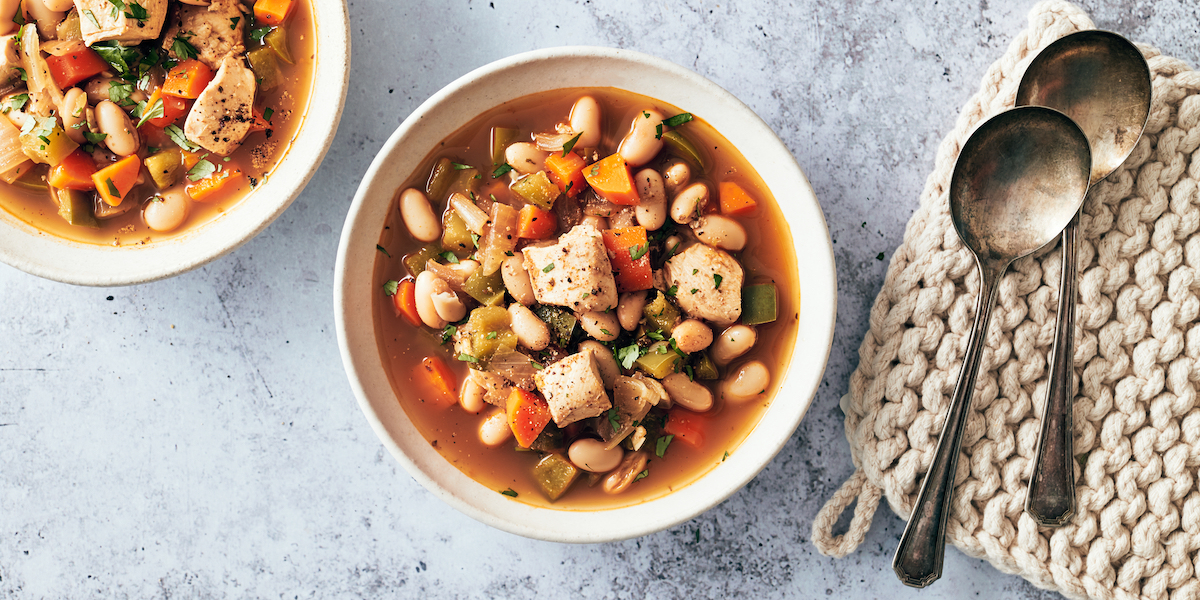 When it comes to the healthiest soups you can eat, these are the gold standard, says registered dietitian Jessica Cording. Think chicken and vegetable, turkey and black bean chili, or lentil.

The liquid will fill you up for relatively few calories, while the fiber from the vegetables and the protein from the chicken or beans will help keep you satisfied until your next meal or snack.

Portion-wise, stick with about 12 ounces, Cording says, because even though soups such as lentil or vegetarian chili are nutrient-dense, the calories can also add up quickly.

Twelve ounces might seem like it’s on the small side, but, “because these soups are high in fiber, you’ll still feel full,” she says. They’re all you need for a meal.

If you do want to add a little something extra, have a small green salad topped with olive oil and vinegar.

Since the soup itself is hearty, you don’t need much in the way of salad add-ons such as nuts or cheese. 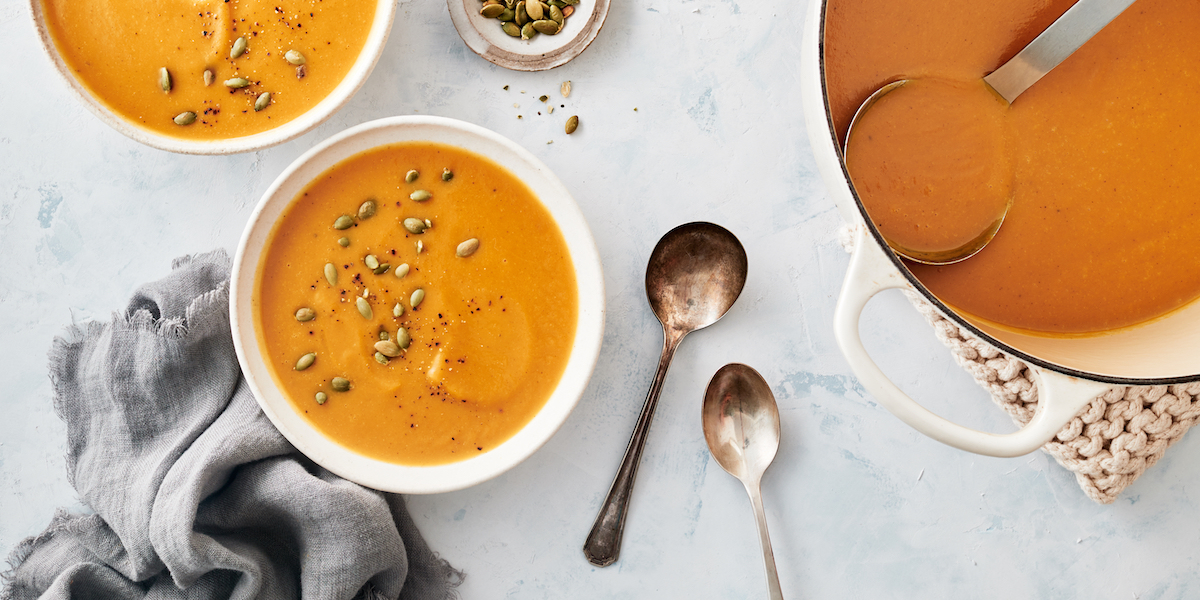 The next-best options among the healthiest soups is the pureed varieties such as tomato or butternut squash.

These aren’t unhealthy, but because they’re generally low in both calories and protein, they won’t keep you full for quite as long, Cording says.

So you might be more tempted to snack on junk food (hey there, desk drawer candy bar!) when your stomach starts rumbling an hour or two after lunch.

That’s no reason to avoid these healthy soups completely, though. Just make sure to enjoy them in the context of a meal that will actually keep you satisfied.

“Add a poached egg for some extra protein, or have a small side salad with some chicken,” Cording says. 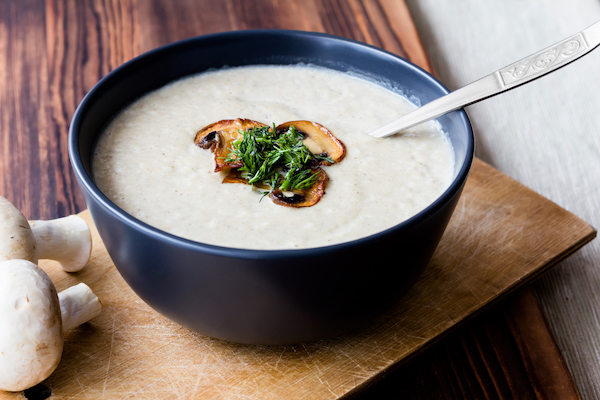 There’s nothing wrong with creamy or cheesy things in moderation — such as the occasional slice of pizza.

But when you’re eating a cream- or cheese-based soup (think: cream of mushroom or broccoli cheese) that translated into loads of cream or cheese.

“They tend to be very high in calories, so it’s best to avoid them,” Cording says.

Calories aren’t her only concern.

Creamy comfort-food soups can pack several grams of saturated fat, not to mention the, er, digestive issues these super-rich dishes can cause.

A Note on Soup and Sodium

It’s entirely possible to find some of the healthiest soups you can eat from a restaurant or café, or even in a can.

But you’ve got to pay attention to sodium.

To bump up the flavor, canned and restaurant soups tend to pack way more salt than what you might add to homemade soup.

In the short term, salty broths can leave you puffy and bloated.

And, over time, a diet too high in sodium can be associated with a higher risk of developing or exacerbating high blood pressure.

If you can make your own healthy soup from scratch, do it. It’s the simplest way to control all of the ingredients that go in your pot.

But when you can’t, stick with store-bought soups that contain less than 500 mg of sodium per serving, Cording says. “And if that’s not an option, make an effort to keep the rest of your foods for that day lower in salt,” she says.

Also, Cording advises to make sure you drink plenty of water throughout the day to stay hydrated.