At first, the suggestion that you can eat more to lose weight sounds backward advice, but when you play it through, it actually makes a lot of sense.

I’m not suggesting that you make a standing reservation at the all-you-can-eat buffet in order to burn off the pounds.

Rather, I’m proposing periodic caloric increases while maintaining a healthy deficit in order to better fuel your workouts and manage the stress of a challenging exercise regimen.

While using fancy words certainly adds an air of legitimacy to my proposal, there’s also a lot of science behind it, so let’s take a deeper dive.

What Happens When You Under-eat and Increase Exercise 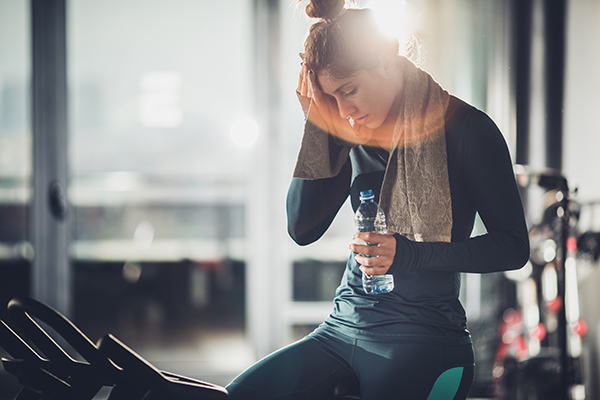 There’s more to our energy system than calories in/calories out.

Among other things, we are designed to survive prolonged famine.

On the other hand, we weren’t designed to handle prolonged abundance, which is why the absurd wealth of high-calorie, cheap junk food available now plays such a large role in skyrocketing obesity rates.

Our bodies just keep storing all those calories as adipose tissue, assuming winter, drought, plague, or some other eco-debacle will come along eventually, forcing us to live off of those fat stores.

When you suddenly reduce your calories and start working out seriously, your body thinks, “Great! I got this!” and you start to lose weight.

But here’s the rub: Your brain may know you’re doing this on purpose, but your body doesn’t.

Under-eating causes stress and, as much as it’s great for you, so does regular exercise.

Your body assumes all this stress isn’t intentional, so after a while, it battens down the hatches and tries to slow the depletion of your “emergency energy reserves.”

In order to do this, it has developed a few physiological tricks:

1. Your metabolism slows down

In a normal circumstance, the process your cells use to generate energy can be a bit sloppy, resulting in something called “proton leak.”

In times of famine, the process becomes more efficient so there’s less leaking.

At first blush, this sounds like bad evolution, but it actually allows your body to be more flexible in managing energy intake right down to a cellular level.

Think of proton leak like a pressure relief valve in plumbing.

2. Your hormones alter your metabolism processes 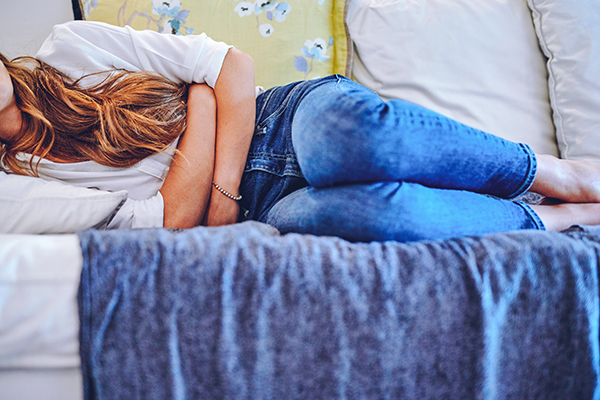 Among other things, your endocrine system (a.k.a., hormone system) exists to help you adapt to stressful situations, including famine.

When you under-eat or lose significant weight, hunger-regulating hormones like leptin and ghrelin alter your appetite and satiety.

Stress hormones like cortisol can cause protective water retention — which is often mistaken as fat gain.

(Remember that your body considers fat to be an emergency fuel supply, and works to conserve it in lean times.)

Finally, thyroid hormones and insulin can also be impacted by caloric deficits, especially over time for yo-yo dieters.

Believe it or not, when you’re eating at a deficit, your body can hold onto calories by signaling you not to fidget as much, reducing your non-exercise activity thermogenesis.

What You Can Do Instead to Boost Weight Loss

If you want to avoid caloric deficit-related issues, the solution is to eat more. There are a few ways to do this.

If you’re at a seemingly large deficit and weight loss stalls, simply add 300 calories to your daily caloric intake.

If you’re following Portion Fix, bump up to the next level. Give it about a week to take hold. If that doesn’t work, go up another 300 calories.

2. Have a refeed day 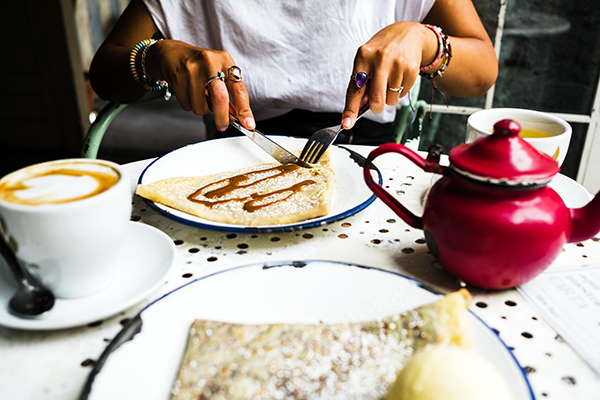 Once a week, pull out the stops and eat. The legit term for this is “refeeding” and it’s a common practice among athletes, particularly bodybuilders.

The idea here is that your system relaxes a little, allowing more weight loss on low-calorie days.

One downside of this technique is that if you’re trying to transform your life, a weekly binge with your frienemy, the pizza man, can be a gateway back to old habits.

There’s something to be said for avoiding cheat days for an extended period until you’re sure you won’t fall off the wagon.

This is a more structured take on refeeding. You feed your body more food some days, so it really doesn’t have time to notice the severe deficit on other days.

A difference of 200 to 500 calories between days usually does the trick. 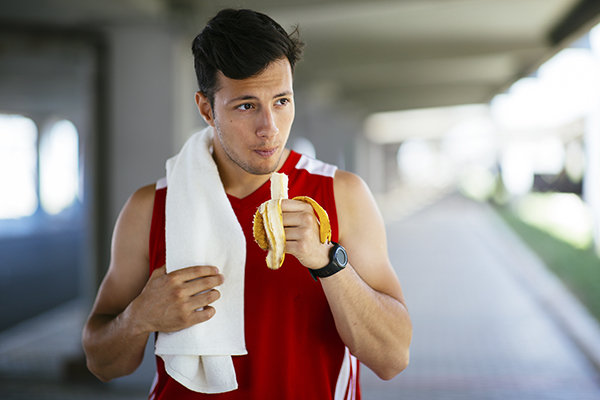 We incorporated this strategy in CORE DE FORCE, which employs a less severe variation of refeeding or zigzagging to help you avoid plateaus entirely.

Start with your calculated deficit. After a week, increase your daily calories by 100 or so with a carb- or fat-based snack.

You want something that will not only ward off plateaus but also add a little fuel to energize your workouts.

In the third week, go up another 100 calories. In week four, drop down to your original amount.

The word “moderation” gets thrown around a lot in the nutrition world.

Today, we’re flipping the script. Eating more can be a super useful tool in weight loss, especially when you’re overdoing your deficit — and that’s a form of moderation anyone can get behind.