Meet Dennis, a Florida man who not only got fit using T25 and P90X3, but who also used his newfound strength in an incredible way.

“I was driving to pick up my daughter from school when, suddenly, a car sped out in front of me. It jumped the curb and went down a hill into the lake. I immediately pulled my truck over, jumped out, and ran to the edge of the water. The car was already floating towards the center.

I thought, I’ve told my kids never go into a lake because of alligators. I dismissed the thought and ran into the lake. I swam to the car as it floated further in. Finally, I grabbed the door handle of the driver side. It was locked. I couldn’t see in the car because only my head was sticking out of the water and the car was higher than I was. The windows were up. I banged on the window and yelled. There was no immediate answer.

Then, I heard a man inside say, ‘I can’t.’ My heart dropped because I knew there was no way I would be able to get inside. It was terrifying knowing I could be watching someone die in front of me and was completely helpless. I yelled to him. ‘You have to get out!’

Then the window went down. I boosted myself up on the windowsill. Inside was a man in his thirties. His kids were in the backseat. I asked if they could swim. He said that his seven-year-old daughter could, but his four-year-old son could not. I could feel panic start to come on, but I stayed focused. He put the back window down as far as it would go. 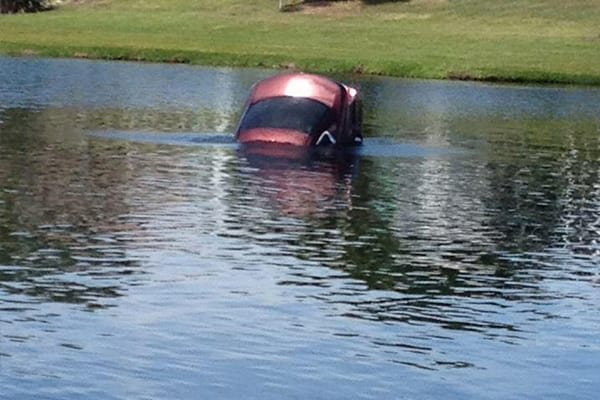 I tried to pull the daughter out through the window, but she was stuck. She had grabbed her bookbag and it wouldn’t fit through the window. The car had started to nosedive in the water. I had no leverage, because the front of the car was sinking and the back of the car was up in the air. I finally got her, her bookbag, and her brother out. The man climbed out and we started to swim to shore, which was about 25 yards away.

The two kids were holding on my back and I had the girl’s bag on my arm. The man swam next to us. About 5-10 yards from the edge, I began to run out of energy and knew I was very close to complete exhaustion. I started to scream for help. I didn’t realize that I was only feet from being able to touch the lake bottom until a man ran into the water and pulled me and the kids to the shallow edge. We had made it. 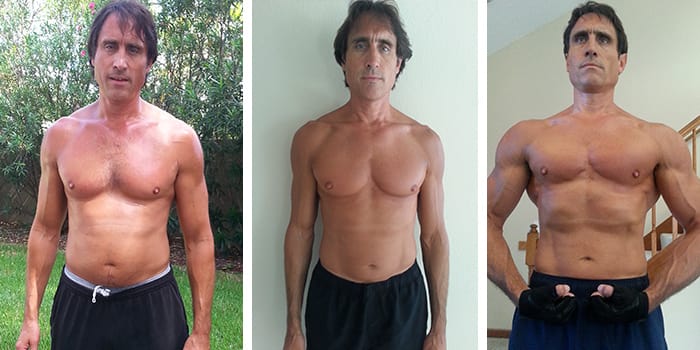 Results vary depending on starting point and effort. Dennis is an independent Beachbody Coach.

Later on, I talked with my wife Cindy (who is also my coach) about the experience. If she hadn’t talked me into changing my workout routine, I don’t know if I could have saved those people. Since 1995, I had been just “pumping iron.” Cindy got me doing FOCUS T25, and I dropped 20-25 pounds which made me lighter in the water. Then I did P90X3, which had been making me stronger and helped me build full body strength and endurance. I know God works in mysterious ways, and I believe it was God’s intervention that made me change a 19-year habit of doing things my way. I always had the heart to do what I did that day, but I don’t think I would have had the strength and endurance to do it. Since then, I’ve completed Body Beast, as well.

I was awarded a Certificate of Commendation from the local Fire Department. A year later I received a Good Samarian Award from the Sherriff’s Office. I feel like my life’s purpose has been fulfilled. Three people are alive today. Oh, and one more note: The 4-year-old boy? He celebrated his 5th birthday the next day.”