If you’re watching what you eat, and particularly if you’re following a Beachbody nutrition program, you’re probably familiar with “free” foods like herbs, lemon juice, chili peppers, and tea — the guilt-free goodies that add a little flavor without dinging your diet.

You’ve probably also heard the theory that certain foods — such as grapefruit, celery, and cabbage — are so low in calories that you burn more energy chewing and digesting them than you consumed in the first place. This process is known as the “thermic effect of food” or “dietary-induced thermogenesis,” and it refers to the extra calories you burn (on top of your resting metabolic rate) while digesting a food. As the theory goes, certain foods have a thermic effect that actually cancels out their caloric content, and loading up on these “negative calorie” foods can supercharge your metabolism. Sounds like a sweet deal, right?

The Science Behind “Negative Calories”

As much as we’d love to believe we could replace cardio workouts with a bowl of cucumbers, this diet tip falls squarely into the too-good-to-be-true category. “There is no scientific evidence supporting the idea of ‘negative calorie’ foods,” says Cara Walsh, R.D. at Medifast California.

For starters, chewing isn’t much of a calorie torcher. (Chewing gum, for example, burns around 11 calories per hour.) Digestion might use up a few additional calories, but it’s not going to be enough to cancel out, say, a handful of almonds or a whole banana. “Negative calorie” devotees also claim that your body burns extra calories from digestion, but research suggests that postprandial energy expenditure — a.k.a. the energy it takes to digest your meal — is actually lower after a high-fiber meal.

And while Walsh says celery — at 6 calories per stalk — is super low calorie, you can’t survive on celery alone. Even a footlong stalk contains a pretty negligible amount of vitamins and minerals. “Your body still needs nutrients and energy from other food to keep up with your daily schedule and weight-loss regimen,” Walsh says. 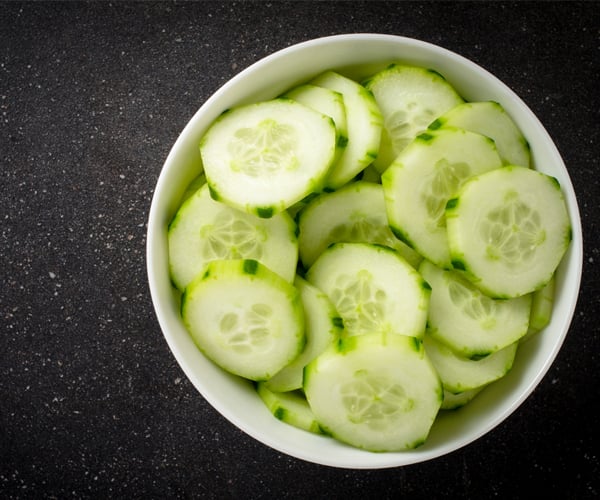 Even if they can’t work calorie-burning miracles, these “negative calorie” foods are perfect when you feel like mindlessly munching on something crunchy. “To get as close as possible to ‘negative calories,’ look for foods that have less than 40 calories per cup,” Walsh says, such as asparagus, mushrooms, or tomatoes. And, she adds, these foods still pack plenty of benefits. “Many ‘negative calorie’ foods are fruits and vegetables, which are essential to an overall healthy lifestyle.”

If you look at the list of foods that typically get touted as “negative calorie,” you’ll notice a lot of overlap with superfoods like leafy greens, broccoli, and Brussels sprouts. And most of them are rich in nutrients, high in fiber, and low in caloric density — which makes them a good addition to your meal plan, even if they don’t work instant weight loss magic.