Skip to content
March 18, 2021 | BY: Kirsten Morningstar and Beachbody

We love the combination of chickpeas, crisp bell pepper, and refreshing cucumber in this Mediterranean Mason jar salad.

A creamy yogurt dressing with fresh mint and garlic brings all of the flavors together, while feta and parsley add the finishing touch. 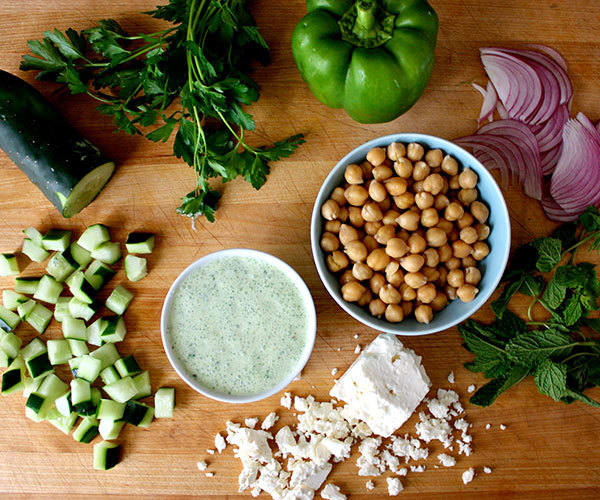 This is a great meal prep meal to take to work or when you’re on the go. The chickpeas marinate in minty yogurt dressing at the bottom of the jar, while the spinach stays crisp at the top.

When you’re ready to eat, just shake the jar to disperse the dressing. Pair it with grilled fish or chicken for a heartier meal. 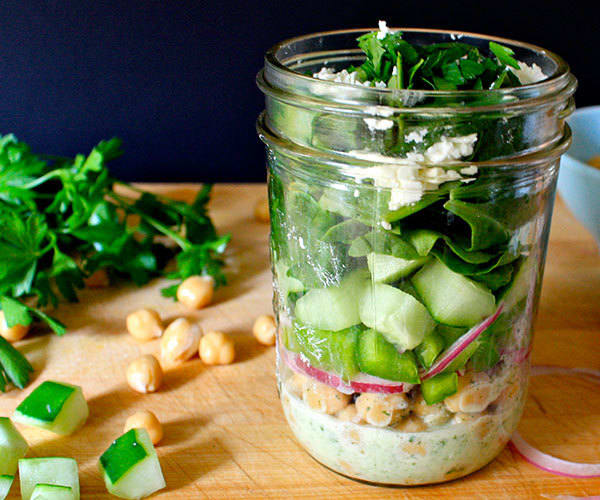 Chickpea Salad With Minty Yogurt Dressing in a Mason Jar

2B Mindset Plate It!
Makes a great veggie and FFC as part of lunch.

If you have questions about the portions, please click here to post a question in our forums so our experts can help. Please include a link to the recipe you’re asking about.