For years, ab-crunching moves, from curls to sit-ups, have been the holy grail of stomach-flattening exercises. Media has flamed the hype, reporting on the hundreds of crunches that various celebrities do — presumably, the secret to their photogenic physiques.

But, is it the crunches, themselves, that reduce the width of your midsection? Research says: not so much.

A crunch is a core move that looks like a mini sit-up where you lie on your back with your knees bent and feet flat on the floor. With your fingertips lightly touching behind your ears, gently raise your head and shoulders off the floor, while doing your best to keep your low back pressed into the floor. A sit-up is a core move where you curl from the ground up to an upright sitting position.

The main muscle group that executes the crunching action is the rectus abdominis (more lovingly known as your six-pack muscle). When you do a sit-up, your hip flexors also kick in as your lower back rises off the ground.

One misconception about crunches is that they blast off stomach fat—unfortunately, they don’t. That burning sensation you feel on your 50th crunch is not the burning of fat, it is the fatiguing of the abdominal muscles below the fat layer.

“Doing an exercise to take fat off from a specific area of the body simply doesn’t work,” explains Chris McGrath MS, CPT, founder of Movement First and senior advisor to the American Council on Exercise (ACE). “If it did, chewing gum would help people lose fat from their face.”

One classic ab exercise study in the journal Research Quarterly for Exercise and Sport had young men work up to 600 sit-ups every day. After nearly a month of this regimen (and over 5000 sit-ups later), there were no changes in fat cell size, waist measurements or fat-fold thickness at the waist. (All that work, and not a flatter stomach in the mix!)

Another study in the Journal of Strength & Conditioning Research had men and women do seven different ab moves, including crunches (2 sets of 10 reps each.) After doing them five days a week for six weeks, there was no difference in the subjects’ waist size or in the percentage of fat in their torso. In other words, a workout of seven challenging ab moves did not reduce stomach fat. (But, not surprisingly, the subjects got some benefit—they did increase the muscle endurance in their core.) 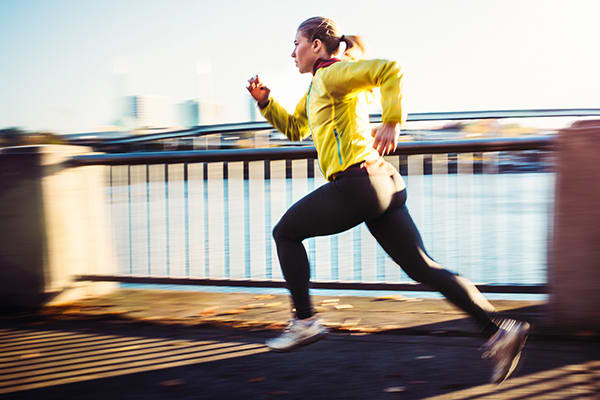 What’s the Best Exercise for a Flat Stomach?

Since you can’t spot-reduce, you need to do exercise that efficiently burns fat all over the body, and your belly fat will eventually decrease.

So, what’s the best exercise for this goal? A study in the American Journal of Physiology showed that cardio plus resistance training was more effective at burning fat than cardio alone. Another study found that high-intensity interval training (HIIT), which is any workout that alternates between periods of intense activity and less-intense activity, is the most effective type of exercise to burn fat. The study, published in the Journal of Obesity, showed that 15 weeks of HIIT led to a significant loss of abdominal fat.

Can Crunches Be Harmful?

Including crunches in your workout can help increase core endurance, although they may not be worth the risk. “Some people have done crunches and had success in terms of getting more endurance and feeling firmer in the core,” explains McGrath. “But many people have done them and hurt themselves.”

Many experts say crunches have the potential to cause injury to the discs of the spine. The discs between each vertebrae of the spine are like jelly sacs that can get compressed unevenly while doing crunches. This puts strain and tension on the spinal structures.

“Sooner or later body parts under tension will tear, while those in compression will crush.” says Dr. Stuart McGill PhD, professor of spine biomechanics at the University of Waterloo in Canada, and author of the book Back Mechanic. “One problem with crunches is that repeated motion under load eventually causes delamination of the collagen fibers that make up the disc.” Having crunches as part of your workout routine can, over time, cause your spinal discs to weaken, which increases the risk of bulging, leaking, and eventual rupture of these discs.

What Are the Safest Ways to Crunch?

If you want to continue doing crunches, the key is to do them in a way that reduces strain on the spine so that you don’t cause incremental injury. Beachbody trainer, Autumn Calabrese, teaches proper technique to keep your spine healthy while demonstrating crunch variations in 21 Day Fix 10 Minute Fix for Abs. 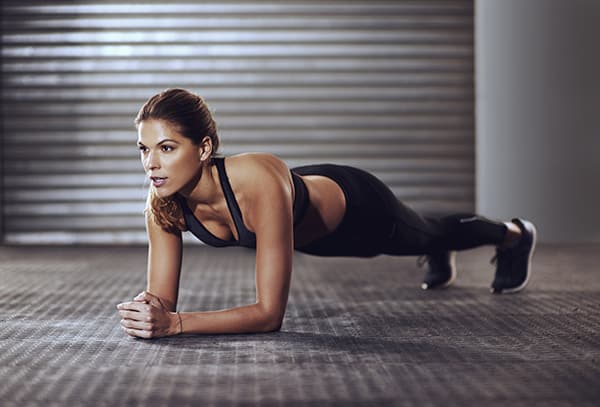 What Are Other Moves That Work the Core?

If you have neck issues or other spinal concerns, you may want to toss crunches out of your workout routine altogether and opt for other exercises that work the core while keeping your spine healthy. Instead of crunches, McGill recommends plank variations and a move he created himself: the McGill curl-up. To do the McGill curl-up, lie on your back with one leg extended straight along the floor and the other knee bent, foot flat. Put your hands under your low back (palms down and elbows to the sides) to provide support and preserve the natural curve of the lumbar spine. Stiffen your ab muscles and slightly lift only your head and shoulders and hold for a count of 10. Keep your neck and upper spine as stable and immobile as possible creating a straight line from your head to your tailbone. For a greater challenge, lift the elbows slightly off the ground. Do 5-10 reps, switch legs, then do 5-10 more reps.

“This move involves more of tightening of the muscles with minimal spinal movement compared to the traditional crunch,” explains McGill.You can even work your core while doing stand-up exercises. In fact, a 2012 study from Sogn og Fjordane University College in Norway reported that standing exercises can be more effective in working the core than lying-down exercises (such as crunches). This is because the primary function of the core muscles is to stabilize the spine, so any movement you do that throws off your balance will cause your core muscles to kick in. This study also found that unilateral exercises engage the core more effectively than bilateral exercises. In a bilateral exercise, both legs or arms are sharing the load equally (think: squat or shoulder press). A unilateral exercise is one that works one side of the body at a time (think: forward lunge, Bulgarian split squat, or single arm shoulder press), therefore calling on the core to keep your body balanced.

As hinted in the name, Beachbody’s CORE DE FORCE offers exercises inspired by mixed martial arts to strengthen the core. The trainers of this program, Joel and Jericho, spend time breaking down each movement so that you’re engaging your core with every unilateral kick and punch. McGrath recommends doing exercises that not only engage the target muscle, but also improve how your body functions, and the specialized movements of CORE DE FORCE offer just that. With every whole-body cross, jab, and push kick, you are not only strengthening your core, you’re improving your ability to accomplish everyday movements, such as walking and pushing. And if you ever find yourself walking down a dark alley alone, you’ve got your core-powered punch ready.