Whether you toss and turn or face-plant straight into a sound slumber, your sleep position may determine whether you wake up with a weird crick in your neck or well-rested and nimble.

Other factors — like arranging your bedroom for a better night’s sleep — can also make a difference, but which is the best sleeping position?

Here is a breakdown of the best sleep positions — and one to avoid to wake up feeling your best. 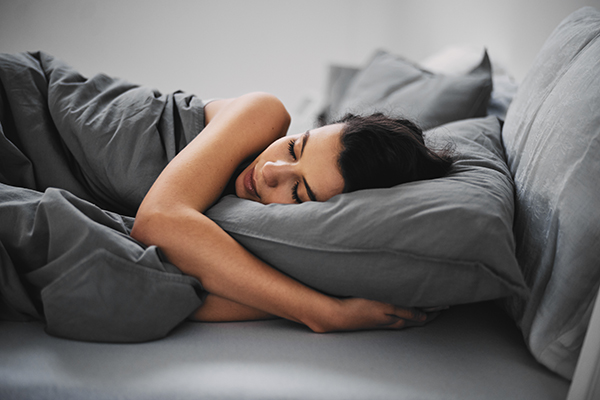 A good sleeping position is one natural remedy to catch more Zs. One study found around 54% of people favored sleeping on their side, nearly 38% on their back, and around 7% on their stomach.

“The best bet for most people is a side-sleeping posture because it puts the least pressure on your neck and back,” explains Chester Lin, PT, MPT.

However, the right sleep position is also incredibly personal and dependent on your body.

In this side-sleeping position, you extend your arms out in front of you. To avoid neck pain, Lin recommends sleeping with a supportive pillow, since pain can happen when we don’t move around enough during the night.

“One common worry about side-sleeping is always sleeping on one side; however, we naturally change positions throughout the night,” says Lin. “When pressure builds up, our natural habit is to flip. When you’re really, really tired, for some reason your body doesn’t toss and turn like you normally would and those are the nights when you might wake up feeling like you ‘slept funny.’ It’s often being too stationary that causes pain.” 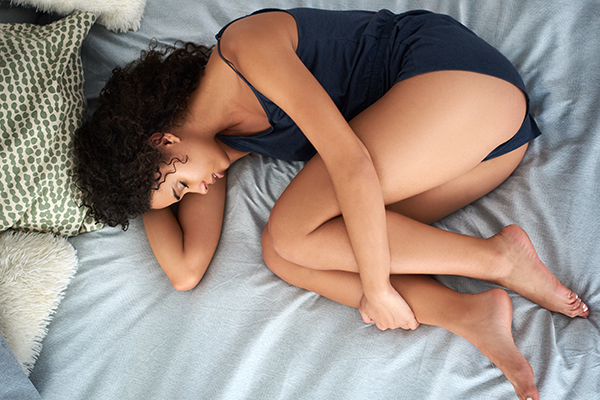 For some people, sleeping on their side with bent knees and some back curvature can alleviate pressure on the spine.

“The fetal position is a comfortable sleeping position for those with low back discomfort,” says Cody Braun, CPT, Assistant Manager of Fitness at Beachbody.

If you sleep like a baby on your side, but you’re worried about what that might do to your face, choose a satin pillowcase.

And, adds Lin, “using sun protection to prevent damage, which decreases skin elasticity, is more important — and living genuinely as yourself.”

“Sleeping in this cylindrical position can keep your body rigid and tense, which isn’t ideal,” explains Lin.

“For side sleepers of all sorts, if you have hip stiffness or tension, try putting a small pillow between your thighs or knees when you sleep,” he adds, for more comfort. 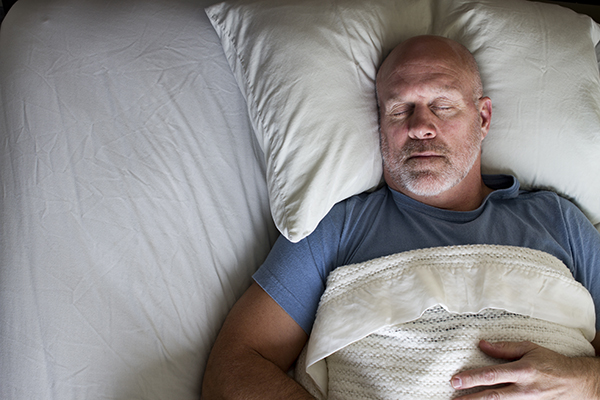 “Lying on your back stretches out your hip flexors and the front of your spine, putting pressure on your back, which means you might wake up feeling stiff,” says Lin.

To remedy this, put a pillow under your knees to keep them slightly bent and reduce pressure on your spine.

“If you have a 9-to-5 job that involves a lot of sitting, back sleeping may not be comfortable,” says Lin. “Sleeping on your back is also not recommended for people with sleep apnea and can also make snoring worse.”

However, if you have limber hip flexors or are incredibly fit, sleeping on your back could be the most relaxing sleep position for your body.

Some people sleep with their arms and legs extended like a starfish. This is a tough one to maintain if you’re sharing a bed with someone, but it can be very relaxing for your neck and head.

It can also put some pressure on your shoulders and arms, says Lin.

Similar to the log position, some people rest on their back and march into sleep with their arms on their sides and legs stretched out straight.

“For soldier position, it could be better for some low back pain,” says Lin. “But it may be uncomfortable for people with stiff shoulders or shoulder conditions.”

If you have lower back pain and sleep on your back, keeping your knees slightly bent could remedy it. 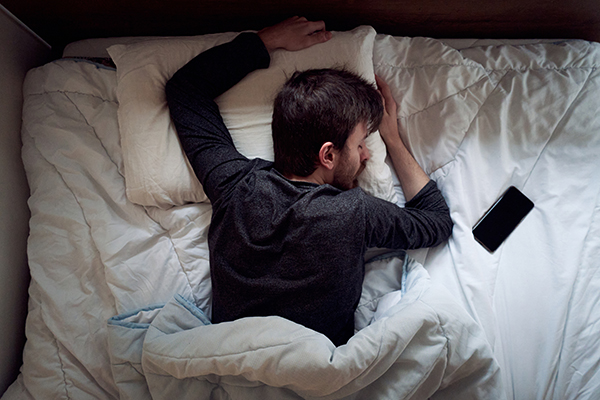 Laying belly-down for a massage is super-relaxing, but staying in that position for a full eight hours of sleep is problematic for your back and breathing.

“Sleeping on your stomach causes arching in the low back and a shortening of the hip flexors,” says Lin. “It also puts your neck in an odd position and may cause tingling down your arms and neck. Some people think it’s better for snoring, but it’s better to address snoring in another way.”

And if you sleep with your head rotated to the side, it can also lead to neck stiffness, says Braun.

In other words, the bedtime belly flop is best avoided.