Q: I cheated on my diet. How long will it take to show up on the scale?

Probably never. And even if it does, it’s most likely temporary fluid retention caused by excess salt or sugar intake.

In the extremely unlikely event that you binged so massively over the weekend that you actually gained body fat, there’s nothing you can do about it now, so quit being neurotic and Googling articles like this one — instead, get on with the business of reversing the damage.

For the most part, the scale is a lousy indicator of any damage caused by a binge.

Other factors — including hormone shifts and gut bacteria levels — mean that exact math doesn’t apply. However, unless you have access to thousands of dollars’ worth of lab equipment, it still serves as a vaguely decent rough estimate for our purposes.

In other words, to gain five pounds of fat over a weekend, you’d need to eat about 33 slices of Marie Callender’s pumpkin pie (with whipped cream) on top of your normal food intake.

I’m sorry, but you just didn’t eat that much last weekend — and if you did, you should consider joining a few major league eating competitions because you have some serious cash to earn. 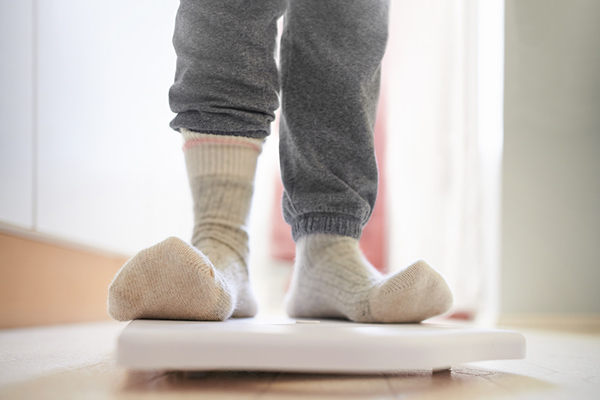 So why did you step on the scale Monday morning to discover you’ve put on a Lincoln’s worth of pounds?

Odds are that it’s probably either temporary fluid retention due to too much salt intake, or an indication that your muscles are fuel-starved.

The biology of the salt thing is simple. Your body likes to maintain a certain salinity in your extracellular fluid. If you consume too much salt, the salinity goes up, so your body holds on to more water to restore balance.

Once you stop consuming all that salt, balance is restored, and the water flushes out.

When you consistently eat at a calorie deficit, your muscles tend to run low on glycogen — which also means they’re dehydrated. So if you eat at a surplus, your body recharges your glycogen stores, increasing the fluid volume in your muscles, and bringing up the number on the scale.

I know a number of very fit women who claim they can’t eat more than 1,200–1,400 calories a day without gaining weight. While they’re technically correct, odds are that the “weight” they see when they increase calories is actually their glycogen stores being restored.

It’s sad because if they actually increased calories with healthy food, they’d probably see a boost in performance because their muscles would be properly fueled. 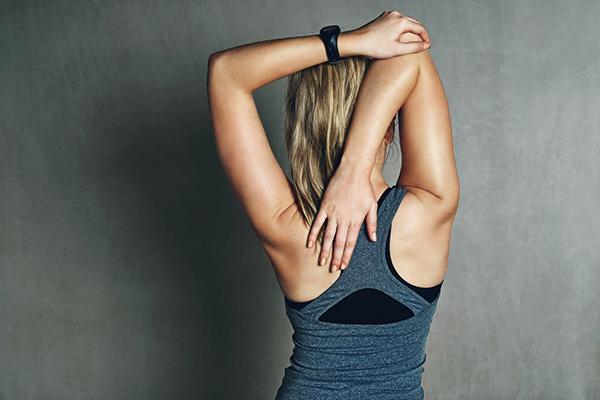 Chronic dieting aside, there are times when an increase in calories thrown into the middle of a longer period of eating at a calorie deficit might even benefit you.

If you’ve been eating at a deficit for a while, your body can slow down your metabolism, slowing weight loss or bringing it to a standstill entirely.

Occasionally jacking up the calories may relax this slowdown. This is one of the reasons why people doing our programs sometimes lose a few pounds even after finishing and resuming a higher-calorie diet.

It can also happen during a recovery phase when someone is eating the same amount but exercising less (therefore burning fewer calories) and technically creating a smaller overall deficit.

In both instances, it’s a sign that they may have been better off eating slightly more the whole time.

That said, I wouldn’t go on a pizza jag just to test this (you can always increase calories in healthier ways), but if a big weekend happens and the number on the scale illogically drops, it’s an indication that you could benefit from slightly increasing your calorie intake.

Regarding the guilt and frustration you may experience after a binge, the most important thing to remember is that wallowing in remorse is useless unless you have access to a time machine.

Every road has the occasional pothole. You’ll still get to where you want to if you shake it off and keep driving.