There’s a group of people out there who knows the keys to losing weight and keeping it off. (Hint: You’re not going to see them on the next season of The Biggest Loser.)

Lasting weight loss is about figuring out what works well in your life and making it into a habit.

So who better to learn from than highly successful people who have lost 30 pounds or more and kept the weight off for at least a year?

Who Are These People?

The folks we’re talking about are real people who did real work to shed pounds — and now they’re willing participants in an ongoing research study that started in 1994.

They lost the weight, kept it off for a year (or more), and then signed up for the National Weight Control Registry (NWCR), which aims to be the largest study of long-term, successful weight-loss maintenance.

The NWCR has registered 10,000 individuals since it began, and the average person in the registry has kept off 66 pounds for 5.5 years and counting.

About half of them report having at least one overweight parent. Most are between the ages of 44 and 49, which could mean that it takes time to figure out just the right mix of diet and exercise habits.

What’s in it for participants? They get to help scientists figure out how people can escape the cycle of yo-yo dieting that so many struggle with.

While each person’s weight-loss journey is unique, there were seven common habits that worked for these weight-loss winners.

Here’s where we think they got it right: 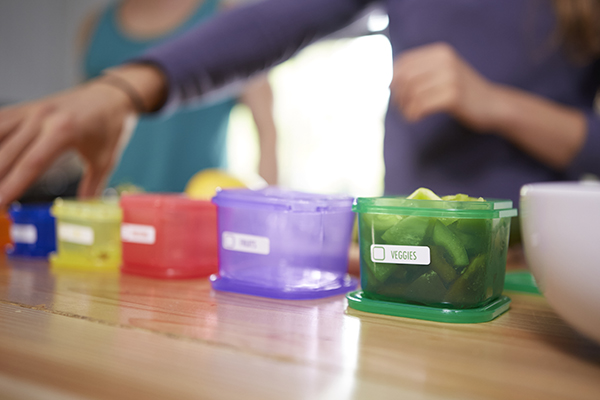 1. They eat fewer calories than the average American

Most of the registry participants ate a low-calorie diet — the average was 1,306 calories for women and 1,685 calories for men. For perspective, American women and men in their 40s eat an average of about 1,873 and 2,520 calories, respectively.

The science behind eating fewer calories to lose weight is solid, but over the years, we’ve learned that a calorie is not a calorie.

Counting calories is helpful, but turning it into a habit can be a challenge. Calories do count, but you don’t always need to count them.

You can achieve similar results (with less math) by learning how to control portion sizes.

Something as simple as portion containers can help you determine the right amount of food (read: calories) for your body.

2. They eat often, up to five times a day

The registry participants eat more frequently than people who are overweight. They generally eat five times daily, which breaks out to three meals and two snacks.

Science has a tough time making the final call on whether or not eating more often will hurt or help your progress.

Sure, eating often can mean more opportunities to overeat, but it’s also a good strategy to deal with hunger.

Grazing on healthy snacks like fresh fruits, veggies, string cheese, and Greek yogurt is a no-brainer. Just remember that there’s a fine line between a snack and a full-blown meal.

3. They stick to a consistent diet

Most registry participants eat a fairly consistent diet whether it’s a weekday, weekend, holiday, or vacation.

Results show that those who ate a consistent diet the entire week were 1.5 times more likely to maintain their weight within five pounds over the course of one year compared with those who ate a healthy diet strictly on weekdays.

While there’s not a ton of research in this area, this habit makes sense. Eating the same foods every day can help with self-control and keep unplanned temptations to a minimum.

A whopping 78 percent of those in the registry report eating breakfast every day, which is consistent with the trend that people who eat a morning meal usually weigh less.

Bear in mind that skipping breakfast won’t entirely make or break your weight-loss efforts. In fact, a small number of folks will skip this meal to lose weight through intermittent fasting.

Fasting isn’t for everyone, so if that’s not your cup of tea, keep calm, and join the breakfast club.

A breakfast with a balance of protein, fat, and carbohydrates (high in fiber) — like two eggs scrambled with vegetables and maybe ¼ of an avocado, ½ cup of oatmeal, and 1 cup of fruit — can set the tone for the rest of day.

It may help cut down midmorning hunger and decrease the chances you’ll be “hangry” by lunch.

All this can build up to better food choices throughout the day, so you’ll be able to breeze by your coworker’s batch of brownies. 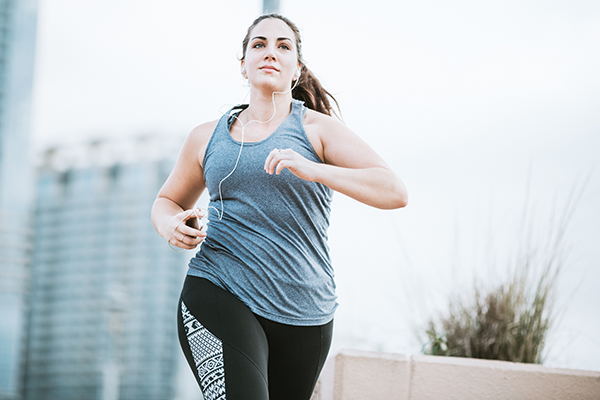 Almost all (90 percent) registry participants exercise for about one hour every day. This habit is especially effective because nutrition works hand in hand with exercise to promote weight loss.

The most effective way to change your body composition is to add strength training and/or high-intensity interval training (HIIT) to your workout routine.

Besides helping you slip into that little black dress, exercise benefits include improvements in sleep, mood, and productivity.

If you’ve been struggling to fit in a workout on your lunch hour or after work, consider working out in the morning.

In Morning Meltdown 100 with Super Trainer Jericho McMatthews, the workouts are short enough to easily fit into your day and the schedule is flexible, so you can stay on track even when life gets in the way.

“Waking up and sweating means starting your day with an endorphin rush, which instantly boosts your mood and sets a positive tone for the rest of your day,” Jericho explains.

6. They weigh in weekly

The scale can feel like a constant reminder that your goal weight is far away. People dread weighing in mostly because they don’t like the number they see.

Yet, that’s the opposite of what successful weight-loss maintainers do: 75 percent of registry participants weigh themselves at least once each week.

This not only helps those with weight-loss success stories stay focused on their goals, but that number on the scale can also be the motivation to implement healthy habits in the first place.

For the study participants, hitting an “all-time high in weight” is a common trigger for someone to want to lose weight.

Frequent weighing also helps participants avoid the scale number creeping up on them without noticing.

Weekly monitoring can catch a one- to two-pound weight gain, as opposed to monthly, where you could gain a much more significant amount.

It’s a good idea to weigh in occasionally, but guilt-tripping yourself each time you step on a scale is a big no-no.

Instead, think of that number as a valuable data point that can help you troubleshoot and plan for the coming weeks.

If you’re juggling work, friends, and family, you know time is precious — and finding time for healthy habits can be a challenge.

But unless you’re doing burpees while binge-watching The Real Housewives of New York, you’re not making much progress when you’re in front of the TV.

And to add insult to injury, eating while watching TV can contribute to weight gain through mindless eating. This doesn’t mean you have to give up TV to see success, but you should limit your screen time.

Most registry participants watch less than 10 hours a week. By limiting screen time, they can make more time for other activities (hint: exercise).

It would be nice to think that these people are privy to some super secret way to lose a lot of weight and keep it off.

But the simple truth is that there is no secret; it takes hard work, consistency, and patience to see results that last.