Skip to content
January 27, 2017 | BY: Virginia Pelley and Beachbody

I was out shopping one day and caught a glimpse of a woman in a store window. A quick judgment scan spit out a fairly positive evaluation: She looked like a thin, reasonably attractive person. Then I realized the woman in the window was me.

Immediately, a fat-shaming cloud settled overhead and my opinion of her/me darkened. Now, the woman in the window was too fat and too short. Her hair was too poufy and her sunglasses were lame.

We hear all the time that we’re our own worst critics, but seeing it demonstrated so starkly that day was disturbing. Why was I a million times more charitable evaluating a stranger than I was evaluating myself?

Why We Body Shame Ourselves

We can place part of the blame for body shaming on the media: “It’s not enough to be skinny anymore — now you need to have visible ab muscles, super-toned yoga shoulders, a skinny waist and other social media-manifested benchmarks such as the ‘thigh gap,'” says Chicago-based body-image expert Leslie Goldman.

But constant evaluation and judgment is also just how our brains process the world around us, and it might take some work to get to a place where that process doesn’t erode our self-esteem.

“Brains are like 4-year-olds hopped up on candy,” says Holly Parker, Ph.D., a psychotherapist at the Edith Nourse Rogers Memorial Veterans Hospital in Bedford, Massachusetts, Harvard University lecturer and author of When Reality Bites: How Denial Helps and What to Do When It Hurts. “They run around posting labels on everything they see. They come up with all kinds of things, and some are going to be accurate, but other thoughts won’t serve us and might not even be true.”

Which isn’t to say that body shaming is behavior we should accept as inevitable. Body negativity can contribute to depression and disordered eating in addition to low self-esteem, Parker says.

“It sets the stage for people to feel worse about themselves and their lives,” she continues. “There are lots of consequences beyond just feeling bad about yourself; it spreads into other domains of your life.” 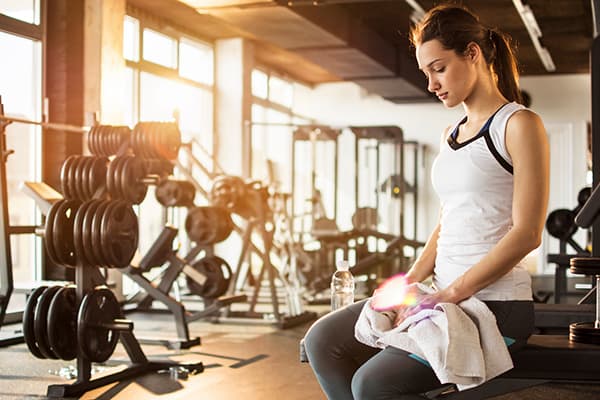 Here’s How to Change Your Inner Conversation Next Time You’re Down on Yourself:

1. Focus on the tangible

An easy way to ruin your day is to make pronouncements about what you “are” rather than focusing on what you can do. How strong is “strong enough”? You’re not “athletic enough” or “fit enough” — compared to whom?

If you find yourself doing this, write down your accomplishments instead, Goldman suggests. Remind yourself that you just got promoted at work, scored an internship you wanted or have a black belt in karate. “Chances are, nothing on your list will have to do with the size of your jeans,” she adds.

For example, if increasing your strength is important to you, set a goal more specific than just “get stronger.” Try adding an additional pound of weight to your workouts each week. When you hold chaturanga for 30 seconds longer than you did a week ago, celebrate that.

2. Put thoughts in their place

It isn’t easy, but it’s helpful to reframe the concept of thoughts, which takes away some of their power to make us feel bad about ourselves, Parker says.

“When we notice something, our mind tells us a story about it,” she explains. “We have a choice about whether we buy into those stories, but what’s interesting is that we don’t realize it. Our mind tells us that what we think is the truth.”

To help people reframe how they view the thoughts that enter their minds, Parker suggests visualizing that you’re walking through a grocery store and looking at all the products. “Do you buy everything? No,” she says. “You might pull something off a shelf, look at it and then put it back. Try thinking about thoughts in same way.” 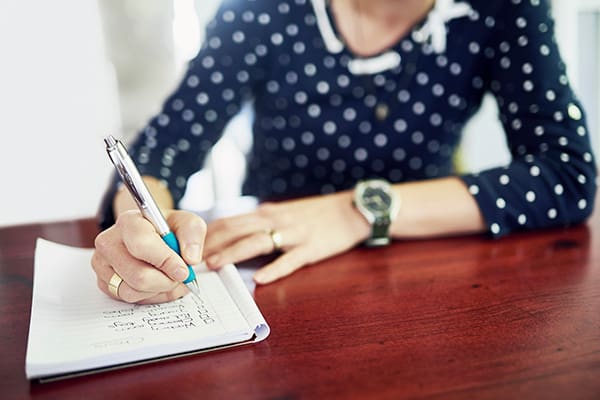 3. Separate the thought from the judgment

Most of us are wired to accept our negative thoughts without question but scrutinize and doubt positive ones, Parker says. So when you look in the mirror and think, “I’m gross,” it can feel like you’re stating a fact, but you’re not. Being mindful helps you realize you’re making a judgment, not stating a reality.

“Acknowledging, ‘OK, right now I’m having this thought that I’m gross’ can land differently than just thinking, ‘I’m gross.'” Parker says. “It helps people pull back and have some perspective and not necessarily buy into the thought.”

This exercise helps to separate the wheat from the chaff in being more accurate in how we assess ourselves, she says.

It might sound counterintuitive to tell people to not banish body-shaming thoughts from their minds. But Parker says that advice to do so isn’t helpful. For one thing, she says, “When people try to push thoughts away, they come back more forcefully.”

If someone feels sad and another person tells him or her to stop being so negative, Parker continues, “It’s invalidating and can make you feel worse and unheard.” Rather than trying to silence that negative voice, acknowledge that the thought came up, she says.

“I don’t tell people to lie to themselves or have a Pollyanna attitude that everything is great,” Parker says. “Changing how they talk to themselves is about promoting more accuracy and self-compassion, because negative labels or statements can feel like facts when they’re not.” 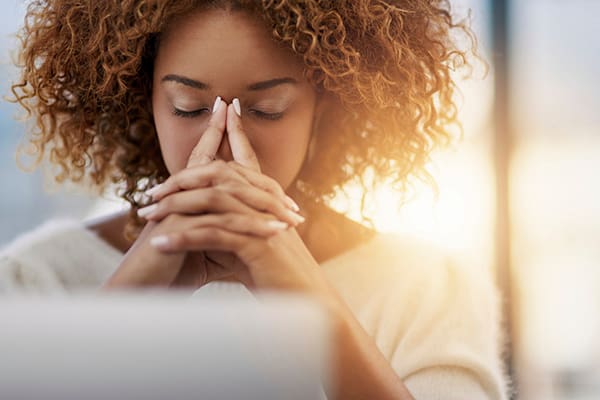 5. Stop comparing yourself to others

I know what I just said about acknowledging negative self-talk, but you need to stop lamenting, “Why don’t I look like Beyonce/Taylor Swift/(insert celebrity here)?”

For one thing, celebs, Instagram influencers, and even your Facebook friends who post “thinspiration” selfies on the reg, have learned how to position themselves in photos just right, so you’re seeing them at their absolute best. Factor in Photoshop, filters and editing, and you’ve got a recipe for body envy.

If you find yourself feeling sad and inadequate scrolling through your social media feeds, you might want to unfollow some of the “gymspiration” types. And if you subscribe to magazines or catalogs that consistently feature models that make you feel inadequate, cancel them, Goldman says.

6. Be a friend to yourself

Imagine if the voice in your head telling you that you look fat was a tiny person sitting on your shoulder or someone walking behind you all day.

“When I ask patients, ‘How would you treat this person?’ walking behind you, it provokes a strong reaction. If they get really mad, chances are, they’re not being kind to themselves,” Parker says. “Because we tolerate talk from ourselves that we would never tolerate from another person.”

Another trick is to question whether the unkind thought you just unleashed upon yourself was something you’d say to your grandmother: “Would you call your grandmother a fat pig for having another slice of pizza?” Goldman asks.

It isn’t easy to retrain the brain to be compassionate and reasonable after a lifelong barrage of media and social pressure about how we look. Instead of always following the well-worn path of self-doubt, Parker says it can help to envision taking another a fresher, different path instead.

“Stepping away from some of the stories our mind tells us is hard, but we can create new paths, or new ways of thinking,” she says.

These DIY Holiday Grinch Bath Bombs Are the Perfect Gift