The key to any successful diet is balance, balance, balance. Carbohydrates, along with fat and protein, are macronutrients that play their own roles in the body. Carbs, in particular, are an important fuel source and serve to transport all kinds of nutrients into your system. As such, there’s no “best” time to eat them.

Indeed, they should be consumed throughout the day as part of balanced meals that also include the other macros. By spreading them out, you maintain a constant supply of fuel (blood sugar) and other nutrients to your body. As a side note, balancing snacks isn’t quite as important. I usually suggest people use those to make up for what they might have missed during breakfast, lunch, or dinner.

Some experts recommend cutting carbs after 6 p.m. While it’s not bad advice, if you consume the same number of calories that you burn each day (i.e. your Total Daily Energy Expenditure, or TDEE), and your carbs are primarily from fresh fruits, veggies, and whole grains, there’s no reason to employ this rule.

Of course, there are exceptions. A little honey here and there won’t kill you. A well-balanced supplement might contain a little free sugar and still be beneficial. And if you’re working out, sometimes you need quick fuel — and sugar is the only way to do that (see section on managing carbs for athletes, below).

Those carbs won’t be stored permanently as body fat; they’ll be used as fuel and help recharge your glycogen stores — a “back-up blood sugar” supply stashed in your muscles and liver. 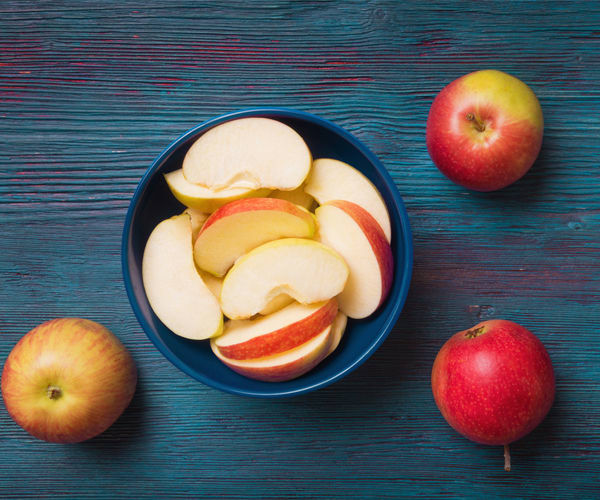 You may burn less calories when you sleep, but you still burn calories. If you eat an apple before bed, your body will have no problem finding ways to burn off those 120 calories over the next seven to eight hours.

All that said, there is some indirect sense to the 6 p.m. advice. Impulse snacking often happens in the evening. By “impulse” I mean foods eaten above and beyond your TDEE, including the bag of BBQ chips you plowed through while binge watching Storage Wars, and the bowl of peanut butter cookie dough ice cream you devoured after your Tinder date went really, really south.

Most of these sorts of foods involve carbs o’ plenty, so the structure of a 6 p.m. rule may help you think twice about what you’re doing.

How Many Carbs Can I Eat?

So does that mean you can eat all of the carbs you want as long as you don’t exceed your TDEE? Contrary to what the Twinkie Diet guy and the McDonalds Diet guy claim, the answer is no. (For the record, both of them actually tempered their diets with salads or other produce. The press just failed to mention that.)

First off, you need balance. Carbs, protein, and fat all play different roles. You need all three. If you’re highly active, you probably want your carb intake to make up 50 to 60 percent of your total intake. If you’re training for an endurance event, see the section below called “Tips for Managing Carbs for Athletes” for more guidance. If you’re only moderately active, around 40 percent is a better number. If you’re inactive, well, you shouldn’t be, so fix that before I tell you what to eat.

If you stick to the daily calorie range recommended for weight loss — based on your activity level (and how challenging that activity is) — outlined in your Beachbody nutrition plan, all you have to do is stick to the recommended number of green (veggies), purple (fruit), and yellow (other carbs) Portion Fix Containers each day. No adding up grams of carbs, no tracking or logging foods necessary.

What Type of Carbs to Eat

And, yes, the quality of those carbs matter. The thing you generally want to avoid is “free sugar,” defined by the World Health Organization as, “all monosaccharides and disaccharides added to foods by the manufacturer, cook, or consumer, plus sugars naturally present in honey, syrups, and fruit juices.” You also want to avoid refined grains, as both of these sources of carbs bang up your metabolism with blood sugar spikes, which may cause a host of health issues.

If you’re eating within your TDEE, you won’t necessarily get fat by eating free sugar and refined grains; rather, you’ll miss the vitamins, minerals, and phytonutrients you’d get from eating good carbs. As mentioned above, the majority of your carbs should come from vegetables, fresh fruit, and whole grains.

Tips for Managing Carbs for Athletes

Most of the time, if your diet is (say it with me now) balanced, carb loading isn’t too important. Generally, well-fed muscles have enough glycogen to last for 90 minutes of moderately intense exercise.

However, if you’re eating at a caloric deficit, that duration may be shorter because you’re not recharging optimally. So if you’re lowballing calories while doing an intense workout program, or you’re gearing up for an effort longer then an hour-and-a-half, favoring carbs in your meal two to three hours before starting is a good idea. Keep in mind that if you’re trying to lose weight, this doesn’t mean adding additional carbs to that meal. Instead, it means moving your daily carb intake around so you eat more of them at that time. 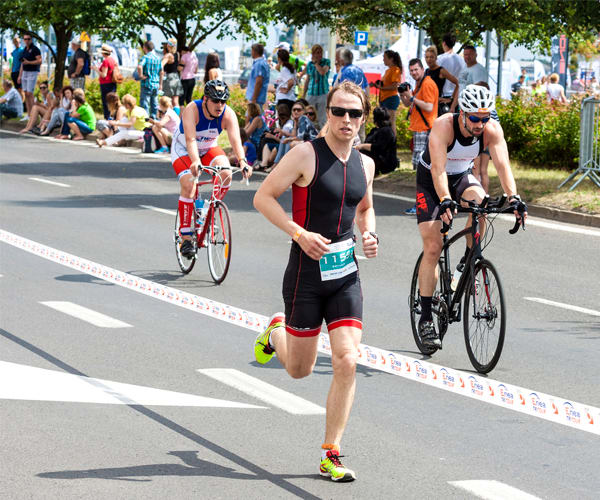 If we’re talking competition (anything from a football game to a triathlon) or any seriously long effort (like a 100-mile bike ride or an entire morning in heavy surf), then absolutely throw the previously mentioned 6 p.m. rule out the window and make sure to carb-load the night before — or possibly even before that. Is that the best way to assure weight loss? Probably not. Is it the best way to assure you have maximum fuel for whatever you’re doing? Absolutely. Because, believe it or not, sometimes looking good in your wetsuit isn’t nearly as important as how you perform while you’re wearing it.

After your big event, you want to replenish your glycogen. If you’re doing a multistage race or plan on training hard the next day, get on the job as soon as possible by making carbs part of your recovery meal or shake. Otherwise, it’s not a screaming rush; just don’t be afraid to have a little extra pasta or fruit salad for two or three meals.

High-quality carbs that come from vegetables, fresh fruit, and whole grains provide vital nutrients and fiber that your body needs to be healthy and perform at its best. So, should you cut all carbs from your diet for the sake of slimming down? No way. The possible short-term boost in weight loss (that will likely be the result of eating fewer calories, versus eliminating carbs) isn’t as valuable in the long run as learning how to incorporate healthy carbs in a balanced way.