No time to cook? Not a fan of cooking? Just don’t feel like spending the day over a hot stove?

Good news! With this no-cook meal prep menu, you can enjoy a week of wholesome meals without ever turning on your oven.

All it takes is a little chopping and stirring. Sound easy? We think so. And, there are bonuses: This meal prep is insanely fast and there is almost no clean-up.

This no-cook menu is based on the color-coded Portion-Control Container system that helps you eat the proper combination of protein, carbs, fruits and vegetables, and healthy fats every day.

Snack: Cottage cheese with cucumber and tomato, and almonds

Lunch (M/W/F): Salad with sliced turkey, and an orange or apple

Here’s what your meal prep for the week will look like when you’re done: 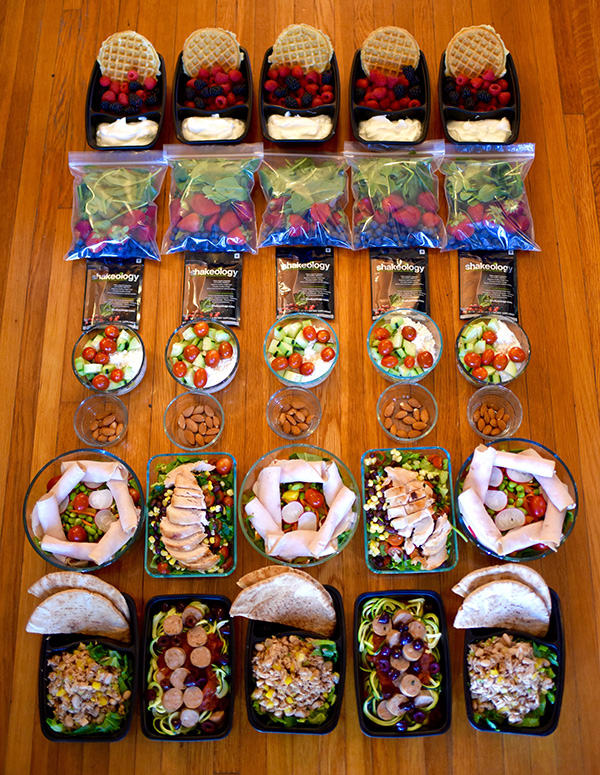 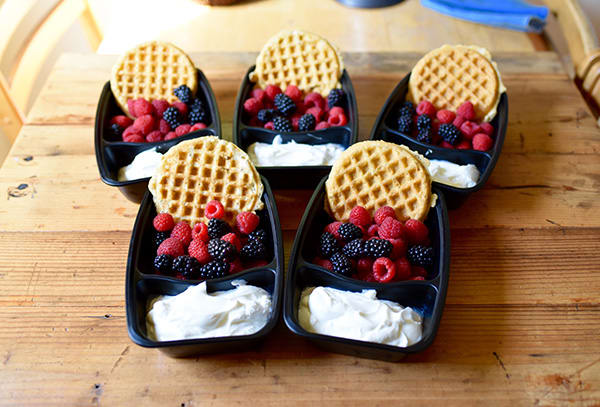 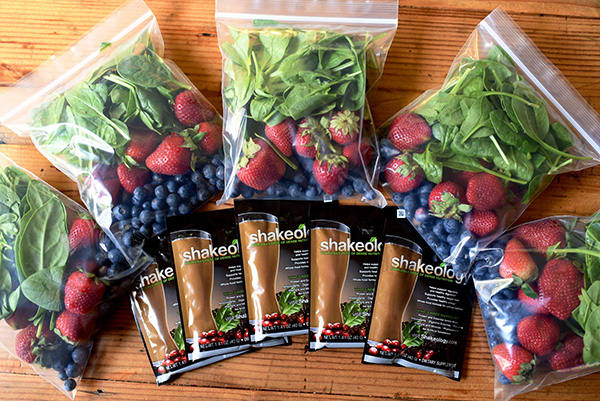 SNACK: Cottage cheese with cucumber and tomato, and almonds. 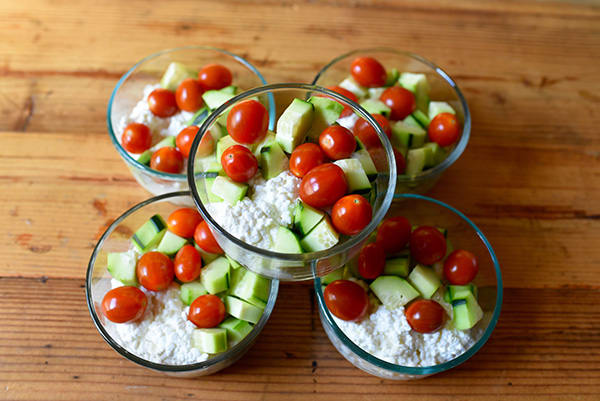 LUNCHES
M/W/F: Salad with sliced turkey, and an orange or apple. 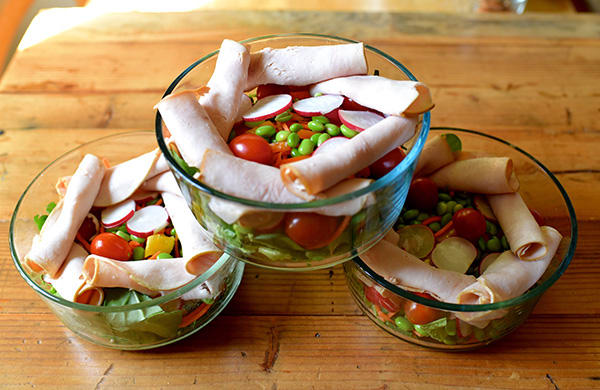 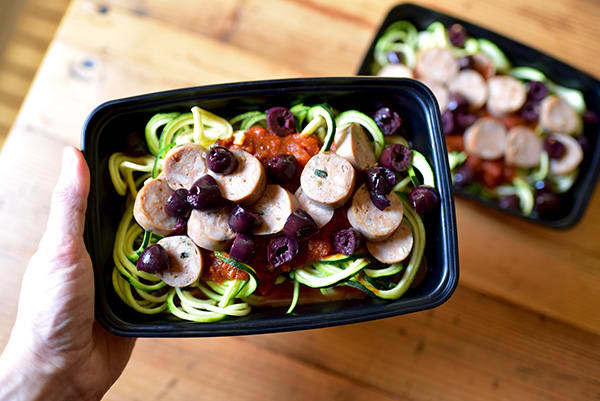 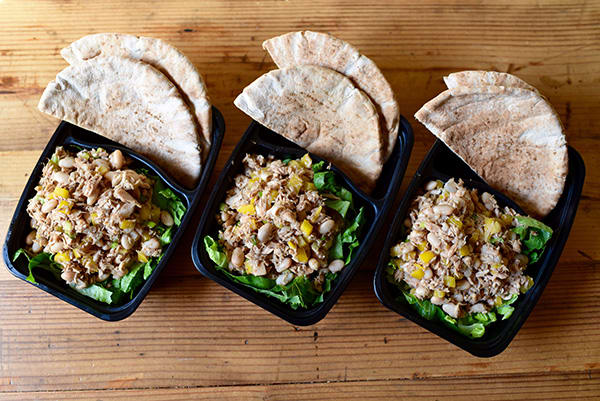 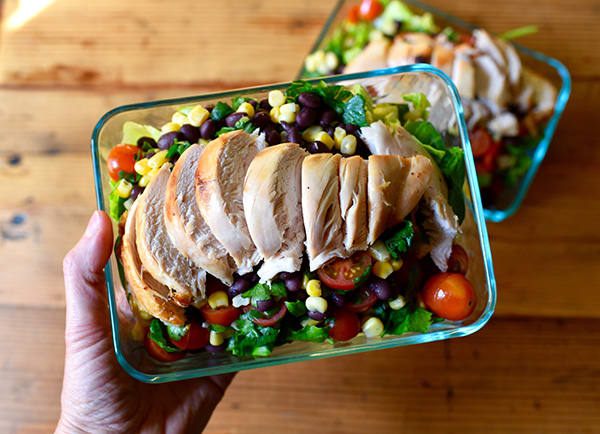 Here are the meals you’ll eat on Monday, Wednesday, and Friday: 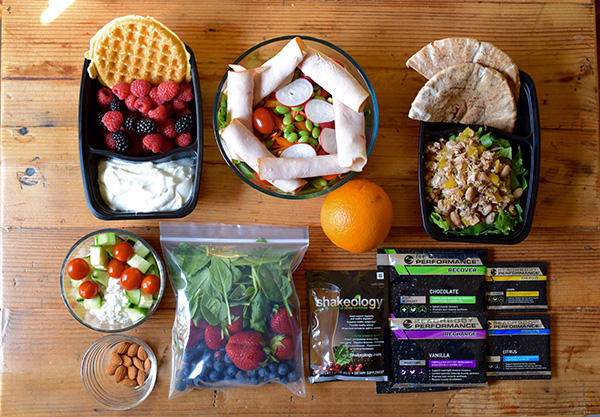 Here are the meals you’ll eat Tuesday and Thursday: 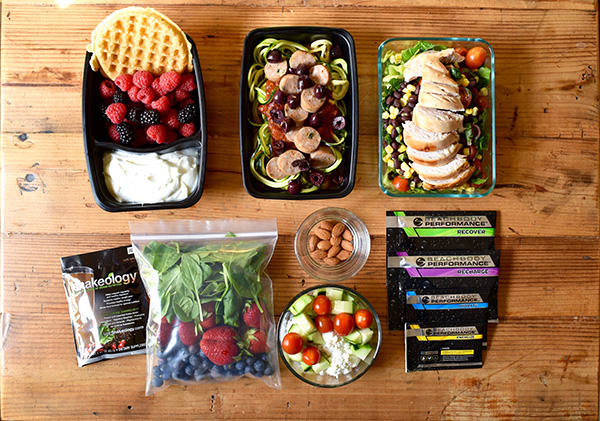 Here is your step-by-step plan for this no-cook meal prep:

Serve with one whole-grain, frozen waffle that has been thawed or toasted.

2. Prepare smoothie bags for your Shakeology snack. Measure ½ cup each of strawberries and blueberries, 1 cup of spinach, and 3 tsp. nut butter into a bag and refrigerate. You do not need to remove the leafy strawberry tops; they blend up perfectly, just like the spinach does. You can also measure out the nut butter when you make your shake if you prefer.

To prepare your smoothie, pour one pre-portioned smoothie bag into a blender with Shakeology, water, and ice, then blend.

For extra flavor, these can be topped with pepper, smoked paprika, hot sauce, or balsamic vinegar if desired.

Serve with your favorite vinaigrette and an orange (or apple).

5. Use a spiralizer or follow these instructions to make noodles out of two zucchinis: Using a vegetable peeler, cut each zucchini into lengthwise strips about ⅛ inch thick. Turn each zucchini slightly after cutting each strip to work evenly around the outside, stopping when you hit the seeds at the core. Discard cores. Cut slices lengthwise into ½-inch ribbons. Divide zucchini noodles evenly between two food containers. Top each with one fully cooked chicken sausage, ¾ cup marinara sauce, and 10 olives.

When it’s time to eat, heat for two to three minutes in a microwave. Serve with one yellow container filled with whole grain crackers.

6. Prepare tuna salad for pita sandwiches. In a medium bowl combine three cans of tuna, drained, one can of white beans that have been drained and rinsed, the rest of the chopped yellow bell pepper (about ¼ pepper), three chopped green onions, and salt and pepper to taste. Drizzle with two Tbsp. olive and two Tbsp. balsamic vinegar, and stir to combine.

Prepare three food containers each with 1 cup spinach (or lettuce). Divide tuna mixture evenly between the containers and place in refrigerator.

When it’s time to eat, stuff the tuna and lettuce into two halves of a whole-grain pita. It’s best to keep the pita separate from the tuna salad until it’s time to eat to prevent the bread from getting soggy.

7. Fill two food containers each with 1½ cups of shredded lettuce. In a medium bowl, combine one cup canned black beans that have been drained and rinsed, one cup frozen corn, one cup halved cherry tomatoes, four tsp. olive oil, and as much cilantro as you want. Divide bean mixture evenly between the two containers. Chop two cooked chicken breasts (or rotisserie chicken breasts) divide evenly between the containers and place in the fridge.

OPTION: Instead of eating this dish as a salad, omit the corn, and when it’s time to eat, wrap all ingredients in a whole-grain tortilla.