But what are your options when it comes to meat substitutes?

There are many great vegetarian protein sources out there these days that giving up meat (for a meal or a lifetime) is easier than it used to be.

Online and at grocery stores, your options for buying meat substitutes are more plentiful than ever before, from next-gen fake beef to staples people have been eating since ancient times, like eggs and beans.

(Fun fact: According to archaeologists, Roman gladiators were likely vegetarian.)

Here are five types of popular meat substitutes you can weave into your weekly meal plans.

While the brand names may vary at your local supermarket, most of the products you’ll spy in the meat substitutes section (usually near the produce section) will fall into one of these categories. 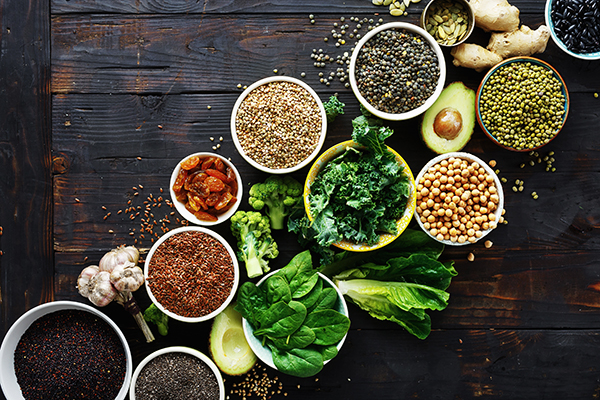 You can swap black beans for ground taco meat, lentils for sausage in soup, or white beans for chicken in your favorite casserole.

You can also easily make your own vegetable-based burgers from lentils, peas, chickpeas, beans, soybeans, and more. 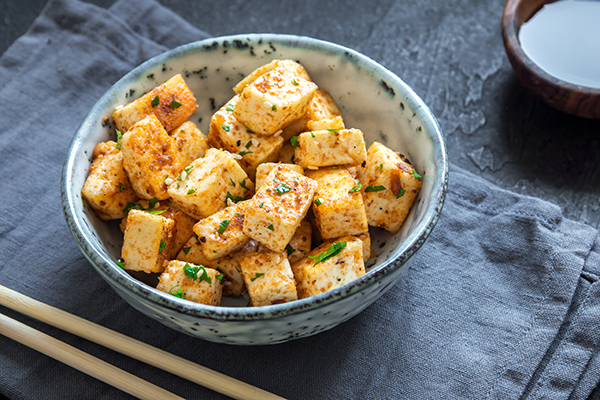 2. Tofu, Tempeh, and Other Soy Products

Soy-based foods are a common base for meat alternatives, since they are a complete protein.

Similar to the way you make cheese, tofu starts with soy milk turned into curds and comes in varying textures, from soft to firm.

Think of it like a clean slate, ready to take on the flavor of any spice, sauce, or seasoning.

Tempeh is made from fermented, cooked soybeans and has a firm texture and nutty flavor.

One great way to use tempeh is as a swap for ground meat in chili. It’s also wonderful marinated, sliced, and baked, in place of deli meats and as a bacon substitute.

Seitan is a meat substitute made from wheat gluten, which provides the protein in wheat.

It has a similar texture and color to cooked meat and is a popular base for meat substitutes for bacon and deli slices.

Some of these products might contain more salt or oils than you want to consume, so read the labels.

“When you are looking at faux meat products, look for those that are lower in saturated fat and sodium,” says Sharon Palmer, M.S.F.S., R.D.N.

Upton’s Naturals is a cult fave for hot dogs, bacon, and sausages made with seitan, but check your local market for a variety of brands.

No Evil Foods is another brand of “wheat meat” that’s gaining fans for their tasty “chicken” and “chorizo” meat substitutes.

Some are also made from soy protein concentrates.

These products replace everything from gyro strips to chicken nuggets in a convincing way.

While they are more processed than tofu, tempeh, or seitan (and can be high in sodium), they are tasty ways to satisfy a craving without meat on occasion.

Both Impossible Foods and Beyond Meat sell “raw” plant-based meats that look like uncooked ground beef.

Beyond Meat also sells sausages; they taste so much like the “real deal” though that opinions tend to be mixed.

“Some people like the new modern faux meats that ‘bleed’ and look and taste like real meat,” says Palmer. “Others don’t like the taste of meat and prefer beans, peas, and grains.”

The Impossible Burger is touted as tasting just like real beef, due to heme — which is what makes meat taste like meat — extracted from soybeans.