You’re probably crossing your fingers, hoping the answer is an emphatic “Nope!“

No junk, nothing to worry about … right?

Unfortunately, it’s not quite that simple.

Still, rumors that that seltzer water — like La Croix — is bad for your health may not hold up under scrutiny.

We should preface this by saying that research on the general health effects of seltzer is scarce, but in the name of fizzy deliciousness, let’s examine the existing evidence.

Does seltzer water hurt your stomach?

Let’s start simple. A small study from 2002 showed that seltzer poses no harm to your stomach. In fact, it may alleviate indigestion and constipation.

So, potentially no worries there.

Does seltzer water weaken your bones?

A 2006 study looked at this very question.

The study featured 2,500 male and female participants and found that cola might weaken the hips of older women, but the researchers found no bone-density risk from other carbonated drinks.

It’s another reason to stay away from soda, but it’s not a red flag when it comes to La Croix or other seltzer waters.

Can seltzer water harm your teeth?

Here’s where things get a little complicated, so stick with us. It’s a basic scientific fact that dissolving carbon dioxide into water (which is how seltzer gets its wonderful bubbles) puts carbonic acid in the water.

If the dentists in the room are getting jumpy, it’s because they can already see where this is going.

A 2001 study published in the Journal of Oral Rehabilitation, stated that “mineral waters appear to offer a safe alternative to more erosive acidic beverages.”

They found they were 100 less erosive than soda. However, a more recent study from 2007, saw the opposite.

The researchers soaked teeth in seltzer-filled containers for 30 minutes to measure the effect of sparkling water on enamel.

They found the sparkling waters “demonstrated erosive potential similar to or greater than that of pure orange juice, an established erosive drink.”

Before you panic and start pouring all your Lime, Pure, Coconut, Pamplemousse, Mure Pepino of La Croix down the drain, here are a couple of questions that might put it all in perspective.

How much sparkling water (La Croix or otherwise) do you drink?

If the answer is “A ton!” the relative risk is probably different than if your answer is, “Not a ton.”

Here’s the thing: While sipping on plain water is best, if you’re drinking sparkling water instead of drinking soda, that’s a big step in a healthy direction.

And if you are drinking a lot, perhaps consider drinking it through a straw. 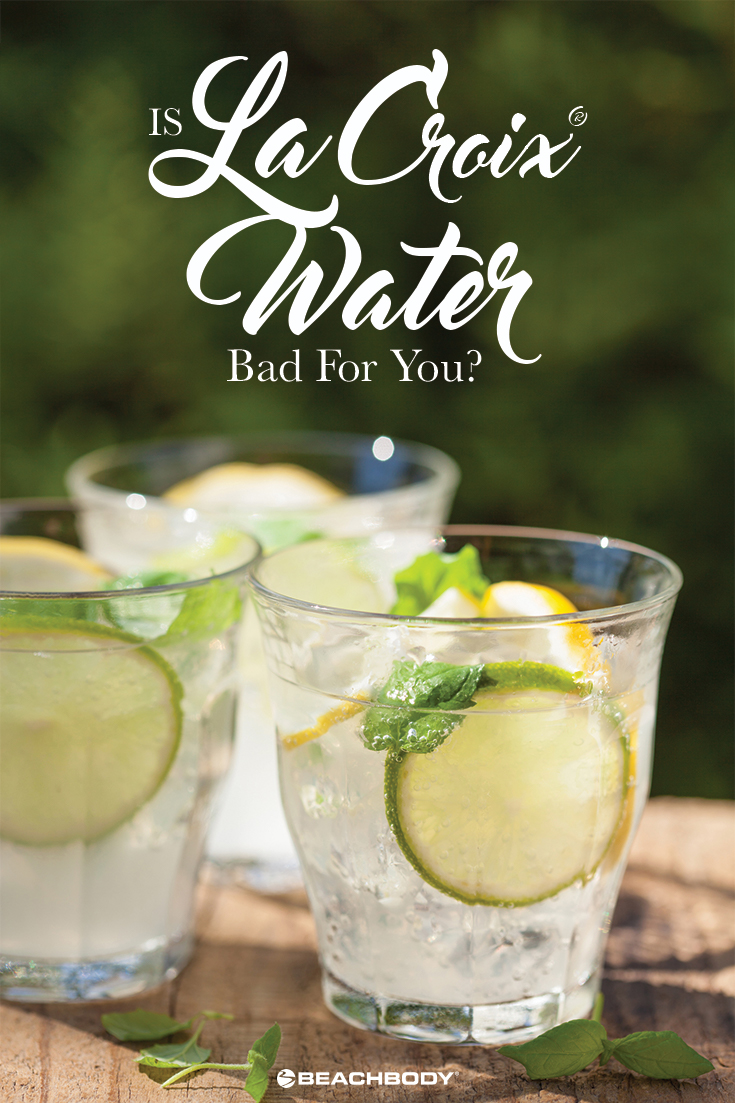 Everything You Need to Know About Bell Peppers