Losing weight is a lot like finding the perfect pair of jeans: No one style fits everybody.

It turns out that the answer differs from person to person.

How Often Should You Eat to Lose Weight?

“The recommendations for eating patterns need to be approached on an individual basis taking individual goals into consideration,” says Jessica Bachman, Ph.D. and director of nutrition education at Stronger U. 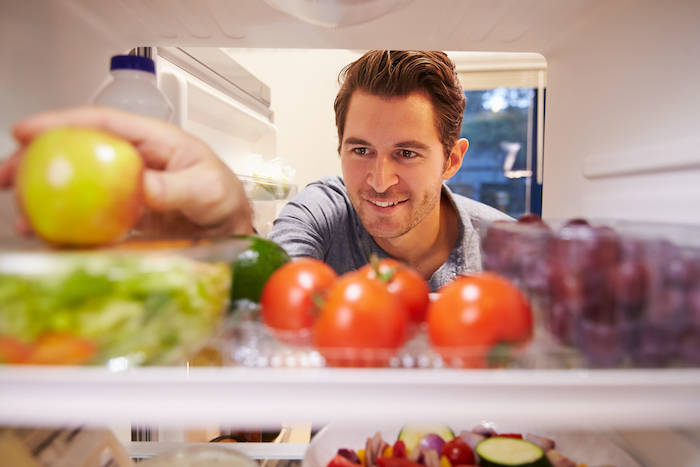 One long-running, popular approach to promote general health and weight maintenance has been to spread calories throughout the day in the form of several small meals.

Jennifer O’Donnell-Giles, a registered dietitian, exercise physiologist, and owner of Active Nutrition in Southbury, Connecticut, recommends eating small meals and snacks every three to four hours throughout the day to support your activity and keep you sated.

Doing so, she suggests, may make you less likely to consume excess calories during meals — the hungrier you are, the more likely you’re going to reach for high-calorie junk food like pizza and soda, she says.

There is some data to support this. Bachman led a study that appeared in the Journal of the Academy of Nutrition and Dietetics, in which people who were of normal weight or those who were maintaining their weights reported eating more frequently than individuals who were obese.

“The hypothesis is that if you eat small meals and snacks throughout the day, you never allow yourself to get overly hungry,” says Bachman. “We know that people tend to eat more when they are very hungry, so by avoiding this greater level of hunger, maybe people can limit overeating and therefore control their calorie intake and, ultimately, weight.”

Bachman followed up her original study with a six-month weight-loss intervention involving two groups of 25 overweight and obese adults.

Both groups lost weight — but the group that ate three times a day ate fewer calories and lost more.

“What we found was contrary to observational research,” she says. “It appeared that eating less often, and therefore being exposed to fewer opportunities to overeat, may help people with losing weight.” 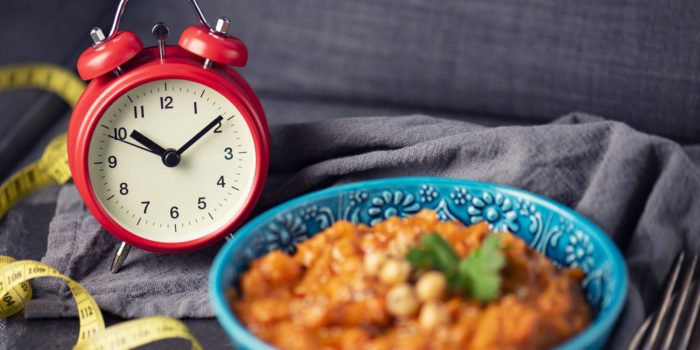 Some research (done on mice) suggests that focusing on time-restricted feeding — meaning, you focus on eating exclusively during a nine- to 12-hour period each day — could impact weight loss in those who are obese.

A study at the Salk Institute in La Jolla chose to look at time-restricted eating instead of focusing on specific types of diets or the number of meals consumed.

The mice were given a range of diets, from high fat to just sucrose or fructose. Scientists found that those restricted to an eight- to 12-hour feeding window lost weight and were healthier than those allowed food all day.

Their hypothesis: How efficiently the body handles calories is more closely related to the circadian rhythms of active and rest periods than the food consumed.

The results: Even the mice with 24-hour access to a high-fat diet and became obese lost weight once their diets were confined to the feeding time frame.

This held true for diets high in fat or sugar, even if the mice consumed the same number of calories as the all-day eaters: Those fed in the nine- to 12-hour window were leaner.

“It highlights the temporal aspect of feeding more than the calorie content, and shows it is important to eat during your active phase, which is when your body is tuned to energy expenditure and not energy storage,” says Circadian Biology Ph.D Amandine Chaix, who participated in the study and felt these results could have further positive effects when tested on humans.

Bachman said research is moving in the direction of meal timing, and may have further benefits for the aging population in addition to those overweight — especially as it relates to the consumption of protein.

“This has potential important applications for older adults who are commonly plagued with muscle loss as they age but, also, for anyone trying to lose weight,” Bachman says.

All of this may come down to a numbers game: calories. “If someone is trying to lose weight,” Bachman says, “the individual needs to create a calorie deficit, ideally by eating fewer calories and exercising more.”

If the somewhat conflicting research on when and how often to eat those calories confuses you, keep in mind that different approaches may work for different people, and the underlying point is to focus on the quality and quantity of your calorie intake.

There isn’t a one-size-fits-all approach to how you divide up those calories and when you eat them.

A healthy, well-balanced diet should include plenty of fresh vegetables and fruits, lean proteins, healthy fats (mostly monounsaturated and polyunsaturated), plenty of water, and whole grains.

This type of eating will, by default, provide you with plenty of fiber, which is believed to promote satiety, benefit your digestion and could potentially promote healthy calorie consumption.

Above all, no matter how you approach your weight loss, the end goal should be not only losing weight, but also figuring out how you can sustain a healthier lifestyle in order to maintain your new weight. 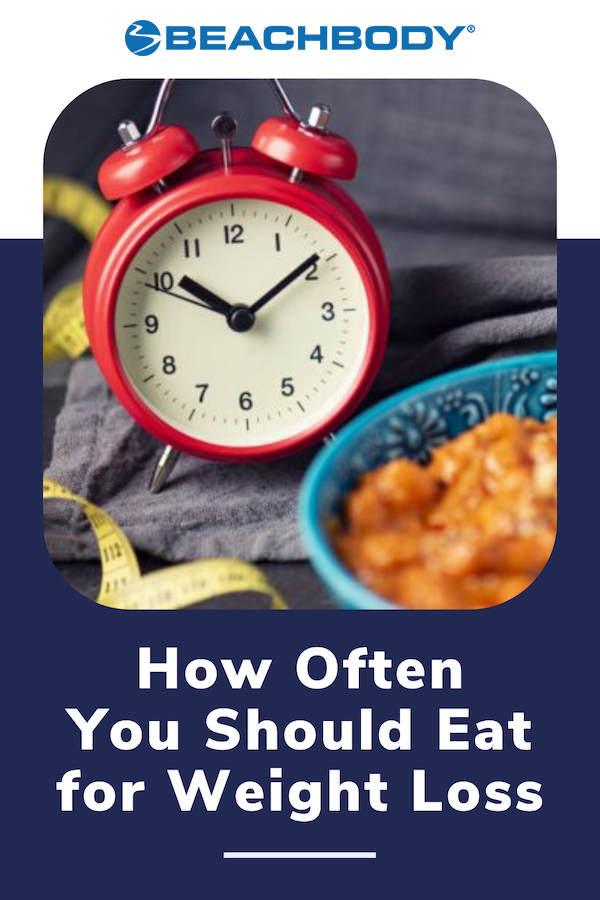