Anyone who struggles with weight loss understands calorie restriction (CR) all too well. What diet plan doesn’t require shaving calories? You may pick a high-fiber snack to fill you up here or a protein-packed meal to satisfy you there. Yes, choosing nutritious food matters, but at the end of the day, you must watch portion sizes.

While CR is effective for weight loss, the scientific world also views it as a strategy that may bring about many health benefits. Before you contemplate bio-hacking your way to a healthier and a thinner bod, let’s get some facts straight.

What Is Calorie Restriction?

CR is different from creating an energy deficit. An energy deficit is what you want for weight loss, and it happens when you burn more calories than you eat. You can get there by eating less, moving more, or both. For CR, eating less is the only thing that counts, although how much less depends on who is doing the research. Human studies on calorie restriction revealed that some cut back as much as 50 percent of usual intake — an admittedly over-the-top reduction that could translate to hard work for us hangry folks not locked in a lab cage!

Some animal studies link CR to longer lifespan and improved health. It’s not know exactly how CR works, one possible explanation for this is that CR slows metabolism and reduces the amount of free radicals produced by your body.

If you’ve forgotten high school chemistry, free radicals are highly unstable particles with unpaired electrons wandering the earth trying to sync up with their better half. OK, maybe not that romantic. Free radicals are aggressive; when they pair up, they start a chain of chemical reactions that can damage your cells down to their DNA. It’s thought that CR practiced regularly can double down on free radicals to keep you healthier.

We’ve known since the 1930s that CR could be linked to increased lifespan from preliminary cell and animal studies using different species, including worms, yeast, flies, and mice, but human trials are rare because they are difficult carry out, and well, we don’t like to walk around hungry all day. This is why the CALERIE 2 randomized clinical trial published in 2016 is so interesting. Not only are they studying CR, but they’re also studying it in non-obese humans to find out whether CR can be beneficial even if you don’t need to lose weight. 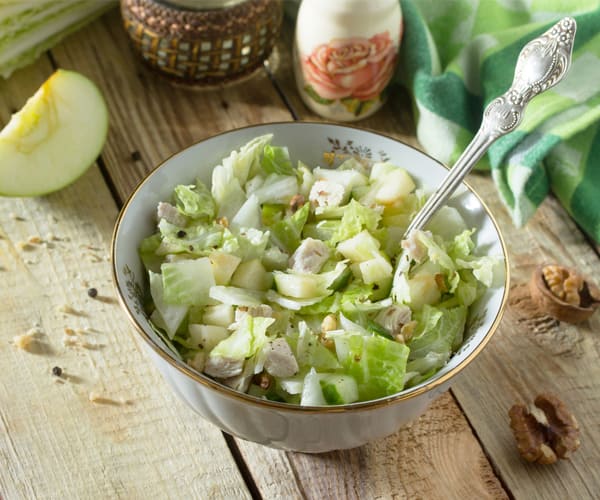 So, Is Calorie Restriction Beneficial for Everybody?

The CALERIE 2 experiment compared the effects of a CR diet and a non-CR diet on mood, quality of life, sleep, and sexual function in healthy, non-obese adults. Two-hundred eighteen participants were randomly divided into two groups, a CR group and a control group. The CR group received an intense intervention designed to keep them on track with eating 25 percent less calories than normal over two years. If you do the math, this doesn’t really stray from the American Dietetic Association’s recommended 500 calories for weight loss. The control group was told to uphold their regular diets for two years.

Measurements were taken from both groups, ranging from blood draws to self-reported questionnaires. So, what were the findings? After two years, the CR group lost an average of 7.6 kg (almost 17 pounds) per person compared to 0.4 kg (a bit under one pound) per person for the control group… no shock there! The researchers also claimed that the CR group had reduced tension, improved mood, and general health.

The researchers claimed that: Two years of CR is unlikely to harm healthy adults, and can even lead to some improvements. If you find this lacking in fanfare, you’re right. Here are four ways the study got dicy:

1. The CR group had a resource advantage. To help them restrict calories by 25 percent, the participants went through a rigorous intervention (as mentioned above). This included training to estimate portion sizes, and coaching on calorie counts and making food choices that maximized satiety (such as picking high-fiber foods, drinking more water, etc.). Carefully weighed meals were provided for 28 days, then shopping lists and recipes were provided. Trained staff helped participants navigate the challenges of eating fewer calories through sessions that included family members. I could go on, but you get the point.

2. The CR group didn’t hit 25 percent CR. Despite the numerous resources given to this group, the CR achieved an average 15.2 percent CR after one year, and an 11.9 percent CR after two years. Researchers stated they had chosen 25 percent because it was “humanly feasible.”

3. A little cherry picking was involved. Drilling into the findings, you’ll see that improvements in mood, quality of life, sexual function, and sleep were a mixed bag. For example, the mood questionnaire covered six different mood states: depression, tension, anger, fatigue, vigor, confusion. In the study, only “tension” yielded statistically significant results, and this was what the findings focused on. The same occurred for questionnaires measuring sleep duration, quality of life, and sex function. Perhaps CR did lead to some benefits, but those benefits are piecemeal. Overall, the best we can get from this is that eating a CR diet for two years doesn’t tank your mood, sex drive, or sleep as much as you might think.

When you zoom out and look at evidence from other CR studies, health benefits abound. In practice, CR is hard to follow, but, if you’re regimented and motivated, you will have a better chance of success. Remember, it’s a lifestyle, not temporary change. Consult a healthcare professional before you embark on a heavily calorie-restricted diet. For everyone else, rest assured that weight loss can feel more sustainable with a combined strategy of healthy eating and exercise.