It’s an age-old question — so we consulted the experts and research.

Along with aiding digestion, flushing out impurities, and keeping our joints lubricated, the water in our bodies literally helps us think (the brain uses water to make hormones and neurotransmitters).

While water may technically help us think and stay energized, many of us feel like we still need a little extra caffeine kick to get our minds going — and coffee and tea taste good.

There’s also some debate on caffeine and exercise performance.

Apart from water, tea and coffee are the two most widely consumed beverages in the world.

(And do we need to drink different kinds of water?)

Let’s settle the debate once and for all! 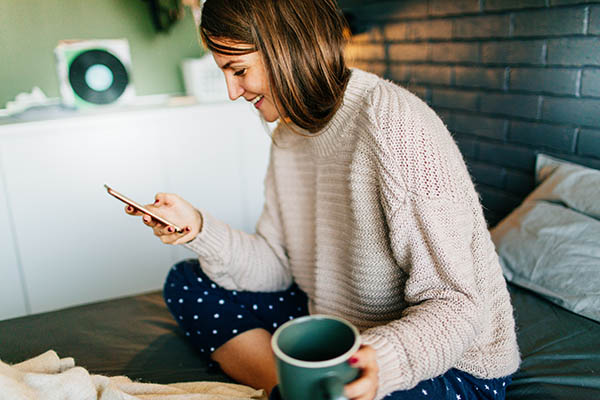 Does Coffee Count as Water?

“You don’t have to stick to plain water to stay hydrated,” explains Jordan. “Other fluids, and certain foods, count too.”

According to the Centers for Disease Control and Prevention, total water is the fluid intake from plain drinking water, other beverages, and even food.

“Coffee counts towards your fluid intake, within reason,” says Jordan. “The caffeine in coffee does have a slightly diuretic effect, meaning it can cause you to lose water.”

However, studies have found coffee only has a dehydrating effect when drunk in high amounts of at least 250-300 mg. That equals around two to three cups of coffee. Another study showed no evidence of dehydration with moderate caffeine consumption.

That sounds like good news if you love your morning cup of joe. But wait, there’s more.

Research has also found that there are actual perks to drinking coffee besides waking you up, namely phytochemicals that have antioxidant properties.

To keep coffee beneficial, “try not to exceed more than one or two cups per day and avoid adding extra sugar or syrups,” recommends Jordan.

One strategy for scaling back your coffee intake is replacing it with water — and that’s also a way to drink more water — so a win-win.

Does Tea Count as Water?

“The water in tea can contribute to our daily hydration,” explains Danielle Gaffen, M.S., R.D.N.

Black tea and green tea contain caffeine, but they have less than the average cup of coffee. Many herbal teas, such as chamomile, peppermint, and ginger, are completely caffeine-free.

“Numerous studies have shown that teas have a variety of health benefits,” says Jordan. “Green tea is one of the healthiest teas due to its polyphenol content,” which may lower inflammation. We’re also fans of matcha green tea, for increased energy, focus, and relaxation.

“I recommend choosing a high-quality green tea and allowing it to brew for several minutes to maximize the health effects,” says Jordan.

What Else Counts as Water?

The reason we need water is to keep us hydrated, but there are other hydrating liquids and foods in addition to H2O.

In a nutshell, the CDC explains: “Although daily fluid intake can come from food and beverages, plain drinking water is one good way of getting fluids as it has zero calories.”

Water is the most basic beverage to stay hydrated and keep it simple without drinking extra calories, but there are other ways to get the fluid intake you need for survival.

Coffee and tea both can count towards staying hydrated, but so do milk, juice, and most beverages. Keep in mind these drinks tend to be higher in sugar and calories.

“If you don’t like the taste of plain water, try adding in natural flavorings, such as a sprig of mint or a slice of lemon,” says Jordan.

“Some fruits and vegetables are also particularly hydrating,” she adds. “Watermelon is 90% water and makes a refreshing snack. Other hydrating fruits include oranges, grapefruits, and strawberries.”

On the veggie side, celery, tomatoes, cucumbers, and lettuce are some water-rich options.

The takeaway? Drink plenty of plain water every day, but other beverages, such as coffee and tea, also hydrate (but skip the added sugars and cream).