Walking for exercise is inexpensive, accessible, and easy on the body. But if you’ve tried to research the number of calories burned walking a mile, you’ve probably found it’s not easy to land on a consensus number.

So is that after-lunch stroll really helping move the needle toward your fitness goals?

In short: it can, but how much depends on a few factors. Your weight, the terrain, and speed all play a role in calories burned walking.

For example, a person weighing 180 pounds will burn around 100 calories per mile* on flat ground at average walking speed.

A person weighing 120 pounds will burn roughly 65 calories per mile at that same speed.

Walking faster doesn’t make much difference in the number of calories burned per mile, but it does allow you to log more distance — and therefore, burn more calories — in the same amount of time.

If, however, that same 180-pound person were to walk that same speed uphill at just a 6 percent grade, they could burn twice as many calories per mile. 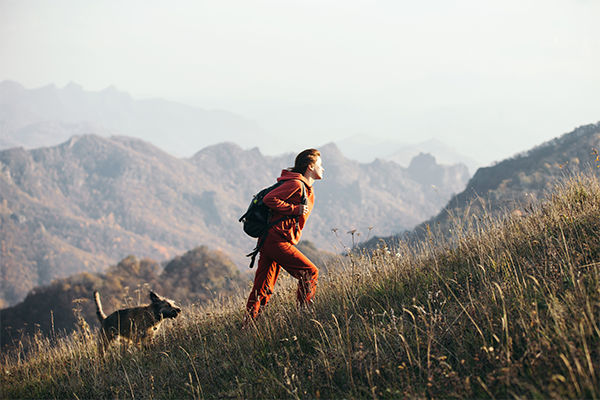 So if you really want to accelerate the number of calories burned, hills and stairs are the way to go. But as with anything, when it comes to walking, sometimes less is more.

If you have a lot of weight to lose, it may be better at least at first to maintain a moderate pace for a longer period of time than to go all-out, says Rocky Snyder, CSCS.

“It’s the story of the tortoise and the hare. Walking faster can bring about greater degrees of stress to the body and may increase the likelihood of future injuries [if you’re not ready for it].”

*Calorie values tabulated by running data from the Compendium of Physical Activities through Cornell University’s METs to Calories Calculator.