Apples, cinnamon, and cream cheese are a delicious combination in this Apple Cinnamon Quesadilla recipe.

The whole-wheat wrap crisps up perfectly in a skillet and keeps this snack in the “healthy carbs” column.

A drizzle of honey (or maple syrup if you prefer) takes this fruity quesadilla from healthy snack to tempting treat.

The original recipe is incredible, but there are plenty of ways to modify: Instead of apples, you could try sliced pears or peaches, or use an all-fruit spread like sugar-free apple butter. Swap the cinnamon for ground ginger or nutmeg.

For a slightly lower-calorie treat, choose Neufchâtel cheese instead of cream cheese (available in most grocery stores right next to the cream cheese). 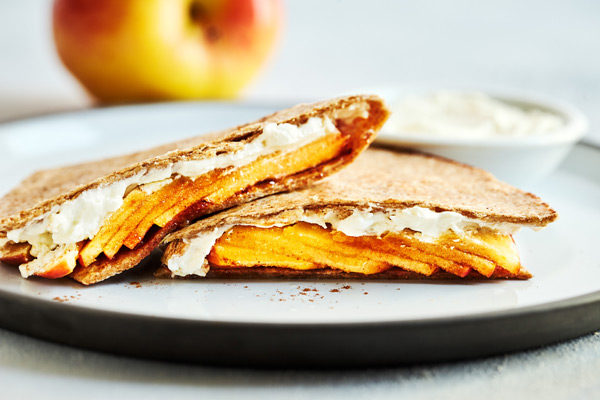 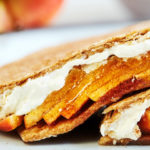 Not only is this Apple Cinnamon Quesadilla a hit with the kids, it makes for a healthier dessert or a great midday snack.

The Nutrition Facts box below provides estimated nutritional information for this recipe. 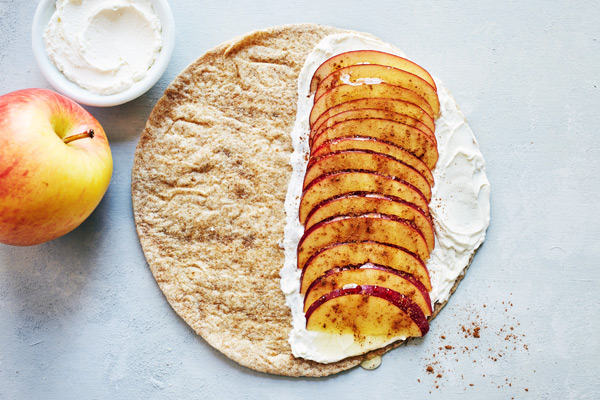 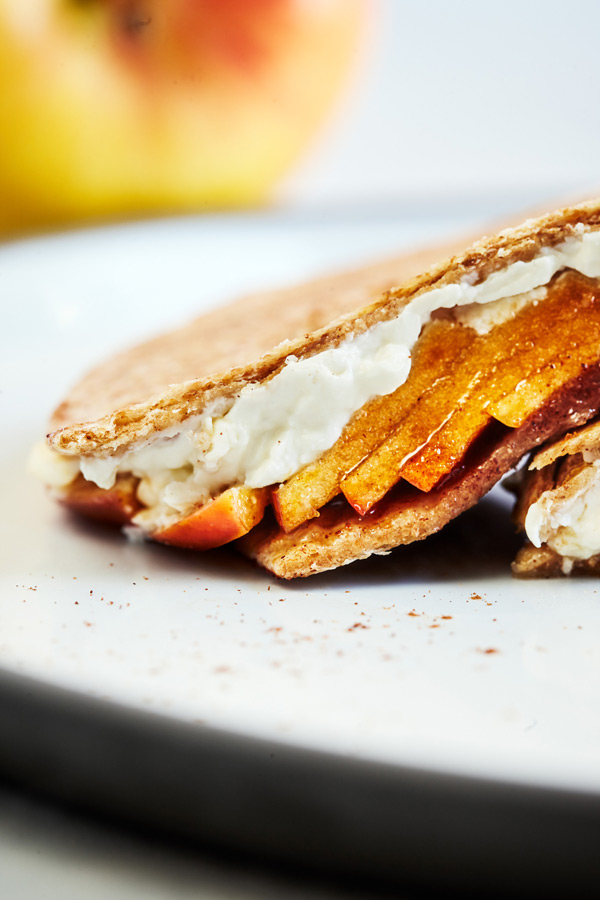 2B Mindset Plate It!
Enjoy as an occasional treat (includes a bonus FFC). Be sure to track it.

If you have questions about the portions, please click here to post a question in our forums so our experts can help. Please include a link to the recipe.