The greasy chips are calling again. Or is it gelato this time?

Wouldn’t it be fabulous if there was a way you could alter your mindset to improve your willpower and curb cravings? Proponents of hypnosis say there is some reason to believe that it may be helpful. So, you are about to get very, very sleepy…

The American Society of Clinical Hypnosis (ASCH) describes hypnosis as a “state of inner absorption… when our minds are concentrated and focused, we are able to use our minds more powerfully.” In other words, a relaxed mind is one that’s more open to suggestions for change.

While you may avoid getting hypnotized for fear of giving up total control, know that a hypnotized person is not asleep, is aware of what’s going on at all times, and cannot be forced to do something he or she does not want to do!

An older study by the American Psychological Association found that people who were hypnotized — in addition to doing behavioral changes like talk therapy — lost more weight and were able to keep it off for at least two years. (Those in the behavioral-only group also lost some weight, but didn’t do as good as job at maintaining it.)

Ongoing research from Penn State uses hypnosis as a tool to better understand the brain, including its response to pain and to appetite. An older study from the Journal of Consulting and Clinical Psychology found that women who were hypnotized for weight loss shed an average of 17 pounds within 6 months, compared to a mere half a pound in the control group.

Would You Try Hypnosis to Curb Food Cravings?

It’s worth noting that several studies are fairly old (from the 1980s and 1990s) but that doesn’t necessarily mean that hypnosis for weight loss is bunk: “It’s hard to do good [clinical] research on this because it has to be hypnosis versus a placebo, or hypnosis versus a diet pill… and even regular [talk] therapy would probably be somewhat effective,” says Sera Lavelle, Ph.D, a NYC-based clinical psychologist and certified hypnotist. (She says she’s seen very positive results with hypnosis and depression and eating disorders.”)

She’s not alone. A number of credible mental health professionals — including licensed clinical social workers, psychologists, and psychiatrists — have begun incorporating hypnosis into their practice. It’s currently offered at the Cleveland Clinic, Johns Hopkins School of Medicine, and other reputable institutions around the country.

Getting Hypnotized is Like Living in a Deep Daydream

When you are under, “it’s a heightened state of relaxation that helps you get more in touch with your unconscious,” Lavelle explains. She says the term “hypnosis” may mean different things to different people, but it generally entails becoming fully relaxed by entering a trance-like state, then listening to a hypnotist as he or she speaks in a monotone, calming voice.

The basis of those suggestions must come from you, though a hypnotist should work with you to craft responses that are appropriate, says Lavelle. She says people often hope she can hypnotize them to never desire sweets or to magically turn off their appetite, but she doesn’t recommend focusing on those types of goals.

Instead, she finds it’s more effective to focus on becoming more aware of what the body needs. “Most people are ambivalent,” explains Lavelle. They think they want to keep eating how they’re eating but they also wants to lose weight.”

Everyone’s looking for that magic bullet.

“I ask them if, in a magical world, they could binge and not gain weight, would they be happy with that? Everyone says no, because it still won’t feel good,” she says.

Lavelle notes that other practitioners might use slightly different methods, but her primary aim in hypnosis sessions for weight loss and food cravings is to help clients learn how to focus on the signals of satiation. 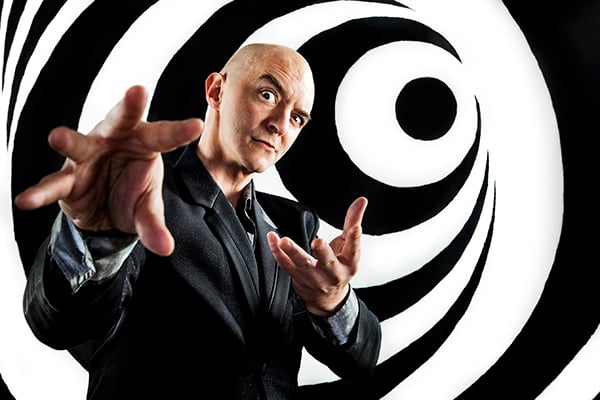 Here’s What to Expect When You Get Hypnotized

To understand how hypnosis works, it helps to start with what it’s not.

Despite what you might have seen during an entertaining performance in Las Vegas or on TV, a hypnotized person is not a zombie. A hypnotist doesn’t have the power to make you cluck like a chicken, rob a bank, or do anything else that’s completely out of character.

There’s a big range in terms of how many sessions you’ll need, what it will cost, and what, exactly, a session will involve. Lavelle’s appointments usually last an hour, with the first half spent discussing the problems at hand.

She’s found that some people only need a single session to see results, while others may need 5–10 sessions, in addition to other treatments such as talk therapy. She’s also quick to point out that hypnosis is not a cure-all, and that tweaking your mindset is only part of the puzzle when it comes to weight loss and eating healthier.

”Most of my clients know exactly what they should be doing; they just need help doing it,” she says, adding that she tends to be a patient’s “last resort” after they’ve already tried numerous diets. And it can’t hurt.

To find a credible hypnotist near you, visit the ASCH website.