There are a lot of assumptions made about breastfeeding. It’s the best way to deliver nutrients to your baby; it’s the most natural way to feed your little one; it wreaks havoc on your nipples, and changes the shape of your beautiful breasts forever.

Perhaps one of the biggest ones, at least for moms who can’t wait to drop the baby weight and get back in shape: It burns massive calories, and is “nature’s way” of helping new moms lose weight.

Because this last notion can be so crucial to moms who might long to regain some control over their postpartum bodies rather quickly, let’s dispel the myth that breastfeeding will automatically help you lose weight.

Yes, breastfeeding burns calories, and may help lower body mass index (see myth #1 below for more details), but you can’t skip the basic weight-loss principles (and overall good health) of keeping an eye on total daily calories, moving more, and choosing quality whole foods to fulfill your nutrition needs and those of your baby. 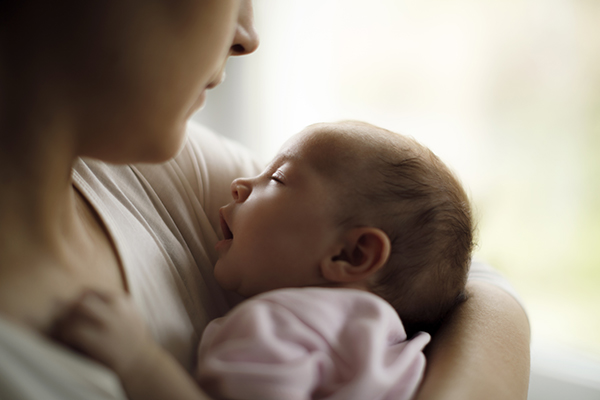 The American Academy of Pediatrics recommends that babies be exclusively breastfed for the first six months of life, and then at least partially for the next six months (since you can introduce solid foods at this point).

Outside of that, though, the decision of whether or not to breastfeed, how often to do it, and when to stop is highly individualized.

“Ultimately, each individual mother is uniquely qualified to decide whether breastfeeding, mixed feeding, or formula feeding is ‘best’ for her individual situation,” says Alison Stuebe, M.D., distinguished scholar of infant and young child feeding at the Carolina Global Breastfeeding Institute, and associate professor of maternal-fetal medicine at the University of North Carolina at Chapel Hill.

We’re not here to tell you what choices you should and shouldn’t be making. But we are here to make sure you’re accurately informed.

From whether or not to use formula to sore nipples to abstaining from caffeine and alcohol, there are a ton of rumors around breastfeeding.

But which are true and which are myths? We had experts weigh in on 12 of the most popular ones so you can better decide what’s best for you.

12 Myths About Breastfeeding: What’s the Truth?

Truth: Unarguably, breastfeeding causes you to burn calories — the American Pregnancy Association recommends consuming an extra 300–500 calories a day. A Dutch study published in the American Journal of Clinical Nutrition found that breastfeeding could help women — with the exception of those who weighed the most before pregnancy — eliminate weight gained during pregnancy (about 26 pounds) after six months.

What’s more, a study in the International Journal of Obesity looked at nearly 750,000 women ages 50 to 64 and found that those who had breastfed their babies not only had a lower body mass index (BMI) than those who did not breastfeed, but they also decreased their BMIs by one percent for every six months they breastfed.

“Breastfeeding mothers tend to feel hungrier, which means they may snack more to make up for those extra calories burned. The choice to consume healthy or unhealthy snacks, and the quantity a mother consumes is what may ultimately drive some moms not to lose the pregnancy weight via breastfeeding alone,” Gruber says.

You’re still “eating for two” when you breastfeed, meaning that you pass along whatever nutrition you take in to your baby.

This does not mean that you should eat as much of whatever foods you’d like, especially if those foods aren’t nutrient-dense.

Eat enough calories to fuel your body properly for nursing, and whatever exercise program you may be doing.

If you’re following a Beachbody program, you might want to bump up to the next (higher) calorie bracket (considering that breastfeeding burns an extra 300–500 calories per day).

2. Myth: You can’t breastfeed if you have breast implants

Truth: It’s safe for mothers and for babies to breastfeed if mom has implants, Alison Stuebe reassures.

But if you have had plastic surgery, it’s important to let your doc know. Why? Your natural breasts may affect how well you produce milk.

“If one breast was much smaller than the other, or if you had minimal breast tissue, you might make less milk, so it’s important to work closely with your baby’s provider to monitor early weight gain so that you and your baby get off to a good start,” Stuebe adds.

If you have breast implants and plan to breastfeed, you may need to supplement to ensure your baby gets enough to eat.

3. Myth: You must use both breasts each time you feed

Truth: It’s a good idea to offer both, Gruber says. “Sometimes babies lose vigor and stamina at the breast because they are tired, yet not necessarily full. They can become tired from sucking on a breast that isn’t yielding as much as they need,” she explains.

Her recommendation: “Use your first breast until a baby loses vigor or stamina since this is the most accurate way of knowing if a healthy baby is getting full. Stop and burp him or her, then always offer the second breast in case baby has made room for more [after] burping.”

4. Myth: Modern formulas are almost the same as breastmilk

Truth: Formula makers may market their product as being almost as good as the real thing.

“Breastmilk is a living fluid. Formula is not,” Stuebe says. To illustrate, scientists have found that human milk contains immune and stem cells, as well as bacterial community.

“A mother’s milk contains bacteria that colonize her baby’s gut, helping to grow the baby’s immune system. And while some formulas have added prebiotics and probiotics, they are fundamentally different from breast milk,” Stuebe explains.

Truth: “There are millions of women everywhere who have stressful lives and poor nutrition yet are still able to produce perfect amounts of milk for their babies,” Gruber points out.

Low milk supply is generally caused by poor breastfeeding management (such as not feeding baby frequently, or a shallow latch), hormonal issues in mom, or oral issues in the baby that would cause poor milk transfer, she explains.

Truth: Great news, mamas — this one is definitely a myth.

“It takes about two hours for a single serving of alcohol (5 oz. of wine, 12 oz. of beer, or 1.5 oz. of liquor) to clear a woman’s bloodstream. When it clears her bloodstream, it also clears her milk,” Stuebe explains.

More alcohol does take more time to clear out, so you may need to pump and discard milk if you’ve had two or three servings.

7. Myth: Breastfeeding is supposed to hurt

Truth: “Breastfeeding may feel new and different, but it is not supposed to hurt,” Gruber says.

With the exception of childbirth, pain is the body’s alert system when something is wrong, so nipples that hurt mean that something is off and can be improved.

“Moms who feel nipple pain, see or feel their nipples injured, or see misshapen nipples when her baby unlatches should seek help,” she adds.

8. Myth: Breastfeeding drastically changes the shape and size of your breasts

Truth: For starters, it’s important to understand that pregnancy is what changes your body, not breastfeeding.

Your breasts will change — but only temporarily.

“Breastfeeding can drastically change the shape and size of a woman’s breasts — but only during certain seasons of nursing, such as when mom’s milk is transitioning from colostrum to mature milk,” Gruber says. “Breasts normally return back to pre-pregnancy size and shape after a woman has ended her breastfeeding season.”

A study published in the Aesthetic Surgery Journal reviewed the charts of 93 patients seeking consultation for aesthetic breast surgery and found that breastfeeding does not appear to have an adverse effect upon breast appearance.

9. Myth: Breastfeeding is just about getting the milk to your baby

Truth: Nurturing your baby is about so much more than nursing.

“Breastfeeding is about fostering a biological connection between a mother her child, and a mother can nurture her baby at breast no matter how much milk she makes,” Stuebe says. “Suckling a baby triggers the release of the hormone oxytocin, which can encourage bonding and mothering behavior. A baby who is at breast can hear mom’s heartbeat, and can focus his eyes on mom’s face.”

“Even moms who don’t provide 100 percent of their baby’s nutrition from their breasts are still able to offer them for suckling, warmth, and comfort. Being an infant’s food source is just one of the many hats that breasts wear when it comes to babies,” Gruber adds.

10. Myth: Smaller breasts may not produce enough milk to feed the baby

Truth: Bra size isn’t a reliable predictor of milk production, but some breasts do produce better than others, Stuebe says.

And the shape matters, too — widely spaced or cone-shaped breasts can be associated with low milk production, Stuebe adds.

“It’s not easy to predict milk-making based on breast size, which is why it’s important that all moms and babies see a pediatric provider at three to five days after birth to check in on how breastfeeding is going,” Stuebe says. 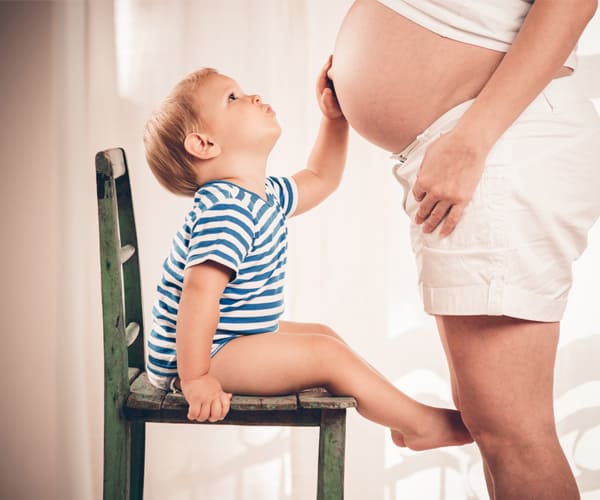 11. Myth: You can’t get pregnant while breastfeeding

Truth: We don’t know who started this rumor, but breastfeeding is definitely not birth control. “You can absolutely get pregnant while nursing,” Gruber reassures.

Frequent nursing does prevent ovulation. But, if you pump and use bottles, or your baby doesn’t want to eat often, you’re going a longer time between feedings at the breast than a mom who breastfeeds every couple of hours.

“This break can cause a mom to ovulate earlier… thus sparking mom’s fertility even if that mom hasn’t had her first period yet after childbirth,” Gruber explains.

But can contraception impact the quality of your milk?

An article published in Clinical and Obstetrics and Gynecology found that the choice and timing of contraception — with nonhormonal methods being the “preferred choice” — may influence breastfeeding and infant growth patterns.

The bottom line: Talk openly with your doctor to explore all of the options to find out what works best for you and your baby.

12. Myth: The longer you breastfeed, the healthier your baby will be in adolescence

A study analysis published in Maternal & Child Nutrition, of which Stuebe was a part of, found that for every 597 women who optimally breastfeed, one maternal or child death is prevented.

However, that’s on a population level.

“For an individual mother and her child, there are many, many things that contribute to her child’s health in adolescence, of which breastfeeding is just one,” Stuebe adds.

If breastfeeding is extraordinarily difficult for that mom and baby, the struggle to make it work may not be worth it.

While nursing isn’t the golden ticket to a pre-baby body, it does burn calories and, paired with a healthy lifestyle and thoughtful nutrition plan, can help you slim down to your pre-pregnancy weight more quickly if you’re careful.

Just don’t be overly restrictive when it comes to calories and the quality of your calories.

Is It Possible to Cycle Your Way to Weight Loss?