A little overweight? Maybe. But if you’re leaning towards obese, the answer is, generally, no. The laundry list of ailments that accompany excess body fat grows every day: type 2 diabetes, high blood pressure, cancer, osteoarthritis, sleep apnea, and on and on.

Again, I’m not talking about a few extra pounds. You can be healthy as a horse without a six-pack or that little gap skinny women have between their thighs when they wear boy shorts. If you eat a nutritious, varied diet and exercise regularly, you may not be as thin as the bikini model who lives across the street, but you’re fine. Healthy comes in all shapes and sizes — except maybe XXXL.

What Does It Mean to Be Overweight or Obese?

The Center for Disease Control — along with most authorities — uses Body Mass Index (BMI) to determine if a person is overweight or obese.

Theoretically, the math is simple: Take your weight, in kilograms, divided by your height in meters, squared, or BMI = kg/m2. If you’re not savvy to the metric system, that equation might as well be E=mc2, so you can just use an online calculator instead.

Once you have that number, here’s the breakdown:

And obesity has its own levels:

But don’t get too locked into these numbers. BMI isn’t terribly reliable since it doesn’t account for muscle mass. Also, it doesn’t account for the type of fat you’re carrying. Current thinking is that visceral fat, which gathers around your internal organs and makes your belly bulge, is far more dangerous than subcutaneous fat, which happens all over your body. Keeping this in mind, fat distribution may be as or more important than how much of it you have. An “apple-shaped” body indicates more visceral fat than a “pear-shaped” body. Also, keep your waist size below 35 inches if you’re a women or 40 inches if you’re a man.

That said, figuring out your BMI may help you gain personal perspective of the studies in this article.

The Overweight and Healthy Myth

Before considering more science, consider the common sense. Being overweight or obese means you’re lugging extra pounds around. If it’s just a matter of five or six pounds over your ideal weight, then it’s not that big of a deal. It’s kind of like spending all your time with a backpack filled with textbooks. But once you go beyond that, you’re putting a lot of strain on your body. Imagine carrying around a 50-pound dumbbell all day, every day. It’s almost as though you’re forcing your body into a perpetual state of overtraining. That extra weight puts pressure on your joints, which can lead to arthritis. It also puts extra pressure on your cardiovascular system, which can lead to heart complications.

Then, there’s the question of diet. Overweight people tend to eat too many calories — and those calories are often heavy on the refined carbs and “bad” fats. Both of these substances can cause a buildup of plaque on arteries. Refined carbs can also cause insulin resistance, leading to type 2 diabetes.

There are also the other illnesses that, according to the National Institute of Health, are statistically higher in heavier people, including colon, breast, endometrial, and gallbladder cancers, sleep apnea, and gallstones. 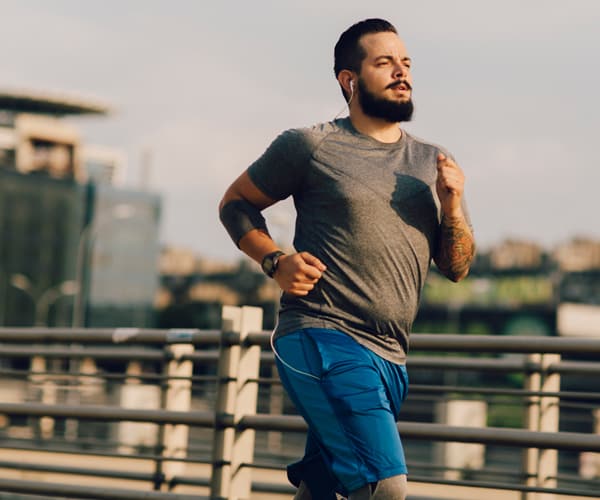 The “fit and fat” debate hit the spotlight in January 2013 when a meta-review in the Journal of the American Medical Association (JAMA) came out claiming that overweight people lived longer than skinny people. Advocates of the overweight lifestyle, or “fatvocates,” took to the streets, singing the praises of the study.

Much of the media glossed over the fact that the JAMA study made a distinction between “obese” and “overweight.” Overweight people were the ones who supposedly lived longer. Grade 1 obese people with a BMI between 30 and 34 fared the same as normal-weight people. People with a BMI of 35 or more had the highest risk of death of anyone.

Unfortunately (for overweight people), the review turned out to be flawed and spent the rest of 2013 being roundly criticized. The Center for Science in the Public Interest reported on a number of flaws in their newsletter Nutrition Action. The study didn’t account for smokers, who tend to be thinner. It didn’t account for people with cancer, dementia, or emphysema — all who tend to lose weight. It also didn’t account for age, and people tend to lose weight before they die of old age–related illnesses. So people can become thin — too thin — when they’re sick or dying, but that doesn’t mean being thin was the cause of death. Not accounting for this threw off the numbers.

Next, the Canadians jumped into the fray, releasing their own meta-review that accounted for people with metabolic syndrome — a group of conditions that includes high blood pressure, high blood sugar levels, dodgy cholesterol, and excess abdominal fat. These put you at higher risk for heart disease and diabetes. They found that metabolically unhealthy people were at risk regardless of weight. However, when they looked at people without metabolic issues, they found that obese ones had a higher risk of death.

And, of course, there are other studies such as the National Cancer Institute’s research in The New England Journal of Medicine, which crunched its own numbers and discovered that, among nonsmokers, normal-weight people had a much better chance of living when compared to even mildly overweight people.

Adding to the beatdown is a 2016 meta-analysis featured in The Lancet that reviewed 239 studies over 10.6 million people across four continents connecting overweight and obese people with “all-cause mortality.” In other words, even if you win the genetic lottery and experience “metabolically healthy” obesity, metabolism is just one of many systems that excess pounds can impact. Even if you dodge diabetes, cardiovascular disease and cancer may be waiting in the wings. And just consider the basic biomechanics of lugging all that extra weight around. It wears on the joints which, in turn, makes you an ideal candidate for arthritis.

What About the “Obesity Paradox”?

Sometime in the early 2000s, the notion of obesity having some protective cardiovascular benefits in some situations arose in scientific circles. That aforementioned Lancet meta-analysis largely puts the theory of an “obesity paradox” to bed, but that aside, looking at the studies supporting the paradox exposes them as rather odd. A study in the Annals of Internal Medicine on type 2 diabetes patients showed that overweight and obese people were more likely to have cardiac events, but overweight ones — and not the obese ones — had lower mortality rates than people of average weight. Much like the 2013 JAMA study, obese people and average people had similar mortality rates.

Confused? Me too. All you need to remember is that this was a study on people with diabetes who had cardiac events — a pretty limited demographic.

Another report in Mayo Clinic Proceedings supporting the obesity paradox showed that overweight heart patients had the lowest occurrence of cardiovascular-related morality, but not overall mortality.

In other words, if you start nitpicking, you can find instances where a little extra fat had some limited benefits, but the bigger, broader studies tend to favor maintaining a normal weight.

Either way, if you’re obese, you should really do something about it because multiple studies have confirmed that you’re more susceptible to the shopping list of sicknesses listed above. But if you’re just a little overweight, you may or may not be in trouble; it depends on who you want to believe.

How BMI Can Be Misleading 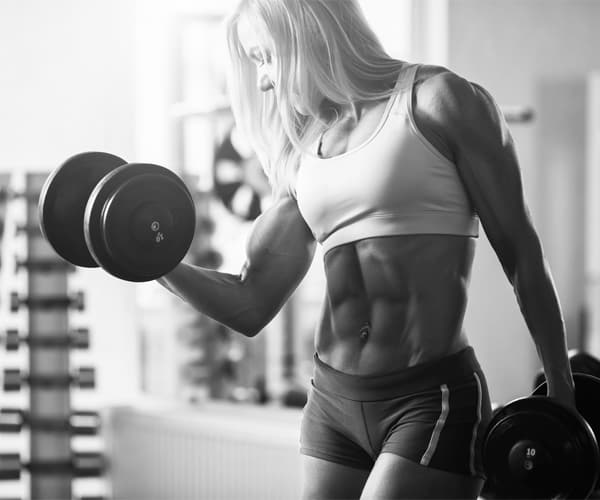 But as much as I’m a crusader for wellness-inspired weight loss, one flaw with all these studies is that they’re based on BMI, which is a faulty measurement, as I pointed out earlier. Given it’s a simple height/weight ratio, most bodybuilders — not to mention athletes in other sports requiring serious muscle — would be considered obese.

Or take me. I’m 5′ 11″, 160 pounds. My BMI is 23, which puts me right in the middle of “normal.” However, I also have about 9 percent body fat, which is considerably below “normal.” According to the American Council on Exercise, 14–17 percent is a “fitness” level and 18–24 percent is “normal.” If I added that amount of fat to my frame, my BMI would classify me as overweight, maybe even obese.

So you need to take all this science with a grain of salt.

If your BMI is 30+, your waistline is on or near to 35 inches (for women) or 40 inches (for men), and you don’t know a barbell from a kettlebell, then you’re probably obese and headed for trouble. Otherwise, use your common sense as a guide.

Does your blood work come back sparkling? Do you eat a diet that’s primarily veggies and fruits, followed by whole grains, lean proteins, and good fats? Do you eat little or no added sugar, processed food, and fried food? Do you work out or get some serious exercise at least four times a week? Do you feel good in your body? If you can answer “yes” to these things, you’re probably at a good weight — and if you’re not, you’ll get there soon enough.

How to Throw a Punch

Why 30 Day Breakaway Is a Great Running Program for Beginners